Tyler McPhee’s work has been highlighted here before, in 2008.

Artist McPhee had an installation that year entitled In Search Of…, at the Center for Contemporary Art in Rockport, Maine. It is to be recalled that McPhee’s work of art began originally in a folksy format in 2007, as a garage installation.

In 2012, as a graduate from Syracuse University’s Master of Fine Arts, Sculpture, program, McPhee’s life had evolved. In September of last year, he accepted a position working in the art field in New York City. Soon after that, he donated to me the elements of his installation, to be displayed in the International Cryptozoology Museum. We all appreciated that.

Here is the way it looked at the CCA exhibit in Rockport, 2008: 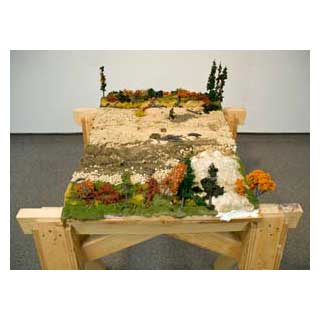 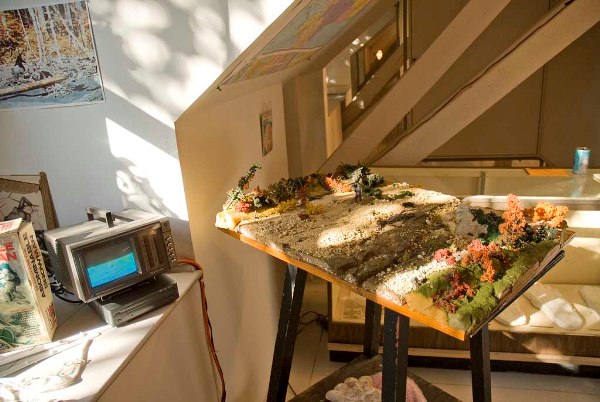 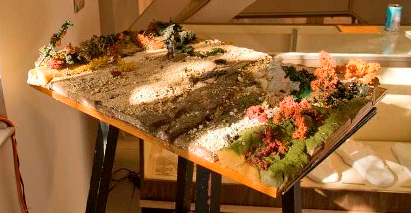 When we first placed the piece in its new home, at the ICM, it appeared this way: 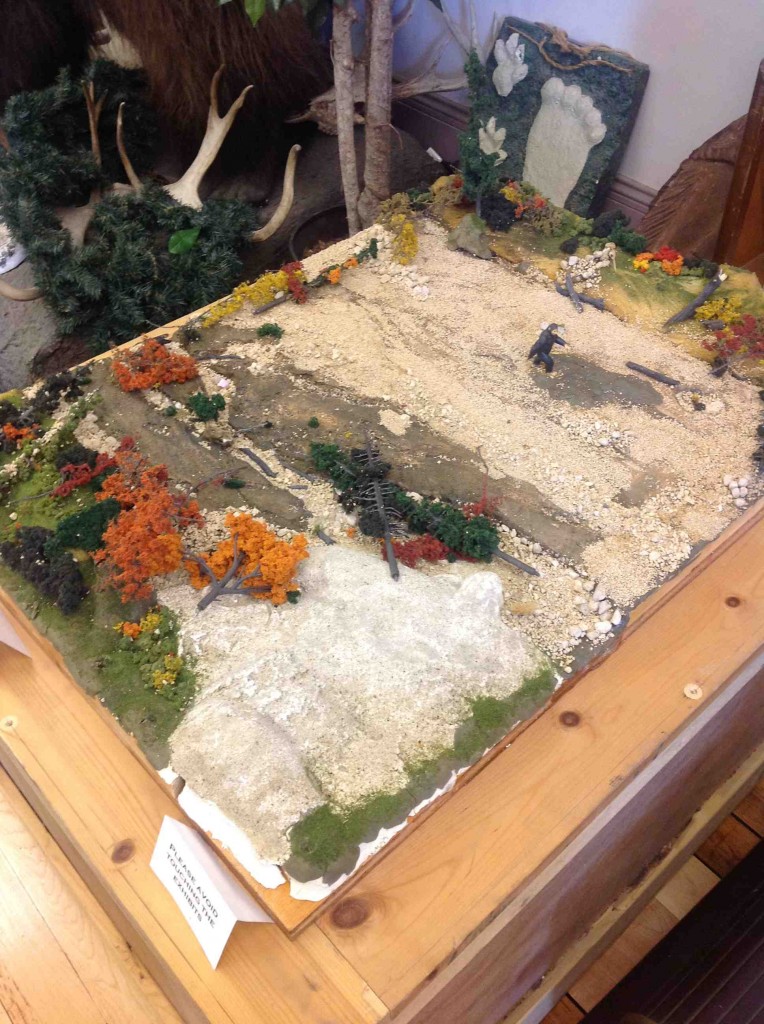 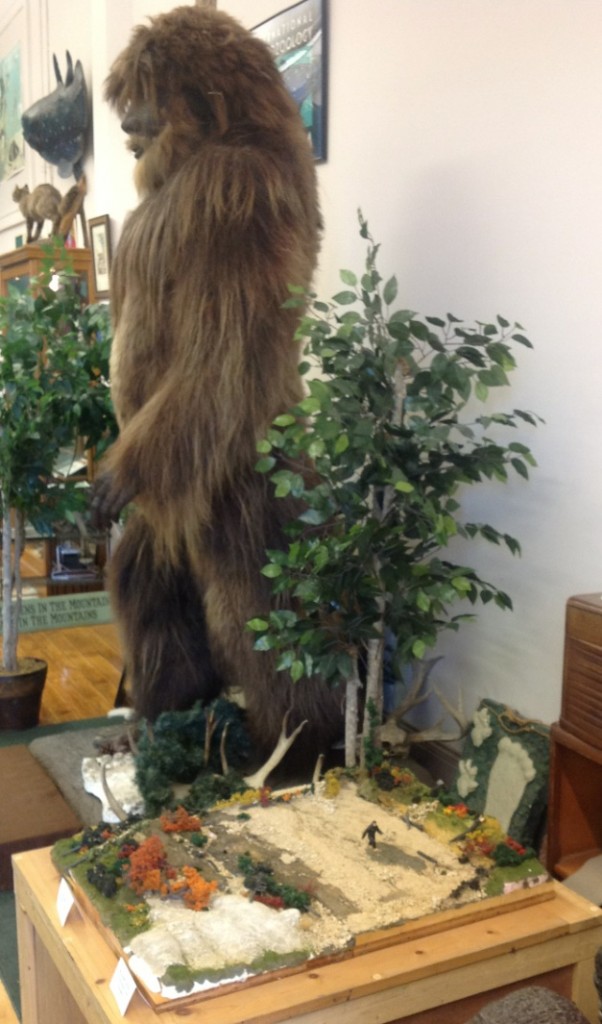 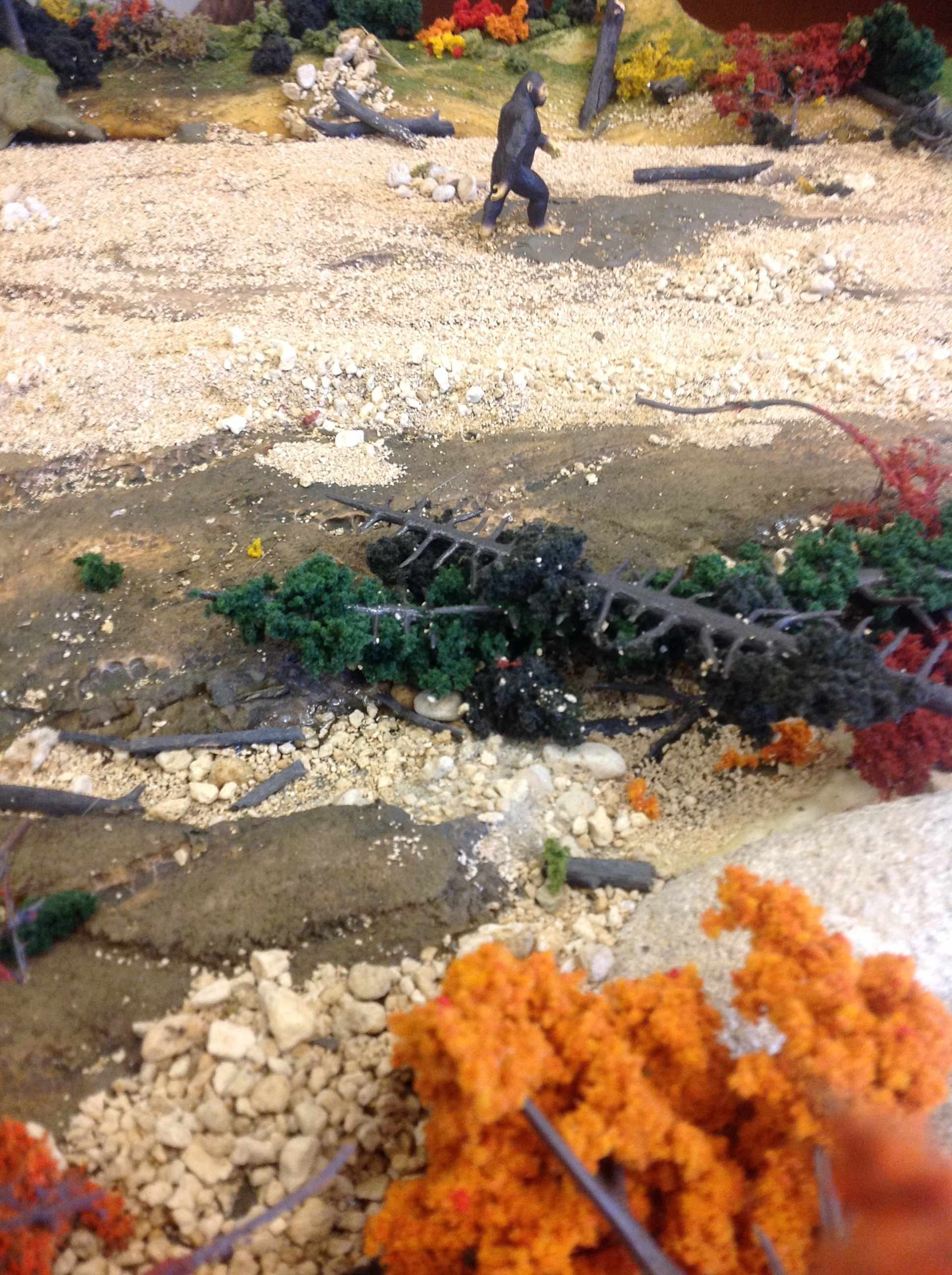 What we soon discovered, however, was that despite signs and requests, people would touch the exhibit. Too often.

On March 8, 2013, our Assistant Director Jeff Meuse recurated The Whole Picture in a glass unit; he also installed new lighting. The museum’s Meuse made McPhee’s classic Bigfoot scene into a display that enhances it.

This now serves as an ideal viewing area of the Patterson-Gimlin film diorama.

Here are some images from this new recurating: 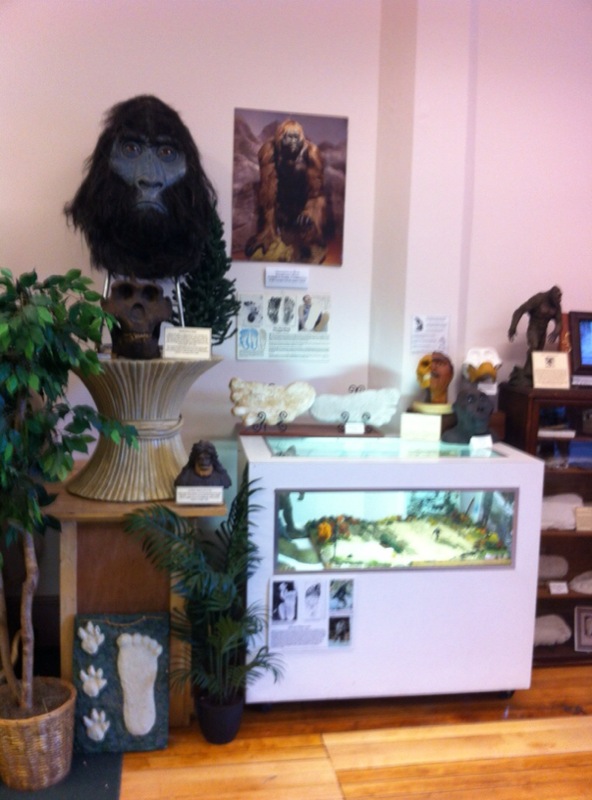 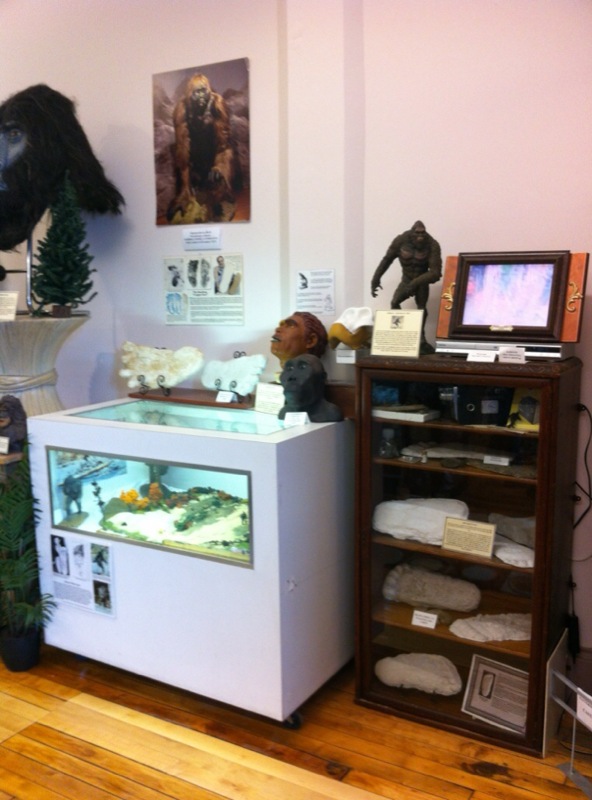 This is looking into the white display case: 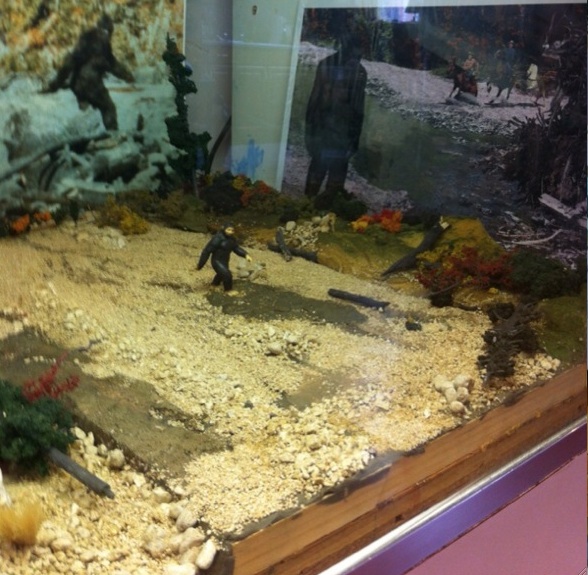 The Tyler McPhee diorama has been moved into the outer Art Room to give it some artistic company and some better viewing opportunities. 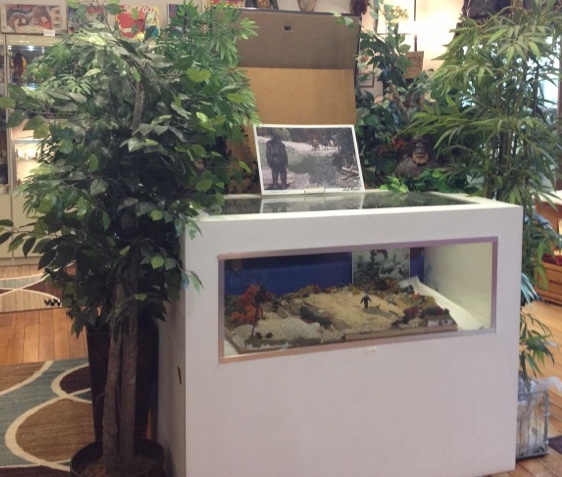