You are here: Home / Happy Birthday Debunker of Yeti!

Hillary’s name will always be linked, in my mind, to his World Book Encyclopedia-supported trek to Nepal in 1960, supposedly, to search for the “Abominable Snowman.”

In reality, it actually allegedly was more about a spy mission against the Chinese, hidden in the media glare of a debunking Yeti expedition. The members of Hillary’s team (1) bought a bear skin that was declared to be a Yeti’s so it could be revealed to be a bear’s, (2) obtained a ritual religious object known to be made in imitation of a Yeti skullcap so it could be likewise overturned, and (3) declared the Pangboche hand that had been replaced with human bones as a hoax. See source.

In a recent mention of this Hillary trek, compared to the BFRO expedition, remarks were made that the 50 man BFRO camping trip might scare any Bigfoot and wildlife over into the next county, just as the World Book one had done in the Himalaya.

Criticism of the Hillary-Perkins expedition was that it was too large and probably would scare humans, Yetis, and most animals over into the next valley. Was it ever a serious effort, or were all those expedition members needed to carry and use the Tibetan rocket-tracking equipment? Hillary’s expedition had 300 members, most of whom were Nepalese porters (over 200) carrying the “supplies” for the extremely short excursion. A few Sherpa guides and the non-natives (including alleged spies) made up the remainder.

For more details, please see “How Not to Search for Yeti,” here.

I wonder if someone will give him a cake with a Yeti on it? I hope so. 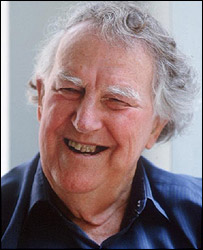