You are here: Home / Investigator Hayden Hewes Died in 2017 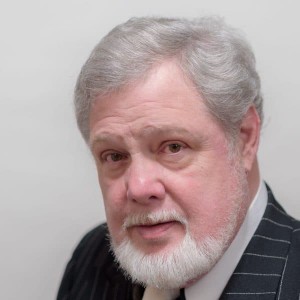 Recently, on May 6, 2018, long-time investigator and author Brad Steiger died. (See the Steiger obituary here.)  In writing that in-depth look at Steiger’s life, I mentioned that Steiger and Hayden Hewes were the initial, primary interviewers of the Heaven’s Gate leaders. Curious as to what had happened to Oklahoman Hewes, Texan Craig Woolheater reached for more information on Hewes and discovered he too had passed away. Here, therefore, is an overview of Hayden Hewes’ life and passing.

Hewes had a degree in aeronautical and space engineering. Widely known for his interest in UFOs and the paranormal, Hayden published several books and magazine articles on the subject of unexplained phenomena, and spoke to audiences in person, on TV, and radio. Hayden was a local talent agent and taught classes on modeling in addition to the paranormal. Hewes wrote, produced and directed movies. He taught at Francis Tuttle, “How to Get Started In TV, Commercials & Film Industry.” Hewes worked as an agent with Oklahoma Casting. Acted in Hurt (2006), as “wedding guest,” and in The Interview (2007) as a reporter; did production work for The Unexplained (1997) and Contactee (2007). Public speaking and teaching others brought Hayden great joy and satisfaction.

Examinations of the unexplained, ufology, and cryptozoology for Hayden Hewes began in the late 1950s. 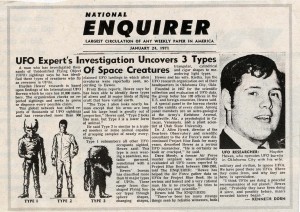 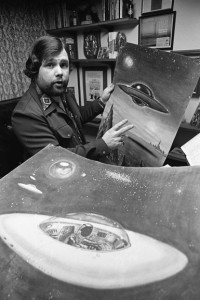 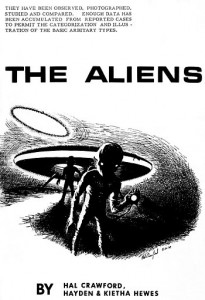 A media frenzy erupted in July 1972, after the sightings and investigations of a huge Bigfoot-like creature seen along the River Road and at the foot of Marzolf Hill, Louisiana, Missouri. Hayden Hewes was there, as the director of the Oklahoma City-based Sasquatch Investigations of Mid-America, as an offshoot of the International UFO Bureau, an organization Hewes founded in 1957. He shared his unique ideas about Momo and similar creatures with the media.

“What impressed me was the willingness of people to talk to us. Normally people are reluctant to talk about these things,” said Hewes, 61. “This was not just one person spitting in a can, saying `yes sir, I saw it right over there.’ These were good quality people who were enthusiastic about what was going on.”

Hewes said he was impressed with the witnesses’ sincerity.

“These people didn’t want to sell something. They didn’t want publicity. They just wanted to share their stories. I never got any inkling that there was a hoax.”

The Momo scare lasted only two weeks, but it triggered a media frenzy. Television and newspaper journalists from across the nation descended on the small town.

“I did close to 75 television and newspaper interviews,” Hewes said. “They flew me to Chicago to do some television there. There were people around us shooting documentaries. We haven’t had a case that well-documented since.”

“We researched Bigfoot sightings in eight states, mainly to see if there was any connection with UFO sightings,” he said. “With Momo, we found there was no correlation whatsoever with UFOs.”

Hewes said his investigations suggest there are families of nocturnal Bigfoot creatures that continuously migrate across the nation from the Pacific Northwest to the southeast.

“The path begins around Oregon and Washington state,” he said. “It crosses Oklahoma around the first week of September, then finishes in Florida.” Source. 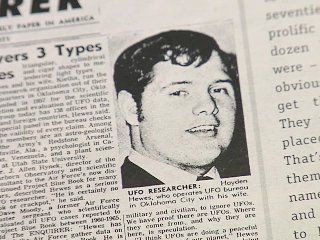 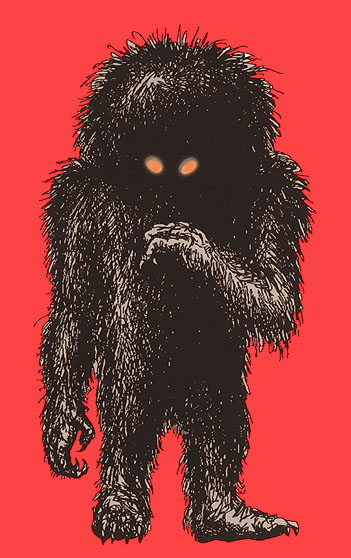 Illustrator Hal D. Crawford drew this image for the 1970 book The Aliens by Crawford, Hayden  Hewes and Kietha Hewes. It depicts Crawford’s alien-like creature that was described as a more Bigfoot-like “Missouri Monster” by Momo eyewitnesses in Louisiana, Missouri, during the summer of 1972.

In 1973, investigative reporter Hayden Hewes sat down to interview two individuals who would later shock the world with their story and suicide.

Marshall Applewhite and Bonnie Neddels had heard Hewes’s local radio show about UFO’s and the paranormal.

“This couple comes to me saying that they wanted me to announce to the world that they were here and that they could show death overcome,” Hewes said. “The mysterious two, Bo and Peep, he and she. They wanted no publicity on themselves, just their mission, that death could be overcome. Whether you believed in them or not, it didn’t matter. It wasn’t the soul that wasn’t going; their physical bodies would rise in full view of anyone when the aliens came.”

After the interview with the mysterious two, Hewes said that he felt that he had seen the man before, but didn’t know from where.

“One day I was working on a story for the New York Times. I happened to have an illustration published in a book years ago called ‘The Aliens’ as to what an alien looked like reported around UFO’s,” Hewes said. “I happened to have a picture of these people on my desk at the same time I had a copy of my book. It was an identical overlay in his physical structure, what he was wearing, his hair, his jaw, and his eyes. That was why I felt like I knew him, because it was based on my own research.”

Hewes and his co-author Brad Steiger wrote a book based on their interview with the mysterious two. After the notoriety of the book died down, not much else was thought of about Bo and Peep until 1997. 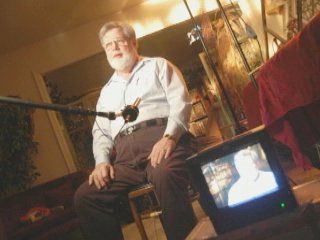 Hewes spoke of Heaven’s Gate for a National Geographic documentary, The Final Report, broadcast in 2008. 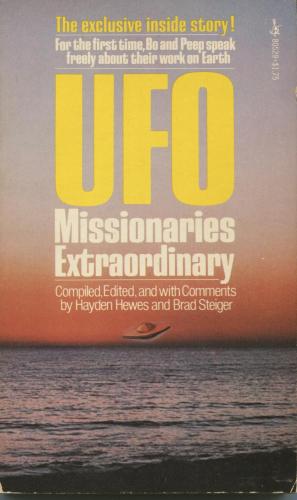 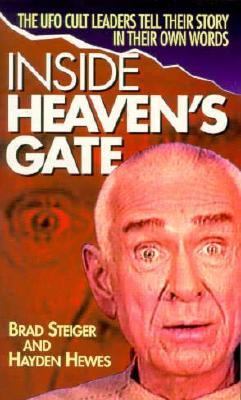 Years after Momo and Heaven’s Gate, Hewes would investigate two-legged creatures in western Oklahoma in 1982 (see here) and the Aurora Airship of 1897 (see below).

News of the Aurora incident remained dormant for almost a century, until May 24, 1973, when newspapers around the country published the following United Press International account:

Aurora, Tex. — (UPI) — A grave in a small north Texas cemetery contains the body of an 1897 astronaut who “was not an inhabitant of this world,” according to the International UFO Bureau. The group, which investigates unidentified flying objects, has already initiated legal proceedings to exhume the body and will go to court if necessary to open the grave, director Hayden Hewes said Wednesday. After checking the grave with metal detectors and gathering facts for three months, we are certain as we can be at this point [that] he was the pilot of a UFO which reportedly exploded atop a well on Judge J.S. Proctor’s place, April 19, 1897,” Hewes said. He was not an inhabitant of this world.” Source. 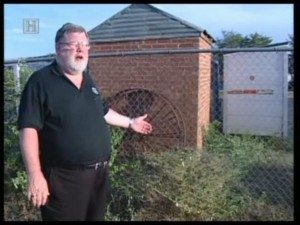 Hayden was born December 29, 1943, at Cape Girardeau, Missouri to E.E. “Bo” Hewes and Lorraine Cooper. He is survived by his wife of 35 years [married July 31, 1982], Bonnie Countess Hewes; son, Christian Cooper; brother, Jon and his wife, Kathy; nephew, Matthew; and brother-in-law, Rev. Dean Taylor. Hayden is preceded in death by his parents and his sister, Christopher “Kitty” Taylor. Hayden is a 1962 graduate of Northwest Classen and was a long-time employee of TG&Y and Office Depot. Source. 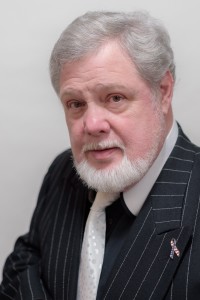 Books by Hayden C. Hewes include:

New Faces: A Pocket Book Guide to the ‘Secret’ to Modeling for Both Professionals and New Faces (1987), Hayden C. Hewes.

Inside Heaven’s Gate: The UFO Cult Leaders Tell Their Own Story in Their Own Words (1997), Brad Steiger and Hayden Hewes.