You are here: Home / The Origins of Dr. Wallace Wrightwood, Jacques LaFleur, and Harry of Harry and the Hendersons

The Origins of Dr. Wallace Wrightwood, Jacques LaFleur, and Harry of Harry and the Hendersons

Before Finding Bigfoot, Bigfoot Files, Definitive Guide to Bigfoot, MonsterQuest and the other television programs on seeking Sasquatch, there were varied portrayals of searchers, historically. One fiction film in the 1980s tried to capture the flavor of the men in the hunt.

That motion picture was Harry and the Hendersons, an American comedy film about Bigfoot, directed and produced by William Dear, set in the Seattle area. It was released on June 5, 1987.

Figuring out the background inspirations for various elements of the film have been of interest to me for years.

Let’s look at a few of these. 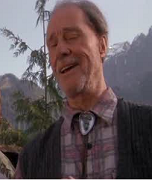 Don Ameche plays a character in charge of the North American Museum of Anthropology, “Dr. Wallace Wrightwood.” The use of “Wallace” in the character’s name may have been a nod to the real-life Ray Wallace. 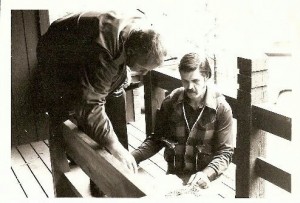 Credit for the movie’s museum has been given to Cliff Crook, who ran a museum of his own, and reported the movie folks used some of his materials as props in the Hollywood film.

The Don Ameche character is generally said to have been crafted as a combination of John Green and Dr. Grover Krantz. A few scenes in the movie use Green’s first large format booklets for visuals on the museum’s tables.

An often used photograph of John Green, with a bolo. 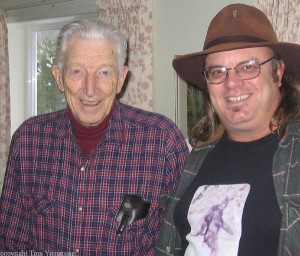 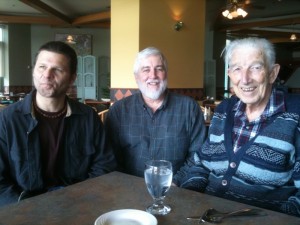 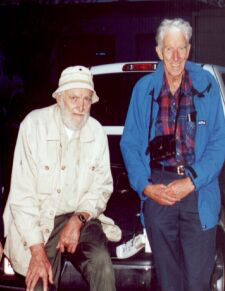 Dr. Grover Krantz and John Green, a few years after the release of Harry and the Hendersons.

One of the most colorful characters in Harry and the Hendersons, of course, was the seemingly crazed Bigfoot hunter. 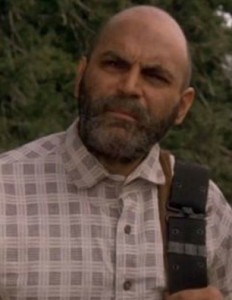 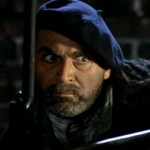 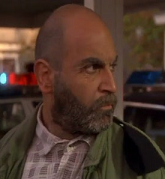 The character of the possessed, driven French Canadian Sasquatch hunter is “Jacques LaFleur,” played by David Suchet (shown above). The famed actor is best known for playing the detective “Hercule Poirot” in the long-running British TV dramatic series Agatha Christie’s Poirot. It is generally agreed, within the Bigfoot research community, that the “LaFleur” character was, in general, based on René Dahinden (shown below). Dahinden was born in Switzerland, and moved to Canada when he was 23, dying there when he was 70. He spoke with what appeared to many Americans to be a French accent. 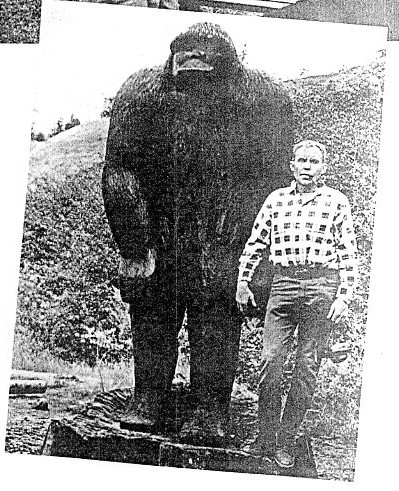 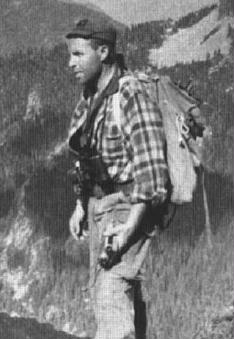 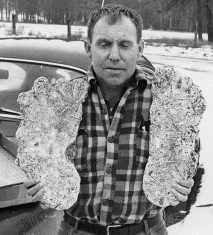 The male leader of the Henderson family is George, played by John Lithgow. He was modeled on the typical skeptical but careful American man who might be confronted with an unknown hairy forest giant one unremarkable day of his life. 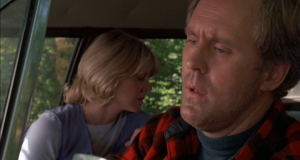 George Henderson (John Lithgow) finds himself in the midst of a surprise Sasquatch melodramatic comedy. 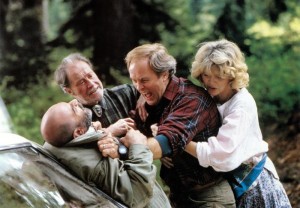 Step back and observe how the movie producers dressed most of the major male roles in this film: They frequently wear plaid shirts – and, in the case of the Sasquatch booklet author, a bolo.  As it turns out, that’s how Bigfoot adventurers dressed in the 1960s-1980s.

The star of the film is Harry, needless to say. What was his inspiration, beyond the reported appearances of Sasquatch/Bigfoot?

The Academy Award for Best Makeup was won by Rick Baker for his creature creation, Harry. But was there any specific visual inspiration for Harry? It seemed hard to peg. After all, Bigfoot/Sasquatch don’t have facial hair like the beard and whiskers seen in Harry in the film. Where did these come from?

I think I may have discovered an answer to my questions about Harry’s true origin.

In 2012, director Dear and makeup artist Baker were together in Los Angeles for a signing of a new 25th anniversary poster of Harry and the Hendersons. I began to notice a certain familiarity to the appearance of the poster, and, indeed, to the appearance of Harry, actually. 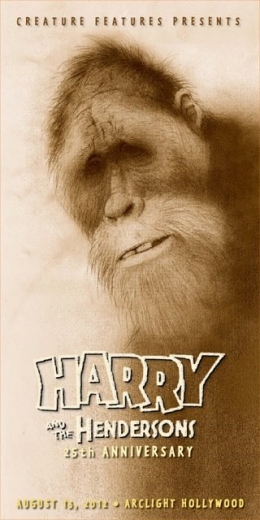 Then it hit me in 2012. This is a copycat of the American Museum of Natural History photograph of an orangutan that was published in Ivan T. Sanderson’s Monkey Kingdom (1957). 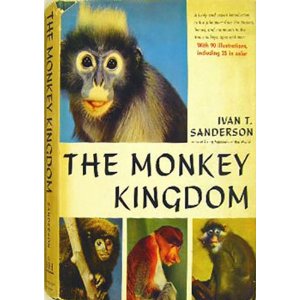 It is often said that ears are like fingerprints, the exact shape of no two are alike. A close examination of this poster’s “Harry” and his ears, teeth, head position, facial hair, and more compares quite favorably with the orangutan found in Sanderson’s book. 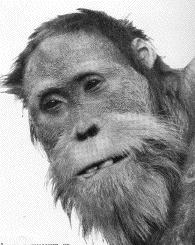 “Harry” in Harry and the Hendersons was then given, purposedly, several poses of its head that mirror this orangutan’s photograph. 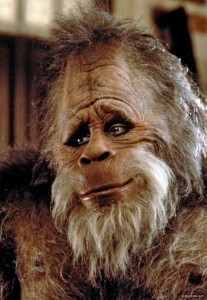 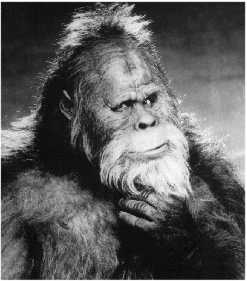 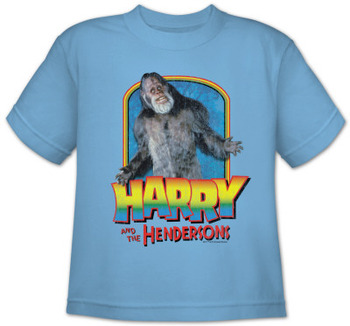