You are here: Home / Happy Halloween!

Happy Halloween to everyone! May your days and nights be filled with friendly monsters visiting your home, cryptids strolling across your screens, and cryptozoology populating your bedtime reading. 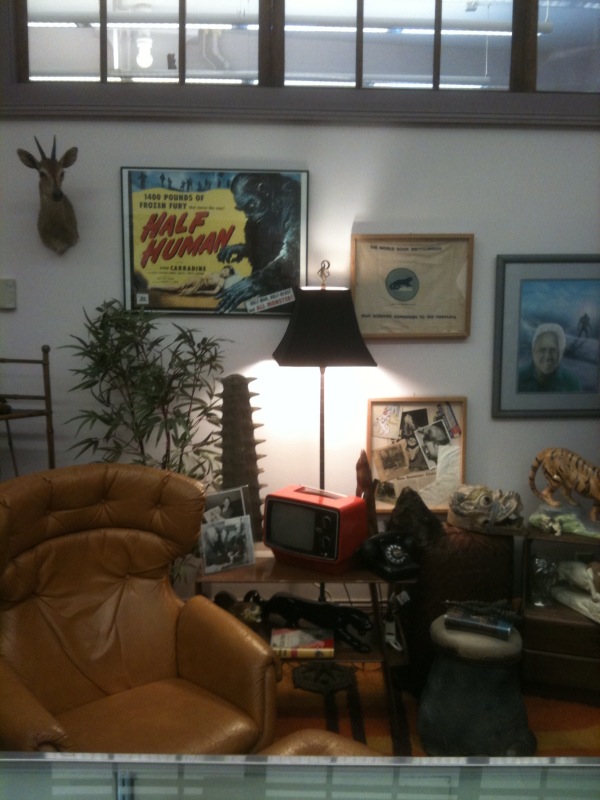 The midcentury modern installation of a “cryptozoologist’s study” greets visitors to the International Cryptozoology Museum, which was opened anew on October 30, 2011. We moved to a larger new space on that date, and are celebrating three years there. 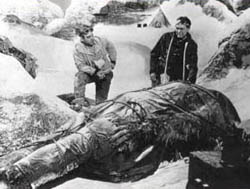 Every Halloween television programmers seem to amazingly rediscover cryptozoology. No surprise there, really, of course, because the “monster-association” with cryptozoology is rather clearcut.

Past episodes of reality television documentary programs are repeated.

This Halloween is no different, and for those who do a little searching, you can be rewarded with some good specials.

For example, on the History network’s cable channel designated as H2, they are having a “Monster Mash” week. Can a “MonsterQuest Marathon” be far behind?

That involved, in 2011, for example, the rebroadcast of a 2005 program called “Monsters,” which had segments on the Loch Ness Monsters, Bigfoot, Yeti, and, well, Dracula. I enjoyed watching the first three parts, to re-view old footage of eyewitnesses, as well as friends like Roy Mackal, the late Robert Rines, and the late Richard Greenwell, plus to even see a younger version of myself. The Yeti selection, I’d forgotten, did a rather good job on the Tom Slick expeditions.

Tonight, there are repeats of “Giganto: The Real King Kong” at 7 pm Eastern and “MonsterQuest: Abominable Snowman” at 10 pm Eastern.

There was a promotional hint that “Bigfoot: The Definitive Guide” is on next Monday.

I wonder what other “oldies but goodies” will jump forward in the schedule.

Share with other Cryptomundians what shows you have seen this week.