In a bit of a coincidence, since “green” is the color of St. Patrick’s Day, the Tennessee Bigfoot author Mary Alayne Green has died on March 17, 2016, at about 4 PM EDT in the place she was to call home, Tennessee.

Mary Green was born May 5, 1943 in Dayton, Ohio. She is not related to British Columbian Sasquatch researcher and author John Green or East Coast Bigfoot fan Bill Green.  Mary Green, nicknamed ‘The Tennessee Bigfoot Lady,” may have single-handily created more controversy in the field than any other female Bigfoot researcher. This is due to her association with Janice Carter Coy – a self-professed Sasquatch habituater or Bigfoot contactee. 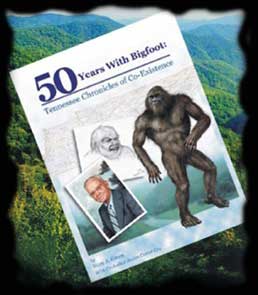 Green authored two books, 50 Years With Bigfoot: Tennessee Chronicles of Co-Existence (2002), co-written with Janice Carter Coy, and Bigfoot At My Door (2003), later revised and retitled as Night Shadows: A Journal of Hominid Research (2005).

50 Years With Bigfoot focused on the now infamous Carter Farm in rural Tennessee. Mary had struck up a friendly relationship with Janice Carter Coy after Janice claimed her family had multiple past and on-going encounters with Bigfoot. Carter and Green also released an audio CD titled Communicating with Bigfoot in 2002 featuring alleged vocalizations of Sasquatch near the Carter farm, and strangely included Janice reciting alleged words used by Bigfoot at the farm. Eventually Mary and Janice parted ways with Mary essentially walking away feeling she had been duped by Janice’s extraordinary claims. Some researchers feel that her past association with Janice Carter Coy has tainted her credibility – but it should be noted that Green has painstakingly investigated numerous Tennessee and Southern U.S. reports. For years, she maintained the Gulf Coast Bigfoot Research Organization (G.C.B.R.O.) website along with submitting several follow-up reports to the organization’s site.

Researcher and TV star Cliff Barackman (from Finding Bigfoot) once had this to say about Mary Green on his website: “One of the very first Bigfoot websites I ever encountered was Mary Green’s website on which she called herself the Tennessee Bigfoot Lady. While I have never met Mary, I have friends who have, and they speak of her in good terms.”

Mary A. Green was a frequent comment maker on Bigfoot lists for years. Because Mary Green was involved in the Janice Carter affair, the Internet publicly discussed the incidents of how Carter had broken with her and defended her. Tennessee author Jerry D. Coleman’s investigations found most of the claims were groundless.

In her heyday, Mary was quite well-known among researchers and certainly one of the “go-to” researchers in the South – and most notably Tennessee. Green’s own personal experiences with Bigfoot allegedly began in 1963 when she moved with her then husband to Dodson Branch, Tennessee, and after they had settled into a trailer home in an isolated area near Rickman.[1] She mentions her first sighting, however, much later – occurring in February, 1998 while she was out with her youngest son.[2]

Up until her health began to deteriorate, Mary Green had stayed active as a researcher, and she has always passed on information to young Bigfoot researchers who were receptive.

On May 29, 2011, Jeffrey A. Teagle, President of The Chattahoochee Bigfoot Organization™ sent out this news:

I am sad to say that Mr. John Green Sr. of Cookeville, Tennessee [not the Canadian Sasquatch researcher John Green] has passed away due to long-term illness. John Sr. was the husband of Ms. Mary A. Green and I even got to meet him a few years back. He was a great fellow. Our sympathies from The Chattahoochee Bigfoot Organization™ go out to Mary and her family during this troubling time. May 29, 2011. [3]

We are sad to pass along this news, and our condolences to her friends and family.

(We appreciate Barton Nunnelly for passing along this news, and Todd Prescott for some biographical data.)