Michel Raynal’s cryptozoology site passes along the news that the allegedly extinct Atlas Bear may have been filmed in the forest of Tissemsilt, in Algeria, Africa, in March 2016.

The film is here:

The name Atlas bear (Ursus arctos crowtheri) has been applied to an extinct population or populations of the brown bear in Africa. The Cantabrian brown bear likely was introduced to Africa from Spain by the Romans who imported Iberian bears for spectacles. Another enigmatic brown bear with mtDNA never found elsewhere that was also close to the polar bear has also been discovered in Algeria.

The decline of the Atlas bear can be partly attributed to the Roman Empire, in that, as the empire expanded into Northern Africa, the Romans intensely hunted and captured the Atlas bear and many other animals and used them as sport for many of their games at that time….The Atlas bear finally went extinct in the late 19th century; the last one recorded to be killed by hunters was in 1870 in the Tetouan Mountains in northern Morocco. Human activity can definitely be said to have played a large role in pushing the extinction of the Atlas bear. Source.

But there is dissent. As the Forums des Forestiers Algerians writes (translated from French):

Better photos were recovered; they were clear enough to say he wasn’t really a “bear”. Far from being a bear, he is a poor striped hyena killed by indigenous people, she was stuck in a trap to collect….
The animal [which was trapped] has tried to escape, fighting and was thrown in the mud, which gave him the color brown. 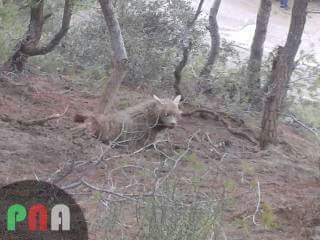 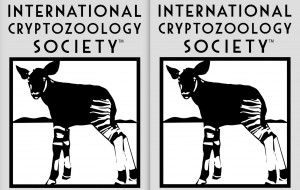 Come meet the future through the International Cryptozoology Society.