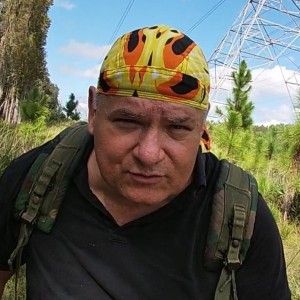 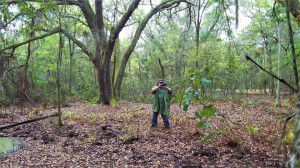 Tim Fasano was out working the Green Swamp on November 11, 2019.

Fasano was a body-builder.

And a taxi driver. 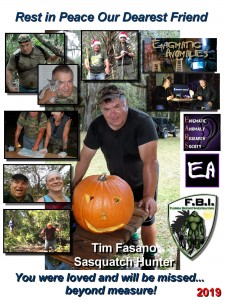 A jack of all trades. 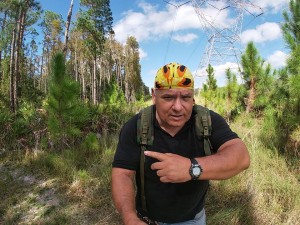 But in recent years, mostly a Bigfooter.

An early rumor circulating saying that he died of a snake bite appears to have been unfounded. Most reports are noting he passed away, allegedly, of a heart attack. He would have been 63 years old.

Fasano started his YouTube Bigfoot research channel on January 5, 2007.
His Florida Sasquatch channel had over 12,100 subscribers, with 8 million views.
He spent the majority of his Bigfoot research time tracking the elusive giant in Florida also known as Skunk Ape.
Tim described himself as ”I am a film maker, hiker, Bigfoot hunter, and photographer. I love camping and the outdoors. In the last ten years, the wilderness has become my friend.”

In 2010, the following biography was written about Tim:

Tim Fasano: tireless amateur researcher video of a #7 “BF eye blinking”, a remarkable achievement, to video tape a Sasquatch at 50 feet and seeing the florescent green tapetum glowing and the furrowed brow and coned head. That video is the best representation of a Sasquatch to date, Fasano recognizes it and zooms in.   He also #48 “Bigfoot walking away” and a couple of stills as well.  His 500 unedited videos on Youtube showing woodknocks, whoops howls and photographs of footprints etc.  He would be the most watched or all internet posters, in that he wants his viewers to see the unedited version of research.  Fasano has a book deal for his adventures as a taxi driver, where he is a even more successful blogger/personality.  When you watch his videos he is that “taxi driver” personality.  Cheers to a man who is not afraid to wax and wane on camera.  TF gives more for people to look at than any other researcher. 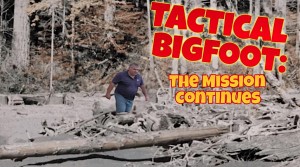 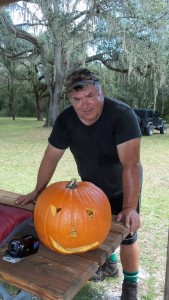 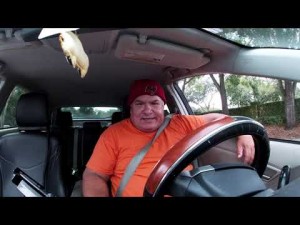 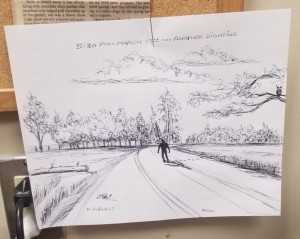