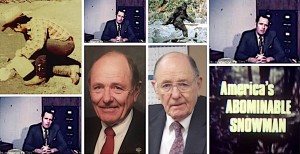 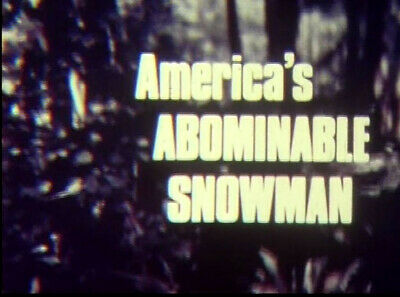 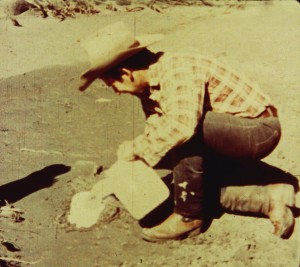 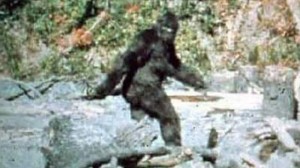 Albert DeAtley, 85, Roger Patterson’s brother-in-law who became involved in getting the October 1967 film footage developed, has died from complications of stroke on Monday evening, October 21, 2019 at 10:22 pm. The date is significant because the film was taken on October 20, 1967, and DeAtley always said he first became actively involved only after it was taken. He says Roger asked for a loan so the film could be air-lifted for delivery to a film-processing site as soon as possible. 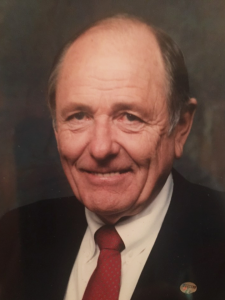 The standard re-telling of the filming of the Bigfoot at Bluff Creek, California, on October 20, 1967, almost immediately includes DeAtley in the story. Here’s Chris Murphy’s version:

Patterson was eager to get his film of the creature developed to ensure that he had in fact caught the creature on the film. On this point, Gimlin has stated, “We weren’t sure from Roger stumbling and falling down on the sandbar and getting up and running…we didn’t even have an idea that we had anything on the film at that time…in fact it was doubtful that we did have anything.” They therefore decided to airship the film to Al De Atley, Patterson’s brother-in-law in Yakima, for immediate processing. It appears the mens’ plan was to wait for word from De Atley as to what, if anything, was on the film. This information would dictate their next move. In other words, if they had not captured the creature on film, they would stay longer and try again. The men decided they would both travel to the airport to make the shipment. This task accomplished, they would then return to their campsite. Leaving their horses tethered at their campsite, the two men started out in their truck for a local airport, probably Murray Field in Arcata. On their way, they stopped at Hodgson’s store in Willow Creek to talk to their friend, Al Hodgson. As it was after 6:00 p.m., however, the store was closed. Patterson therefore telephoned Hodgson at his home. Hodgson and other friends, including Sly McCoy, thereupon met with Patterson and Gimlin, presumably at Hodgson’s store. Patterson and Gimlin then related their experience to their friends. Also, during this time Patterson telephone Al De Atley to inform him of the pending film shipment. Patterson shipped the film to the Seattle, Washington airport for pick-up by De Atley the next day.

Patterson and Gimlin then headed out to an air shipping facility and shipped the film to Al De Atley. As far as we know, only one film roll was shipped to De Atley. It is reasonable to assume Patterson still had the second roll in his camera with sufficient unexposed film for a possible second sighting. The two men then contacted a reporter for The Times-Standard newspaper at Eureka, to whom they related their experience in considerable detail. It is not known if this was a telephone contact or a personal contact. We do know, however, that it took place at about 9:30 p.m. The article appeared in the newspaper the following day, October 21, 1967. The men then immediately headed back to their campsite. By the time they arrived, bad weather was closing-in. By about midnight, it was raining heavily. ~ The History of the Patterson-Gimlin Film by Christopher L. Murphy. 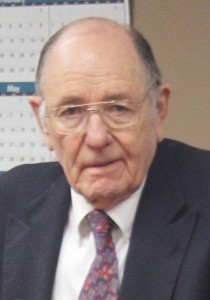 The Yakima Herald published the following obituary on October 26, 2019:

Albert DeAtley, 85, longtime supporter of the local valleys that he loved and compassionate benefactor, passed from complications of stroke on Monday evening, October 21, 2019 at 10:22 pm surrounded by family and his loving wife, Pat DeAtley.

Known as a “driving force in his industry,” he first knew success in his leadership as CEO of Superior Asphalt, where he built a top notch management team. Over his tenure, the business came to be one of the largest family-owned asphalt and paving road construction companies in the United States. Early on, he adopted a philosophy of supporting all local businesses and suppliers that fueled his success, and later parlayed that same “give back” philosophy into causes that were close to his heart, industry and state.

While running his business, he was a very active member in the Washington Asphalt Pavement Association, serving as a board member in the late 70s, 80s, 90s and early 2000s. He was President of the Washington chapter in 1987 and served as President of the National Asphalt Pavement Association in 1994. During his presidency, he was the driving force behind the establishment of the NAPA Research and Educational Foundation scholarship endowment nationwide and worked very hard to get endowed pledges from 11 other Washington state paving companies. These efforts spearheaded a massive program, fueling several hundred scholarships across numerous states nationally. In Washington, since 1995, WAPA has awarded in excess of 550 scholarships totaling over $700,000 to civil engineering students at the University of Washington and WSU. These are perpetual scholarships that will be awarded “forever” as they are funded from the investment returns from the original endowment funds.

As a young man, he met his wife, Pat (Iva Ruth Patterson), married her on June 5, 1955, started their family together having two sons, Alan and Jeffrey, and one daughter, Janet. As their family matured, they both enjoyed travel, became avid boaters, had Roche Harbor as an annual destination on Pat’s July birthday and were in the harbor for 47 years. Big Bay on Stuart Island, BC was another destination for over two generations of salmon fishing and business entertaining and, last but certainly not least, Union Bay where their “Or Noir” brought so many and did not miss a single home football game for over 40 years at Husky Stadium.

He was a passionate and a vigorous contributor to so many causes and Pat too. The University of Washington was high on his list, starting with the Athletic department, specifically the football programs and stadiums as a member of the Tyee Club Champions Circle. Al & Patty are also Presidential Laureates and Henry Suzzallo Society members, and Al—who studied civil engineering at the UW in the early 1950s—was inducted into the UW Construction Hall of Fame in 2000 and received a College of Engineering Diamond Award for Distinguished Service in 2006 and also served on the University of Washington Foundation Board. Dedicated philanthropists who hosted many charity functions at their Yakima home, Al and Pat have as their motto non nobis solum (“not for us alone”). Closer to home, so many causes were generously supported including the Boy Scouts’ DeAtley Lodge at Camp Fife, Pacific Northwest University of Health Sciences, the Memorial Foundation, the Walter Clore Center, Rotary, Washington Wine Country, and on and on.

He was one of a kind, and some say an era is ending. Let’s hope not! He is survived by his loving wife, Pat, his daughter, Janet Leduc, his grandson, Jeremy DeAtley, Dustin DeAtley and Dustin’s wife Brittany, his granddaughter, Michelle Mercer and her husband Dennis Sills, and two great-granddaughters, Shayera Sills and Diana Sills. He is also survived by Alan DeAtley and his family.

DeAtley appeared in an introduction to a film shown around the country in local venues. 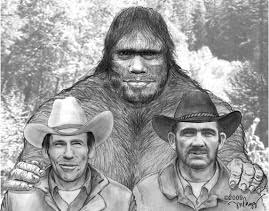 Bigfoot Times’ editor Daniel Perez had earlier passed along the news that Bill Davis died September 7, 2019 in British Columbia. He was an active 1970s’ Bigfooter. Davis investigated the claim of sightings of a dead Bigfoot near Happy Camp, California, in 1967. 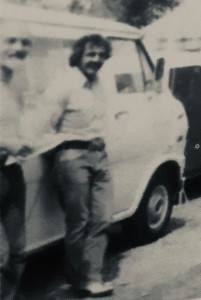 Thanks for information from Steven Streufert, Daniel Perez, and Todd Prescott.