Okay, this crept up on me.

In a profile article about Texan investigator Ken Gerhard published October 28, 2014, in the Houston Press, I discovered this passage:

The elder statesman of cryptozoology is Loren Coleman, who has been a leading name in the field for more than 50 years and has authored more than a dozen books about monsters on land, in the sea and in the air. One of the reasons his reputation has endured for so long is that he is, in his own words, neither a true believer nor a debunker.

“I don’t like true believers or debunkers,” says Coleman. “Ken and I are the middle ground. Skeptically open-minded or open-mindedly skeptical. People want mystery in their lives, but Ken is a very good researcher because he knows a lot about misidentification. He looks for the natural explanation.”

And later, they ran this photograph and caption: 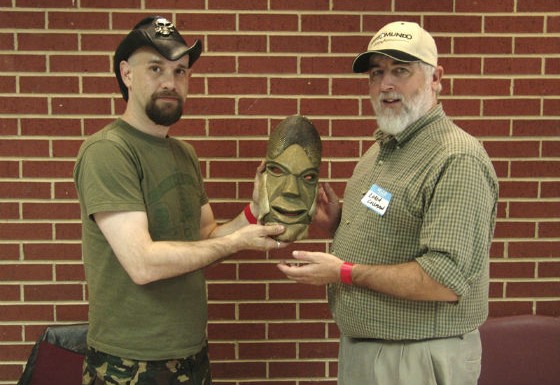 There it is again: “elder statesman.”

Sorry to say, all my mentors have died. Heuvelmans. Mackal. Sanderson. Many more. Who is left? Who do you see as the “elders” of the field? General cryptozoology, not specific topic elders – on Bigfoot, Loch Ness Monsters, Yetis, Lake Monsters, and so forth. Who are the other seasoned generalist, complete cryptozoologists?