You might see on social media today that a location called “Lizardman Lounge” is celebrating the “32nd Anniversary” of the “Chris Davis’ encounter with the Lizard Man on June 29th, 1988.”

On Monday, June 22, 2009, Chris Davis was laid to rest. Few involved in cryptozoology can forget the shy young man who would find himself in the limelight after he came forth to say, yes, he’d seen a bipedal reptilian creature in South Carolina. 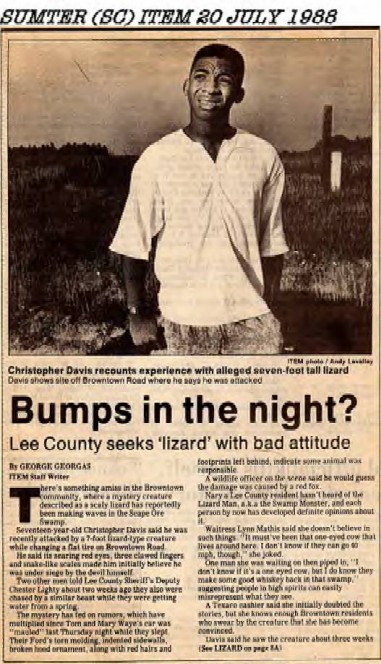 On Wednesday, June 17, 2009, Davis, 37, was shot to death. Investigators say the killing was likely a home invasion. Deputies identified the gunmen as 19-year-old Lakiem Butler and 22-year-old Anogory Slater.

The local paper, The Item, noted that…

Christopher Davis was killed shortly before 11 p.m. in an incident at his home at 5230 DuBose Siding Road. Investigators say Davis was targeted in a drug-related incident.

In another story, the cause was clarified:

His killing…was drug-related. A narcotics officer recovered 10 grams of marijuana and two scales from the kitchen of his home, the sheriff said.

Because the investigation is still pending, he was unable to provide more information, except that a shotgun was used as the murder weapon and that Slater and Butler both had criminal records.

According to the police report, five other people were present at the time of the shooting. They were Davis’ girlfriend, his brother, the brother’s friend, Davis’ 12-year-old daughter and his 14-year-old son, who witnessed the shooting. None was injured.

Christopher Davis, a Lee County native, recently moved to Sumter County, Lee County officials said. Davis became an international celebrity at the age of 16 when he reported the first sighting of the legendary Lizard Man of Lee County.

Former Lee County Sheriff Liston Truesdale told the media that “there would be no Lizard Man without Davis.” 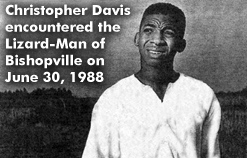 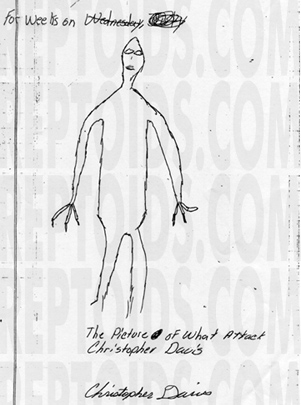 “In July 1988, Chris was the first witness interviewed as seeing the Lizard Man,” Truesdale said. “And what impressed me was that he told the same story every time. And he had to tell the story over and over again to the media and others. If you’re lying, you can’t tell the same story twice.”

Everybody wanted to hear the Lizard Man story from the eyewitness, Truesdale said.

Davis served as a grand marshal at a festival parade and signed T-shirts at a mall in Myrtle Beach, he said.

“At that time, he was super, nice kid,” he said. “You know, I bet he told the story more than 100 times every week for several weeks.”

Truesdale said he believes the media attention and publicity became too much for him.

“He could have made a mint from this,” Truesdale said. “A lot of people don’t know that he was scheduled to go to the Oprah (Winfrey) Show, but he canceled it. I think finally he just had enough.” 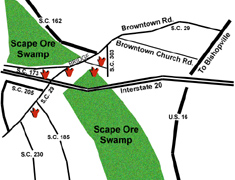 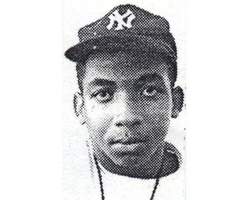 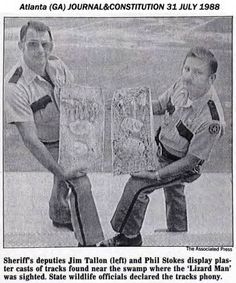 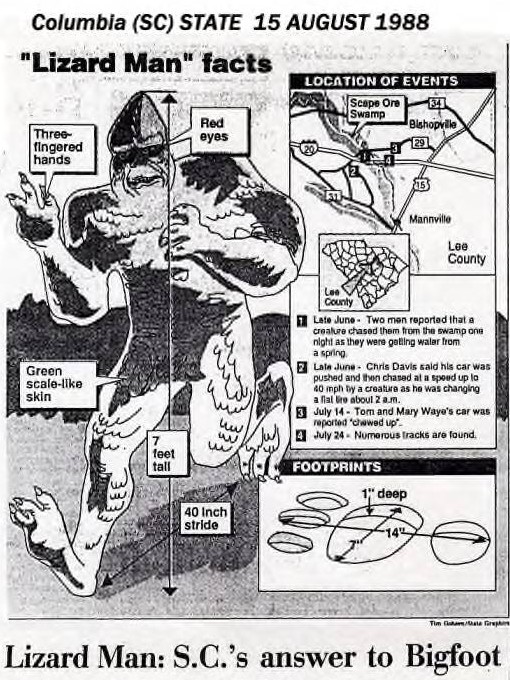 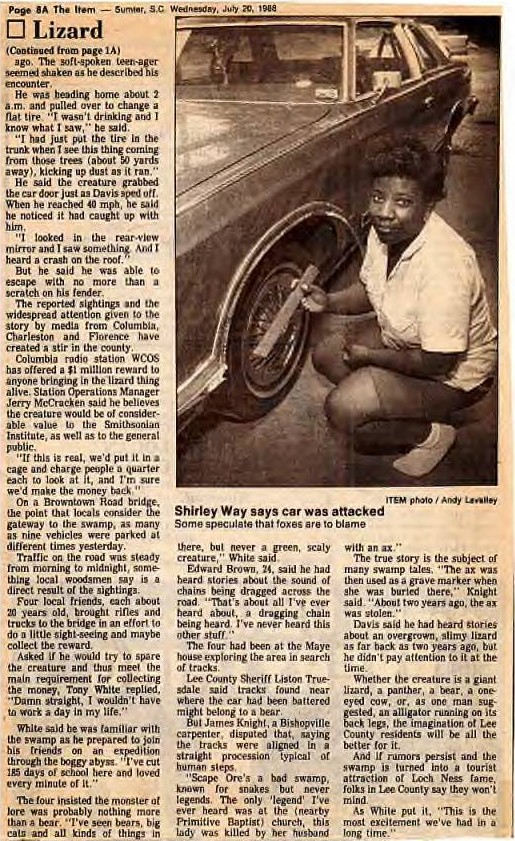