You are here: Home / The Best Cryptozoology Books of 2015

The Best Cryptozoology Books of 2015

The best books of 2015 produced on cryptozoology and, of course, about Bigfoot and Yeti topics, are dominated by a rising trend that looks at the investigators. This is a further evolution of discussions about the searchers, in varied ways continuing the literary inspirations issuing from the popularity of online social media related to Bigfoot, and successful reality programming, like the Animal Planet’s Finding Bigfoot. These books actually do not come across as pro- or con- cryptozoology or Bigfoot, but merely insightful about their thoughts on the “who” and “why” of the quests.

As with my past “top book lists” on cryptozoology, all of the chosen books are picked from review copies sent or bought, and are strictly nonfiction adult books. It does not contain juvenile, comedic, fictional, contactee, and/or speculative titles. 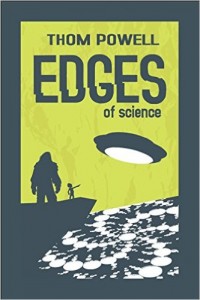 Needless to say, there are many well-written, thoughtful books published every year. Take for instance, 2015′s Edge of Science, an intelligent examination of the charming Bigfoot investigator Thom Powell’s journey for the last twenty years investigating the unexplained. But since it goes far beyond the parameters of cryptozoology, it just did not meet the criteria for this list. Without such fences, I would have an overwhelming gathering of recommendations.

With those limits in mind, therefore, here is my list of the top 15 cryptozoology books of 2015: 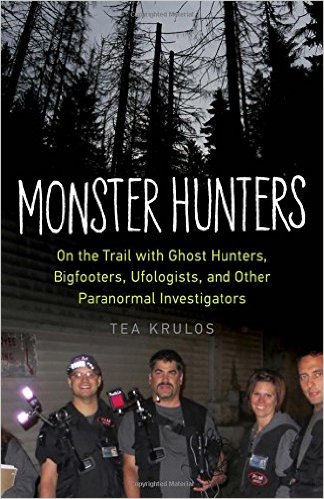 Monster Hunters: On the Trail with Ghost Hunters, Bigfooters, Ufologists, and Other Paranormal Investigators by Tea Krulos
I wrote a review of Monster Hunters, and detail why this is such a good book for all to read.
I really like how Booklist viewed what Krulos does in Monster Hunters. As they note, Krulos’ “approach seems to be not that these are wacky people with weird beliefs, but that these are ordinary people with beliefs most of us don’t understand—all of which adds up to an informative book for skeptics and believers alike.”

True, indeed. Monster Hunters is my top book choice for 2015. 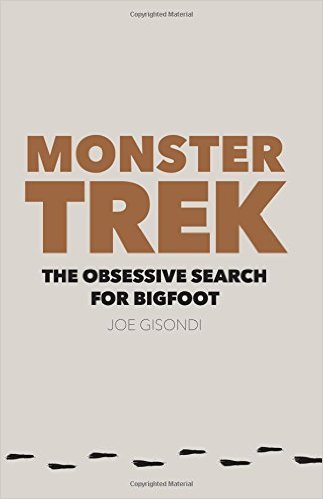 Monster Trek: The Obsessive Search for Bigfoot by Joe Gisondi
“A new book has been published by University of Nebraska Press covering Bigfooters and their search.  Joe Gisondi, a professor of journalism at Eastern Illinois University, interviewed a ridiculous number of Bigfoot researchers and pieced together a book that is as informative as it is engaging.” ~ Cliff Barackman 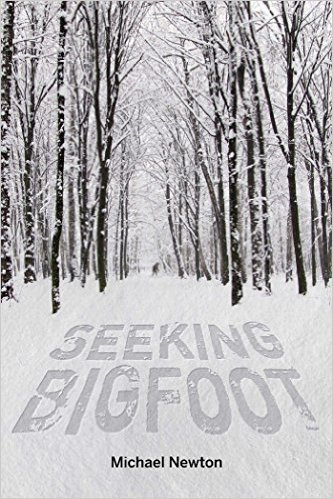 This is Michael Newton’s 301st book, and in it the author overviews researchers, bloggers, scientists, skeptics, and Bigfooters as he shares methods in the hunt, debates in the quests, and details of some classic cases. 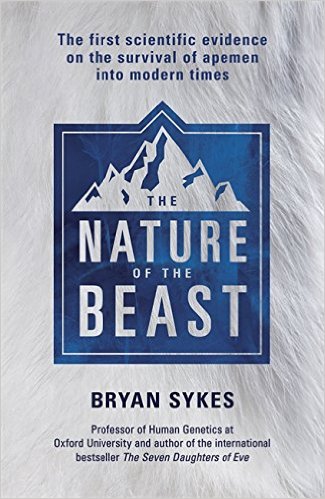 The Nature of the Beast: The First Genetic Evidence on the Survival of Apemen, Yeti, Bigfoot and Other Mysterious Creatures into Modern Times by Bryan Sykes

This is a remarkable, groundbreaking book, which takes on the melodrama of DNA research in hominology, as well as looking at the Bigfooters and cryptozoologists involved. I reviewed this book in The Relict Hominoid Inquiry, 4:67-74 (2015). There are little errors in this first edition that I hope are corrected in the paperbound edition expected in 2016.

Bigfoot and Other Hominoid Books 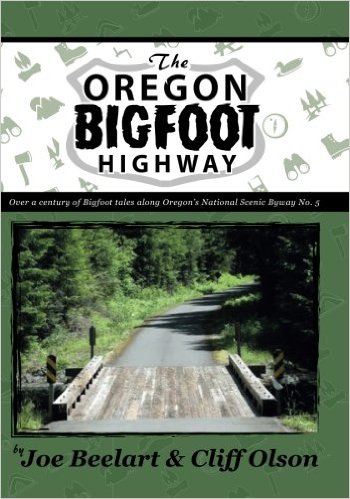 The Oregon Bigfoot Highway by Joe Beelart and Cliff Olson.

Books like this one would be a good addition to the field for other locations. It is a detailed history of the sightings tied to a specific geographic region of the USA. A real treat. 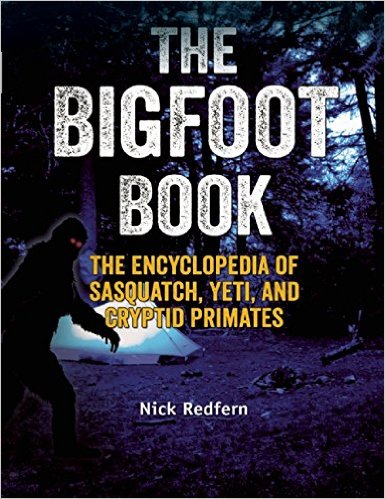 The Bigfoot Book: The Encyclopedia of Sasquatch, Yeti and Cryptid Primates by Nick Redfern 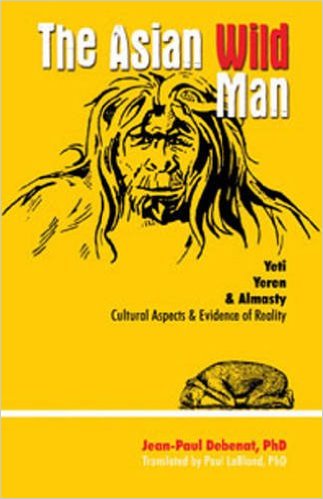 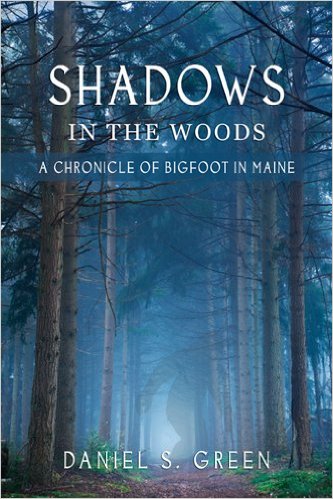 Shadows in the Woods: A Chronicle of Bigfoot in Maine by Daniel S. Green 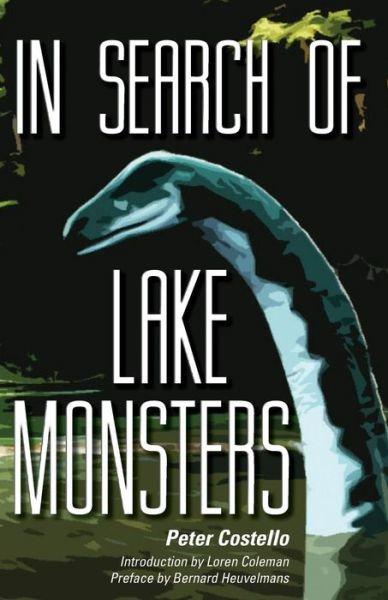 In Search of Lake Monsters, a classic from the 1970s, was revised, updated (Anomalist Books, 2015), with a new cover, by Peter Costello, with a new foreword by Loren Coleman, and a new preface by Bernard Heuvelmans. 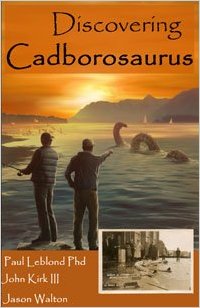 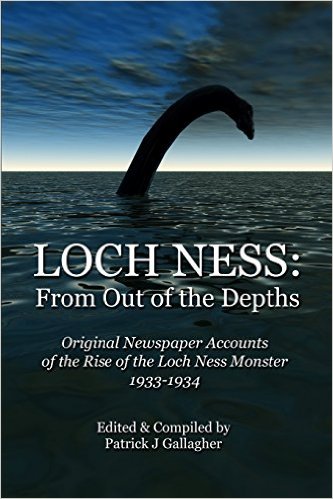 Loch Ness: From Out of the Depths: Original Newspaper Accounts of the Rise of the Loch Ness Monster – 1933-1934 by Patrick J. Gallagh 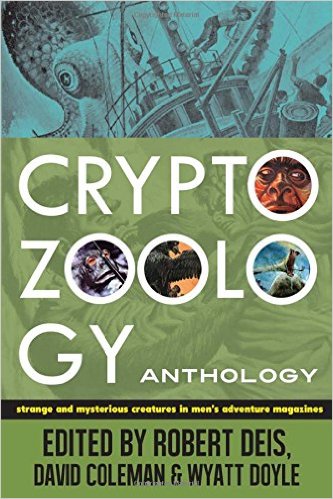 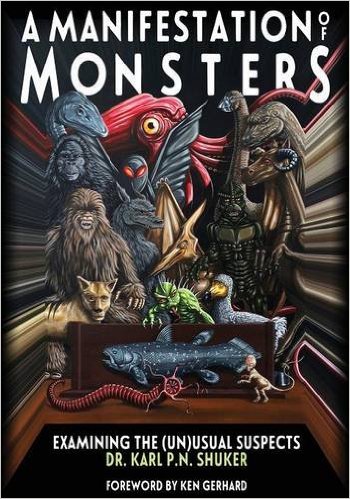 A Manifestation Of Monsters: Examining The (Un)Usual Suspects by Karl P.N. Shuker (Foreword by Ken Gerhard) 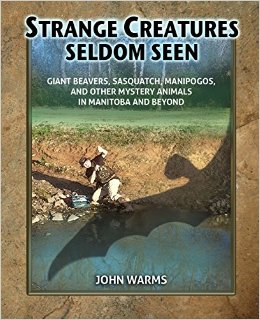 Strange Creatures Seldom Seen: Giant Beavers, Sasquatch, Manipogos, and Other Mystery Animals in Manitoba and Beyond by John Warms and Jarmo Sinisalo

Best Reprint of the Year 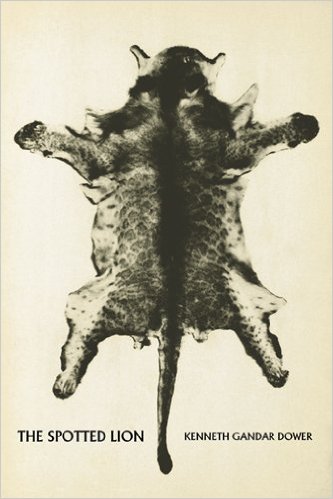 I shall not include the following books, from the “Loren Coleman Presents” series, in my “best of” list above. Nevertheless, I must pass along these classics, which were delayed from 2014, and did appear in 2015. 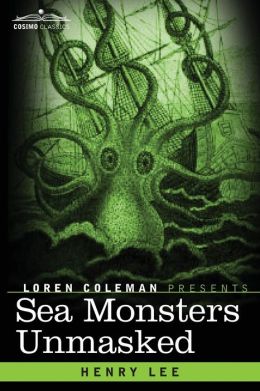 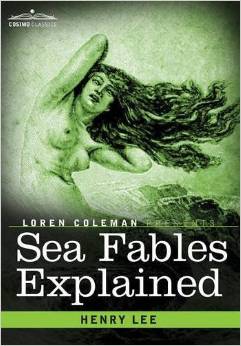 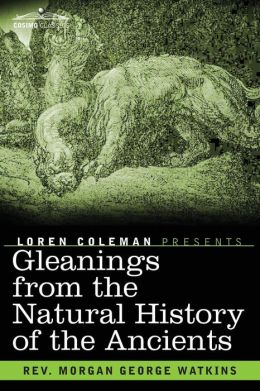 Gleanings from the Natural History of the Ancients (2015 edition) by Rev. Morgan George Watkins, new “Introduction” by Loren Coleman. 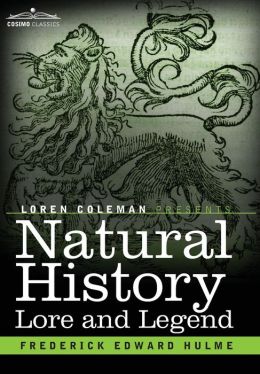 Natural History Lore and Legend: Being Some Few Examples of Quaint and Bygone Beliefs Gathered in from Divers Authorities, Ancient and Mediaeval, of Varying Degrees of Reliability (2015 edition)
by Frederick Edward Hulme, new “Introduction” by Loren Coleman. 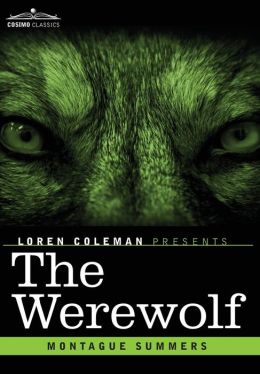 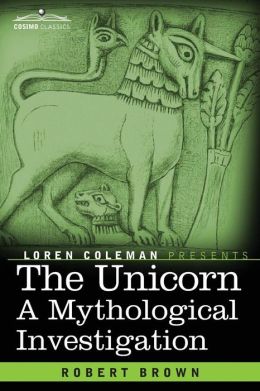 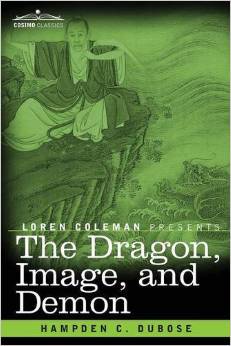 The Dragon, Image, and Demon: The Three Religions of China: Confucianism, Buddhism, and Taoism–Giving an Account of the Mythology, Idolatry, and Demonolatry of the Chinese (2015 edition)
by Hampden C. DuBose, new “Introduction” by Loren Coleman. 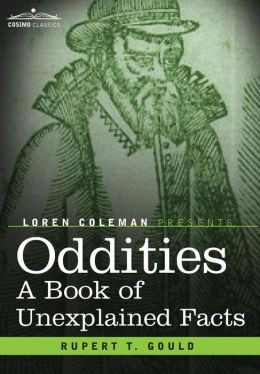 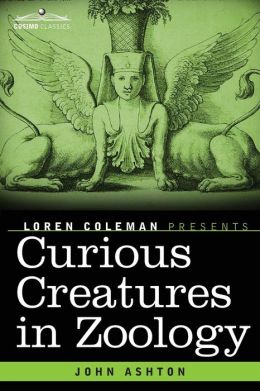 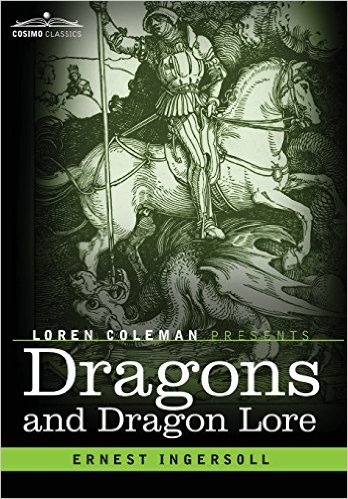 One of “The Best Cryptozoology Books of 2014″ has been reissued with a new foreword…. 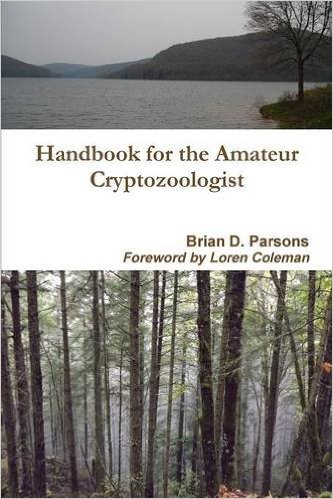 Thanks to all who support the work of cryptozoology, and assist in the continued establishment of a solid foundation of the study of hidden animals and emerging new species. Please consider a donation that is within your ability to assist. Click here.