Cliff Olson, 88, one of the early Bigfooters searching for the forest giants in the Pacific Northwest, passed away on Thursday, July 22, 2021.

Cliff Olson was born November 26, 1932; he was 88, approaching 89. He grew up and went to Astoria, Oregon high school, served in the U.S. Navy, and, according to his friend Joe Beelart, one of Cliff’s proudest achievements was in the Korean War as an afloat electrician.  His ship was one of the two that the Marines from the Chosen Reservoir retreat boarded.  Cliff said that was “one bunch of tired, exhausted men.”

Cliff was proud of “his” lights illuminating the way to, and onto the ship.  He was in charge of the mast lights.  He said it was sure cold and icy up there making them work, especially in the winter seas. When he saw the Marines coming he was proud of his work.

Cliff later worked at Pacific General Electric (from 1957-1996), and was still active in Sasquatch fieldwork to the end. In recent years, he lived in Oregon City. 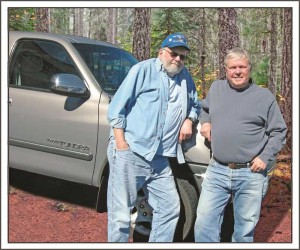 Beginning in 1999, for 15 years, Beelart and Olson and a loosely knit group of adventurers called The Clackamas Sasquatchians scouted their area and gathered accounts relating to Bigfoot from persons of diverse professions – loggers to lawyers.

“Cliff worked 39 years for Portland General Electric and lived his first 13 years at the Oak Grove Fork powerhouse project in the heart of the Mt. Hood National Forest,” Beelart said. “There he found his first unmistakable [Bigfoot] track in 1957.”

Their coauthored work is a travel guidebook detailing the history of a famed 70-mile stretch of roads between Estacada and Detroit, Oregon. The area along Oregon National Scenic Byway No. 5 is known for having “one of the densest groupings of Bigfoot sightings,” according to the book, and both Beelart and Olson spent years searching for signs of the legendary creature.

“Just telling tales, I guess,” Olson said to a reporter in 2016. “I had considerable input. We’ve been fooling around with (the book) for some years.” Since at least 1999, he told the reporter. 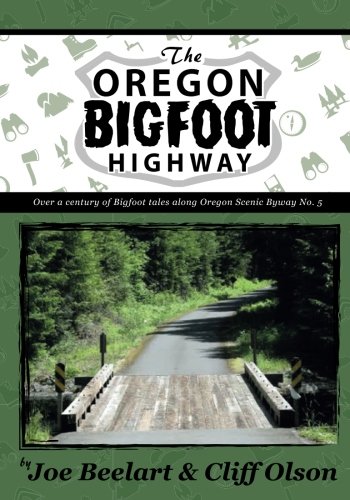 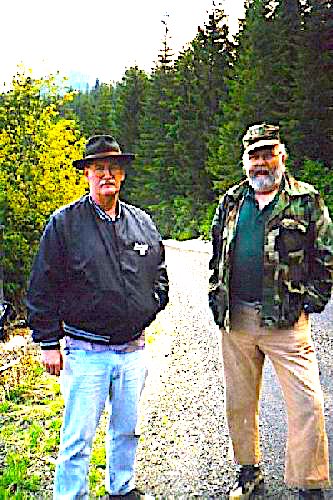 Ray Crowe (left) in the brimmed hat and Cliff Olson (right) in the ball cap.
Seen here on the Western slope of Granite Peaks. June 3, 1999. 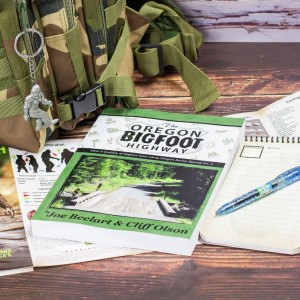 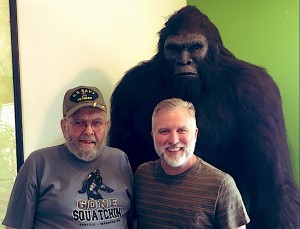 A Tall of Two Cliffs: Cliff Olson meets Cliff Barackman at the North American Bigfoot Center, US-26, Oregon, in August 2019.

Cliff Olson will be missed, and is congratulated for all his years of dedication to the field. Our thoughts to his beloved Patty Sue.