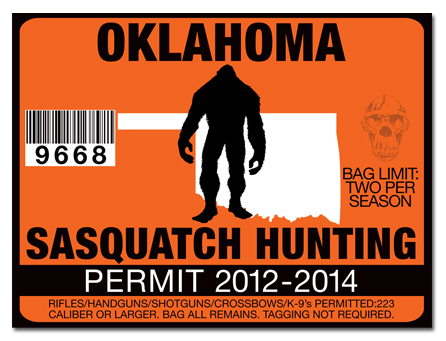 Bigfoot hunting is no joke, despite humorous decals such as the above sold on eBay. Things have turned dangerous out in the woods.

Rogers County Sheriff’s Department made multiple arrests in what appears to be an accidental shooting. Some involved say it happened during a Sasquatch hunting expedition.

Deputies were told that two men were hunting – apparently for Bigfoot – around 177th East Avenue and Tiger Switch Road Saturday night [November 2, 2013]. One of the men reportedly heard a noise, jerked and shot his friend in the back, authorities say.

“When you start off with an explanation like that, do you believe anything after that?” Sheriff Walton said Sunday morning [November 3, 2013].

The men called 911 and met emergency responders at a QuikTrip near Interstate 44 and 161st Street. The wounded man is expected to survive, Walton said.

Walton said the incident is still under investigation and that the men’s stories were inconsistent. Authorities haven’t yet determined whether drugs or alcohol were involved, he said.

“It probably was an accidental shooting,” Walton said. “Our efforts now are to locate the weapon that was used.” 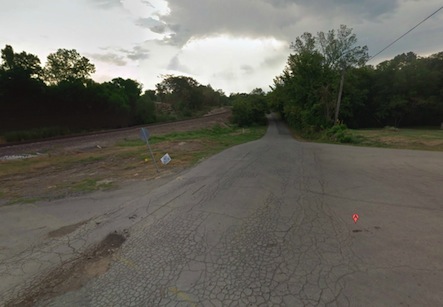 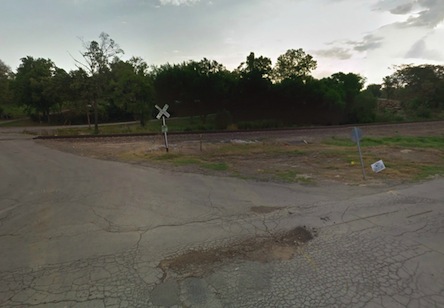 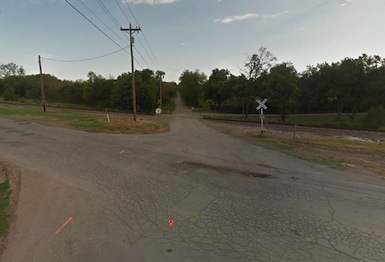 The site is at a location that is technically in Catoosa, Okahoma 74116.

For the UPDATE on the recent incident, see here. 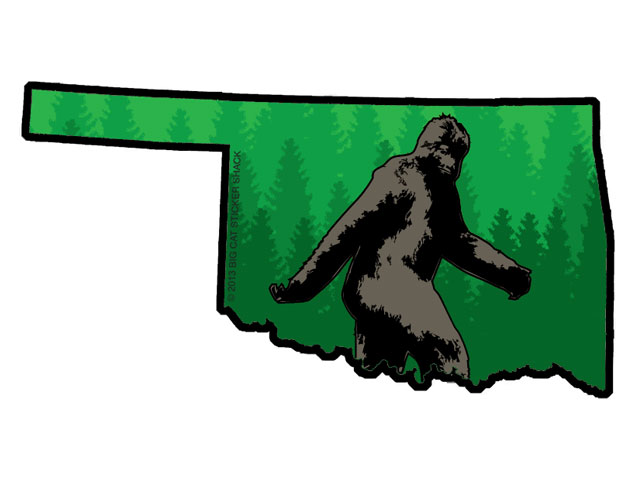 Bigfoot hunting in Oklahoma has been fairly active for many years.

The reality documentary, Bigfootville (2002), it will be recalled, was filmed in southeast Oklahoma. Even though it was a British production company, producer Rene Bartlett talked to many Bigfoot researchers (including me) in the States about this area for the documentary. The program showed how quickly “hunters” would pull out their guns thereabouts, and go out in the dark ill-prepared for the conditions. It has been criticized for years as having been edited to highlight the down home (some say “redneck”) elements of the area. 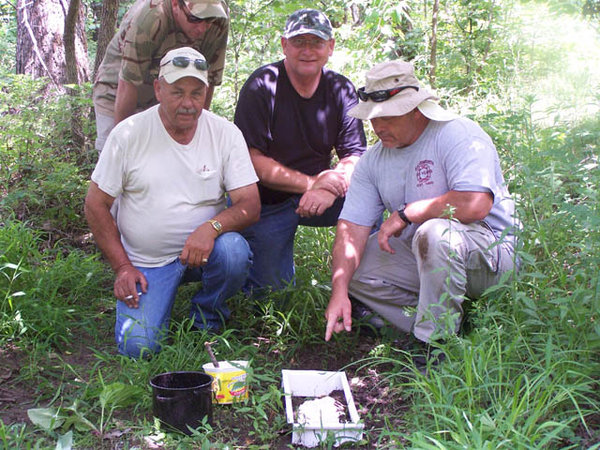 Researchers with the Mid-America Bigfoot Research Center set a cast of a footprint of what they say could be a Bigfoot during a 2008 expedition near Chelsea, Oklahoma.

They are Roy McClish (from left), Todd Bunton, Dave Ganote and Randy Harrington. 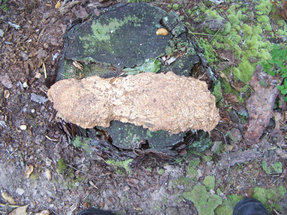 This cast, made in 2008 in Chelsea, Oklahoma, is of a footprint that is about 15 inches long by 5 inches wide. 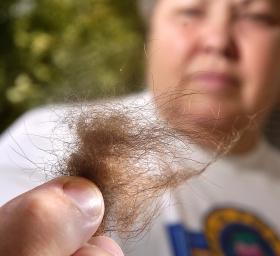 Researchers with Mid-America Bigfoot Research Center took this 2009 cast of what they claim might be a footprint of the elusive Bigfoot in the Kiamichi Mountains in southeastern Oklahoma.

A group of about 30 researchers spent Memorial Day weekend looking for evidence of the creature. 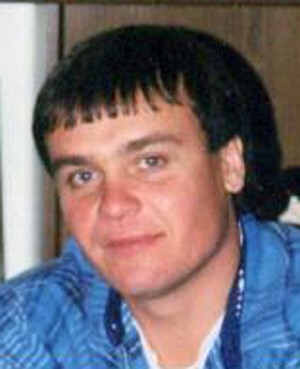 August 2013 saw the first anniversary of the death of Randy Tenley who dressed up as a Bigfoot and was struck by two cars as he tried to hoax a sighting in Montana.