You are here: Home / Alexis Rockman’s Map of Cryptozoology 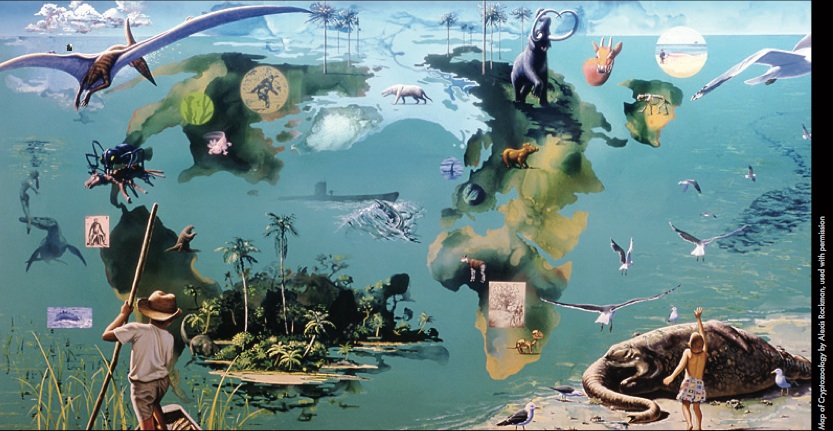 In an exclusive arrangement with the world-famous wildlife artist Alexis Rockman, to support the International Cryptozoology Museum™, Rockman, Loren Coleman, and the museum will begin producing, for sale, professionally done posters of his Map of Cryptozoology, during 2014. 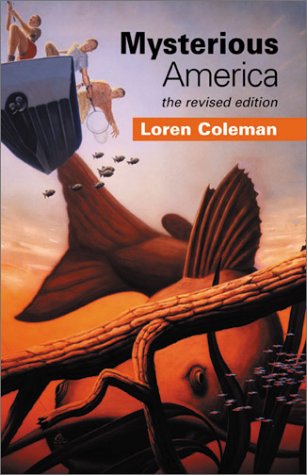 Rockman had previously honored me with the use of his giant catfish painting for the cover of my massively revised 2001 hardback and paperback editions of Mysterious America. 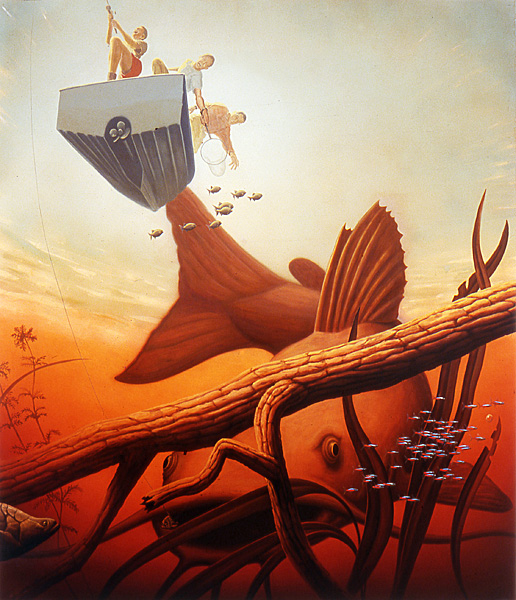 He also was very involved in the Bates College Museum of Art’s Cryptozoology exhibition in 2006, donating the loan of his painting of a sabertooth felid tripping a camera trap in South America. 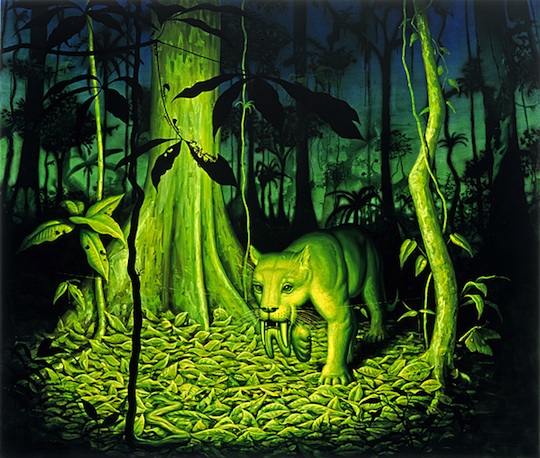 So what do you see in Alexis Rockman’s painting of the world map? Take the quiz.

Can you name all the cryptids, animals of discovery, and miscues noted on Rockman’s unique Map of Cryptozoology?

Here are some answers and guesses; match them with the images:

“The dark creature under the water on the right side of the painting is the Queensland Sea Serpent hoax perpetrated by Robert Le Serrec, a known fraud. It was supposedly photographed near Hook Island in the Great Barrier Reef, Australia.”

“The marine reptile on the left side is directly based on a drawing of the pliosaurRhomaleosaurus by the famous Paleoartist John Sibbick, and the mammoth seems to be drawn after a painting by Burian. I just wonder what cryptid the animal on the polar circle is, because it looks very much like Andrewsarchus mongoliensis.”