Ape Canyon was reportedly the site of a violent encounter in 1924 between a group of miners and a group of apemen [Sasquatch, Bigfoot]. These allegations were reported on in the July 16, 1924 issue of The Oregonian. Fred Beck, one of the miners, claimed they shot and possibly killed at least one of the creatures, precipitating an attack on their cabin, during which the creatures bombarded the cabin with rocks and tried to break-in. Beck detailed his claims in a book written in 1967, in which he identified the creatures as mystical beings from another dimension, explaining that he had experienced psychic premonitions and visions his entire life of which the apemen were only one component.

Actually, it was through Beck’s son that the booklet came into print. Old newspaper articles confirm the nature of the attack. 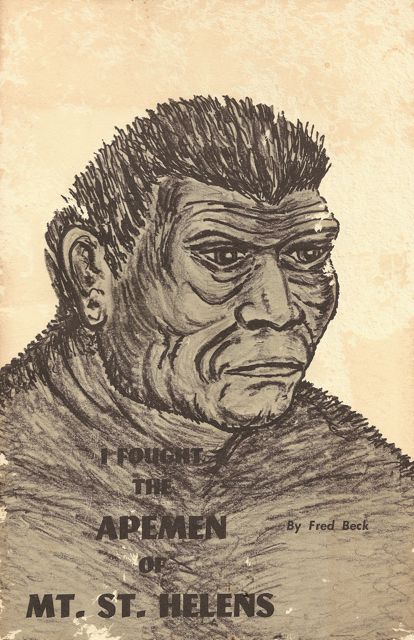 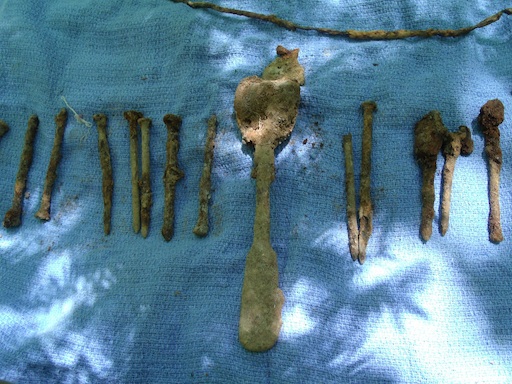 Marc Myrsell of Westport, Washington State, has been working for nearly five years researching the 1924 Ape Canyon story. In that time, he came to the conclusion that physical evidence of the site may have survived the Mt St. Helens eruptions.

On his 5th excursion of field work at the location, Myrsell’s group stayed up on the mountain for three days. On the second day, he found physical evidence of the cabin in the site that fits all the clues left behind within the Fred Beck accounts and in the newspaper report.

Myrsell writes that his group refound

…the cabin site of the famed Venderwhite mine…89 years later, almost to the week when the Smith/Beck group fended off the attack with song, yelling and a lot of ammunition. SO WHAT’S THERE??
All surface evidence of the cabin is gone. A 1936 trail map told us that one could see the cabin from the trail. But that was only 12 years after the incident. In 1968, Fred Beck had heard that the cabin had burnt to the ground. In 1972, hikers told Peter Byrne that they had visited the cabin. Today, it’s rock, steep slope and trees, LIKE REALLY STEEP SLOPE…. LIKE DON’T TELL YOUR WIFE AND MOM WHAT YOU’RE DOING STEEP SLOPE.
The nature of the site carries a high probability of very little human impact. The area has never been commercially logged
as there are so few trees and these are very difficult to get out. The danger of traversing the area makes a high rate of human camp sites unlikely.
When you have this bag of clues, it’s a lot of hunting and pecking. Well, it could be this…. Well, it could be that….
But when you have the site down. It’s just the classic DUH!. Because all the clues start cascading in to place and it all makes sense.
So if one can put the clues on the ground and can solidify your suspected location with physical evidence, you’ve got it.

WE’VE GOT IT.
Due to the sensitive nature of this historic site, I’m really, really, really sorry. But WE CAN’T GO INTO SPECIFIC DETAILS ABOUT THE SITE’S LOCATION. PLEASE DON’T ASK.
But the excitement began with the discovery of the wire, about 16″ long with a coiled loop at one end, like for a bailing or a handle, sticking vertically in the ground. But a raptor could have been building a nest, grabbed it from Woodland and dropped it here.
The excitement grew with a nail, a shank nail about 4 inches long.
But, okay. okay. Keep it together. Someone dropped a nail out of their pocket.
However, jumping up and down and yelling and vigorous hand shaking ensued with the spoon. A single spoon. Just an old spoon. About 6″ underground. Yes someone could have dropped a spoon. Like MARION SMITH!
But this was the clincher. We started finding more and more nails and finally got to a rotten horizontal log, again about 6″ underground WITH THE NAILS DRIVEN IN TO IT.
As best we can tell, we probably found the long, 20 foot side of the cabin, guessing the uphill side. 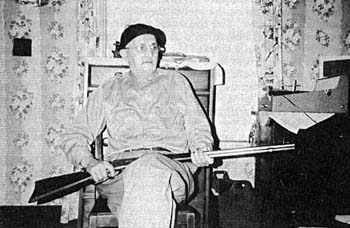