You are here: Home / Caucasus In The News: Almas vs Almasty

Caucasus In The News: Almas vs Almasty

Have you ever wondered about the difference between Almas vs Almasty? 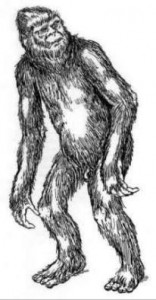 (Harry Trumbore’s illustration above is of an Almas, found in The Field Guide to Bigfoot and Other Mystery Primates.) 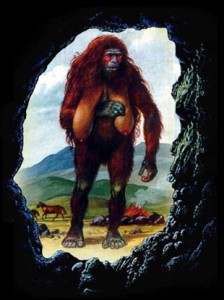 “The names Almas and Almasty have always puzzled me a bit. The Almas, according to all the references I’ve seen to it, is a hairy hominid of Mongolia, classified by you and Patrick Huyghe in The Field Guide to Bigfoot and Other Mystery Primates

as a Homo erectus variant and by Myra Shackley in Still Living? as a Neandertal. The Almasty, as I seem to recall, is an alternative name, along with Gul-bi-Aban (‘Desert Demon’), of the Kaptar of the Caucasus, which you and Patrick also described as a Homo erectus variant in The Field Guide to Bigfoot and Other Mystery Primates. The Almas and Almasty, with their very similar names, inhabit quite widely separated geographical areas, as mutually distant as Kansas and California, with also quite different local languages. 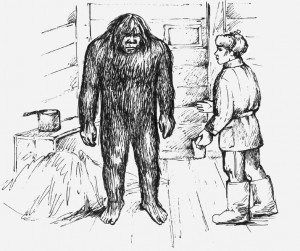 “The Almas inhabits a Mongolian-speaking region, with perhaps a little geographical overspill into neighboring areas speaking Chinese and/or Turkic languages like Uighur, Tuvinian, or Kirghiz. The Caucasus, home of Almasty/Kaptar/Gul-biaban, on the other hand, is divided between speakers of Caucasian languages like Georgian, Mingrelian, Cherkess, Chechen, Abkhaz, Adyghe, and Avar, Turkic languages like Azerbaijani, Nogay, and Kumyk, Iranian languages like Ossetic and Kurdish, and Armenian, an independent branch of Indo-European. Even in ancient times, the Caucasus was called the ‘Mountain of Tongues’ for its linguistic diversity. Turkic languages are spoken in both areas, but I gather that Almas is generally considered a native Mongolian word, and not a Turkic borrowing. One Mongolian dictionary I once consulted defined almas as the Mongolian word for ‘witch’! As for Gul-biban, that is an Iranian expression for ‘demon or ghoul of the wilderness.’

“As for the ‘other varied types of central and southern Asian hairy hominids that could be both Neandertals and Homo erectus varieties.’

“I recall from The Field Guide to Bigfoot and Other Mystery Primates that the Chinese yeren, literally ‘wild man’ or ‘forest man,’ is variously applied in China to Neandertals, to Homo erectus variants, and to unknown pongids, as a heterogeneous omnium gatherum similar to the American popular and journalistic (mis)use of ‘Bigfoot.’” 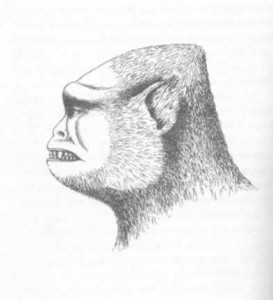