The realization that “wood knocking” and other distinctive sounds occurs among Bigfoot/Sasquatch has been around for a long time. It will be recalled that the book I Fought The Apemen of Mount St. Helens mentions noises made by Sasquatch before their 1924 attack on men in a cabin. As told by Fred Beck of Kelso, Washington and written on September 27, 1967 by his son Ronald A. Beck, the book told of the attacking creatures making a “thudding, hallow thumping noise” before the violent encounter took place. The “thumping” noises were also heard during the daytime, as well, and Beck directly associated the sounds with the Bigfoot. 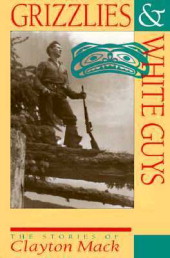 Grizzlies and White Guys: The Stories of Clayton Mack [was first published in 1993]. For those who haven’t read this, Clayton, a member of Nuxalk nation, was born in 1910.

Chapter 7 of the book is entitled “The Sasquatch.” He clearly describes the way Sasquatches “locate” each other is by tree knocking. Additionally, I also recall famed Sasquatch field researcher Bob Titmus writing that in 1959 he’d heard tree-knocking, he’d responded, and was rewarded with responses for 15-20 minutes.

I guess a couple of people (at least) discovered Sasquatches tree-knocking skills quite a few years before Matt Moneymaker’s claim to fame in the Bigfoot world.Doc Bashford 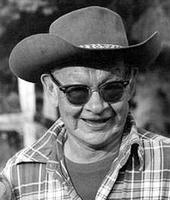 Clayton Mack was born in 1910, at Nieumiamus Creek – “place of flies.” He went to a residential school and worked as a logger, fisherman and a rancher before becoming a tracker and hunting guide. Descended from a long line of Bella Coola chiefs, he was a walking encyclopedia of tribal lore and wordsmanship. He spent 53 years on the BC central coast, guiding the rich and famous on trophy hunts that felled an estimated 300 grizzly bears. During this time, he also gained a reputation as one of the best storytellers in the province. He was flown to Hollywood in the sixties for a visit, where he mesmerized the California jet set with his hunting tales. In 1988, after suffering a stroke, he was moved into long-term care at the Bella Coola Hospital. He died in 1993. 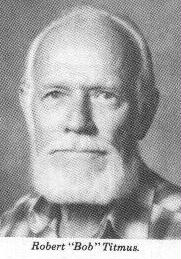 For the latest update in determining the earliest use of wood knocking used to attempt to communicate with Sasquatch, please click and read “Wood Knocking Dates From At Least 1974.”

I thought I would weigh in on the first documented use (that I know of and can verify) of call blasting or as it was called back in 1983, call broadcasting.

The newspaper called the West Virginia Advocate had an article dated December 1986 about a man that used previously recorded sounds that he thought were generated by Bigfoot. In 1983, the reporter accompanied the man to Schaffenaker Mountain in West Virginia where they broadcasted Bigfoot distressed calls. “For several hours, the bloodcurdling sounds blared from Peter’s loudspeakers and across several mountain ranges”.Bill Dranginis