You are here: Home / What Did You Think Of “Finding Bigfoot”?

What Did You Think Of “Finding Bigfoot”? 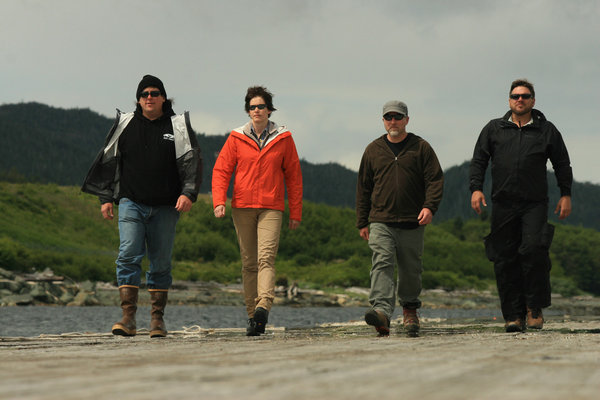 The program revealed some rather clear items of potentially good pieces of evidence: a law enforcement dashcam video (which has been since rumored to be a hoax, although Matt Moneymaker disagrees here), new footprints, and a thermal image of an unknown, apparent upright heat signature in the woods, all from Georgia.

What did you think of this episode?

Also, it revealed some candid moments of Matt Moneymaker bragging to the camera that he was the researcher to have invented the use of “wood knocks” out in the field.

Moneymaker’s claims to “firsts” are also documented on the biography of him (“provided by Matt Moneymaker, President and Founder of the BFRO” and) posted on the “Finding Bigfoot” site. The passage includes the following:

Well, I wonder if members of the Tom Slick family would disagree with the statement about the “first person to organize big expeditions to gather observations and evidence in various parts of North America”?

And of course, Moneymaker knows that Cryptomundo, Cryptomundians, I and Jeff Meldrum, all debunked the “Georgia Bigfoot” hoax too, before the news conference of August 15, 2008, i.e. “first.”

Others may have some things to say about the “first claims” about sound blasting, tree knocking, and more, later.