Do not get your Sassoons confused.

There is a Sassoon in the news, with the death of Vidal Sassoon.

I was reminded of a Sassoon who turned up midcentury in the search for Bigfoot. While writing my book on Tom Slick and doing research on Slick’s links to various personalities including Jimmy Stewart, Howard Hughes, and the Dalai Lama, I came across an unfamiliar name to me back then – Sir Victor Sassoon.

Above is Tom Slick in 1960 showing his friend Sir Victor Sassoon his footprint cast of a California Bigfoot. Photo by Roy Stevens for Fortune (courtesy of Fortune). This photo can be seen more sharply on page 140 in Tom Slick: True Life Encounters in Cryptozoology.

What are the origins of the name Sassoon?

The Sassoon family was an Indian family of Iraqi Jewish descent and international renown, based in Mumbai, India. It was descended from the famous Ibn Shoshans, one of the richest families of medieval Spain. From the 18th century, the Sassoons were one of the wealthiest families in the world, with a merchant empire spanning the continent of Asia.

The name of the family, however, strongly implies a local, Mesopotamian origin for the family. The family name of Sassoon, is also commonly shared by many Armenian and Kurdish families and tribes who all originate from the mountainous district of Sassoon (whence the family and tribal names), west of Lake Van, in upper Mesopotamia, in modern Turkey.

Of those who settled in England, Sir Edward Albert Sassoon (1856 – 1912), the son of Albert, married Aline Caroline de Rothschild, and was a Conservative member of Parliament from 1899 until his death. The seat was then inherited by his son Sir Philip Sassoon (1888 – 1939) from 1912 until his death. Sir Philip served in World War I as military secretary to Field Marshal Sir Douglas Haig and, during the 1920s and 1930s, as Britain’s undersecretary of state for air. The twentieth-century English poet, one of the best known World War I poets, Siegfried Sassoon (1886 – 1967) was David’s great-grandson. Another descendant of Sassoon David Sassoon is the British banker and government minister Lord James Sassoon. In the 19th century, one daughter of the family, Rachel Sassoon Beer bought a number of newspapers in England, including The Sunday Times (1893–1904) and The Observer, which she also edited.

Who was Victor Sassoon? Sir Ellice “Victor” Sassoon, 3rd Baronet, GBE (20 December 1881 – 13 August 1961) was a businessman and hotelier from the Sassoon banking family. He succeeded to the Baronetcy on the death of his father Edward Elias Sassoon in 1924. 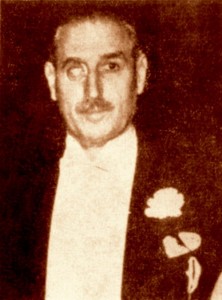 Sassoon lived in Shanghai as a wealthy bon vivant who worked tirelessly to protect Western interests in the Orient and helped European Jews survive in the Shanghai Ghetto. Sir Victor walked with the aid of two sticks as the result of injuries in World War I in which he served in the Royal Flying Corps. He founded the Cathay Hotel (now the Peace Hotel) but left under increasing Japanese pressure in 1941.

Victor Sassoon was an avid photographer and held extravagant parties at his hotel. He sold his business interests in India and Shanghai in 1948 and transferred the proceeds to the Bahamas. There in 1952 he set up a new enterprise, the E.D. Sassoon Banking Company.

Sassoon was related by marriage to the Mocatta family and he himself was a Sephardic Jew. One of his former employees, Lord Kadoorie, later founded the Hong Kong based utility company China Light and Power. One of his right hand men in Shanghai was Gordon Currie who was put into a concentration camp by the Japanese and remained there for several years.

During the 1950s, Sassoon lived at his home on Cable Beach in Nassau, The Bahamas.

It is was during this time that Sassoon befriended Tom Slick. 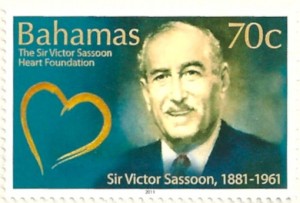 Late in life he married his American nurse, “Barnsie,” who remained in Nassau long after Sassoon’s death in the early 1960s. Lady Sassoon formed the charity in the name of her late husband to help Bahamian children, by hosting the black-tie Heart Ball each year over the Valentine’s Day weekend. (They never had any children and the Baronetcy became extinct on Sassoon’s death.)

A fan of Thoroughbred horse racing, Victor Sassoon owned a highly successful stable of horses that won numerous prestigious races in the United Kingdom. In 1925 he purchased Woodditton Stud in Cambridgeshire not far from the Newmarket Racecourse. He remamed it Eve Stud Ltd. as he was know to his intimates as ‘Eve’- a contraction of his first two names, Ellice Victor. Today, it is owned by Darley Stud Management.

Sir Victor Sassoon may have been distantly been related to the Sassoon you are reading about in the news, but only in their long ago past. 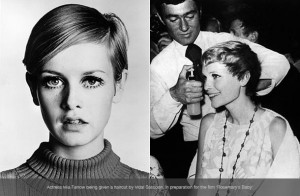 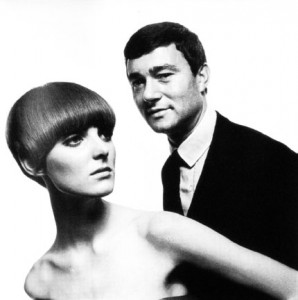 The famed hairdresser of the stars, who brought architecture into hair cutting, Vidal Sassoon died at 84, in Bel Air, California.

For the full Vidal Sassoon obituary in The Guardian, see here.