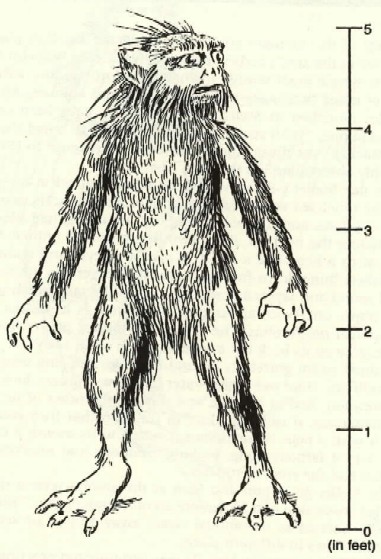 Harry Trumbore’s drawing of the Thetis Lake Monster in The Field Guide to Bigfoot and Other Mystery Primates. This cryptid case is puzzling. 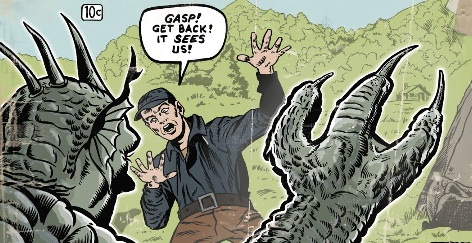 The Thetis Lake Monster issue of Junior Skeptic was published in 2009.

Editor Daniel Loxton (above) shares the conclusion of his investigation of the British Columbian Lizardman reports. He declares the whole thing groundless. He spoke with eyewitness Russell Van Nice, who told him the pivotal Van Nice/Gold sighting was a hoax.

But the haunting question of the day is, if Loxton reinforces the imagery of the Thetis Lake Monster, a la’ The Creature From The Black Lagoon, within the minds of his youthful readers, well, will he have no one to blame but himself? (That’s an inside joke for anyone that ends up reading his article. Footnote for 2013: Or his new Abominable Science book.) 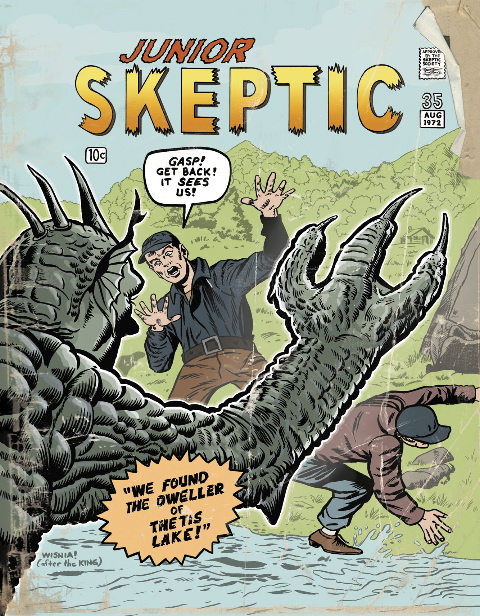 The cover art is by Chris Wisnia and Daniel Loxton.

The Thetis Lake Monster is now part of popular culture, certainly in Japan. 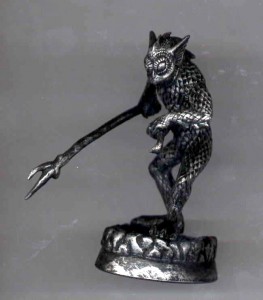 An example of the above interpretative figurine, imported by Clawmark, can be seen in the museum. (It is only about two inches tall, btw, thus being a little shorter that the original reports discussed, which we now understand to be imaginative fakery, according to Loxton.)

Join the past patrons in supporting the International Cryptozoology Museum in downtown Portland, Maine.

This educational/scientific/natural history museum is a nonprofit organization, and you will receive a letter you may file with your taxes.