You are here: Home / Ohio Bigfooter Todd Clark, 45, Passes Away 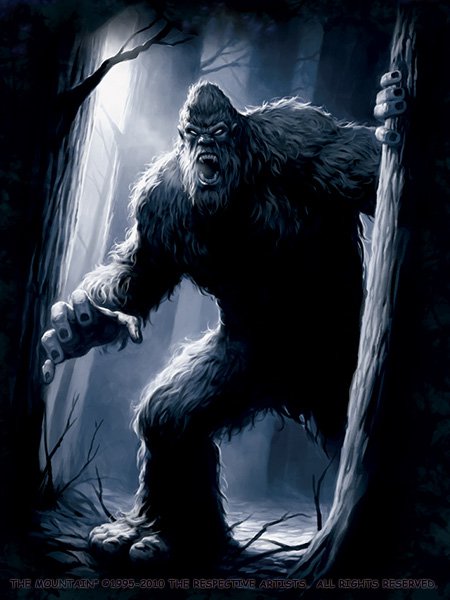 This was one of Todd Clark’s favorite Bigfoot images.

The wife of Ohio Bigfoot eyewitness and Sasquatch seeker Todd Clark announced his death on Facebook. Here’s what she shared about Todd (February 20, 1970- May 3, 2015):

Hi everyone, its Tracy, just letting everyone know that Todd passed away Saturday [May 3, 2015] at 6pm. I was with him till his last breath. My heart is just broken. I really don’t know how i’m gonna live without him. Alex is just devastated. At least Todd is not suffering any more and I know he’s up in heaven watching over me and Alex and all his friends and family. I just wanna say thank you for all your prayers and support through all of this. It really means a lot. We are having a service for him this Saturday at 2pm at Northcoast baptist Chruch 2051 Quail st. Lakewood Ohio 44107 To my love, my heart, the reason I breath, I miss you so much . Not only were you my husband, lover, secret teller, and my protector, you were my best friend and I’m so happy I got to be with you through this crazy life we had together. Id’ do it all over again with you if I could. I love you baby. Go find Bigfoot. your wife Tracy

Todd Prescott shared some FB passages of Todd’s, from January 2012:

I have a sighting on youtube it is under Bigfoot sighting in Litchfield, Ohio; check it out. I grew up in Ohio hunting and fishing my whole life. Always thought there was some thing out there.  My two older brothers would tease me when we would go on hunting trips to southern Ohio, when I was younger.  I’m 42 years old now, but after the sighting that day fishing, it changed the way I view the outdoors. I think back to all the weird things that happened to me in the woods and wonder if it was our hairy friend….Well thanks and I hope to hear from you soon. your friend Todd 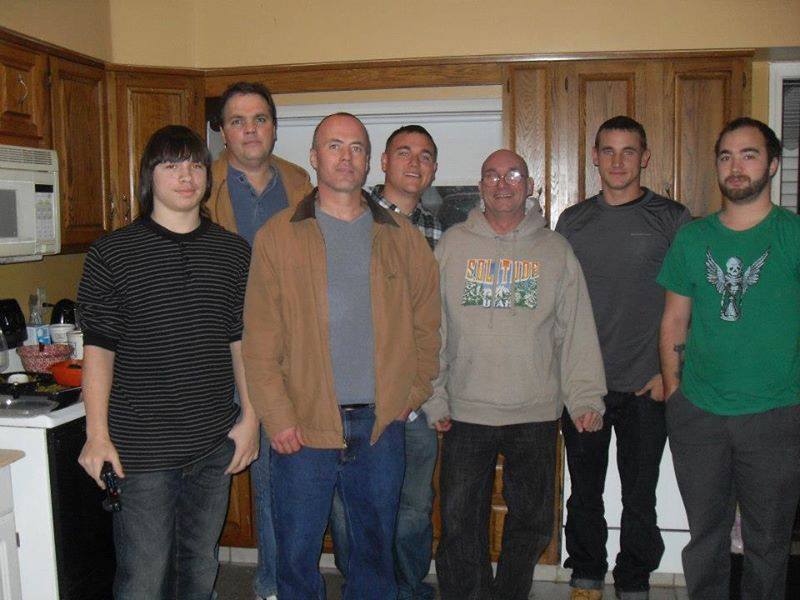 Todd was the tall one with his family and friends in this photograph from a few years ago.
+++++++++++
Todd tells of his Summer 2009 Bigfoot sighting.
+++++++++++
I’m not part of any group. But I go out all the time me and my dog or my son or both. I have a great place where a lot of activities happen. I do not have a good camera but I do leave treats for them. Some times [they] take them and from time to time I find tracks, I think. I have not been out there at night and that’s when I know they are active [in] the lands adjacent to state land. So it is quite big. It’s close to that Salt Fork [State Park] everyone talks about in Ohio but not right there. It’s were I have hunted since I was small. I just enjoy the woods so much anyway. But like I said before because of that sighting and I know they are out there. To be in the woods at night by myself is not something I am ready to do. Before the sighting I would frog gig and night fish til the morning all over by myself. I’m 6 foot 3 inch and I would tell myself that Bigfoot is not real if I was spooked. But after seeing with my own eyes that’s not an option yea know. So I would think of myself more of a researcher for myself just because I want to know all I can about them so some day I can be in the woods with them without fear. You know what they say we fear what we do not know. And as big and powerful and fast as these things are in the woods they could be something to fear, but at least to respect. Well sorry to ramble on have a nice day Todd 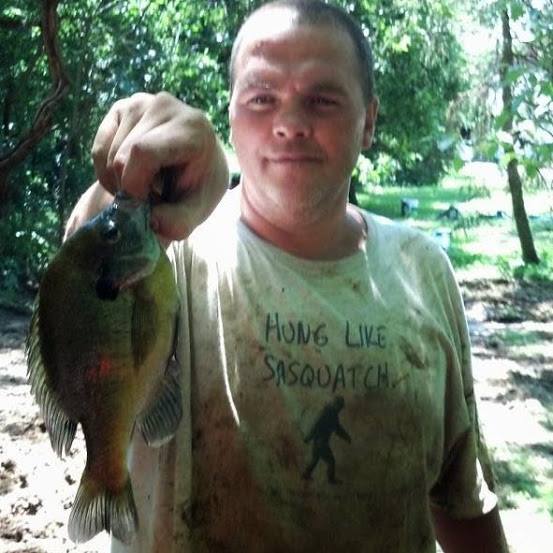 Todd Clark married Tracy on February 7, 2009. He was from Los Angeles, California, moved to Portland, Oregon, and then moved and lived in Cleveland, Ohio. He worked at the Cleveland Clinic. Condolences to his family and friends.
Thanks to Todd Prescott and Jeff Meuse for links.
by Loren Coleman on May 4, 2015 in Bigfoot, Breaking News, Cryptotourism, CryptoZoo News, Cryptozoologists, Cryptozoology, Eyewitness Accounts, Men in Cryptozoology, Obituaries, Sasquatch
Previous Entry: A New Book on Maine Bigfoot: Shadows in the Woods
Next Entry: Hawk Spearman, 42, Has Died