You are here: Home / A Stinking Christmas Story 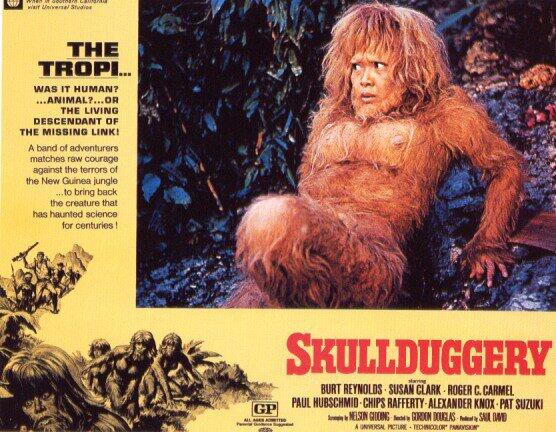 The Tropi of Skullduggery (director Gordon Douglas, 1970), fictionalized bipedal hairy hominids, may resemble the Stinking Ones.

A similar smaller unknown hairy hominoid had an encounter for December 25, 1953, which has always intrigued me, of the Sakai, Devil Sakai, or The Stinking Ones, as they are called.

One of the more distinctive features of the “Stinking Ones” is that they have mustaches on females.

Here’s what Patrick Huyghe and I wrote, in our 1999 book The Field Guide to Bigfoot and Other Mystery Primates about the December 25, 1953 incident that occurred on the Trolak Reserve, Perak, Malaysia:

Wong Yee Moi, a young Chinese girl, was tapping a rubber tree when she felt a hand on her shoulder. When she turned around, she beheld a fowl-smelling female covered with hair and wearing a bark loincloth. Her skin was white and she had long black hair on her head and a mustache.

When the creature grinned and displayed her long fangs (or were they merely large buck teeth?), the witness ran back to the estate compound. On her way she noticed there were two other similar creatures standing under some trees by the river. Both were males whose mustaches hung down to their waists.

The owner of the estate, a Scot named G. M. Browne, immediately called the local security forces, who dispatched a posse of Malayan Security Guards led by Corporal Talib. When the posse reached the river they spotted the three hairy creatures and prepared to fire on them. But the creatures dove into the river, swam under water, and emerged on the far bank where they vanished into the jungle.

The next day on the same estate a Hindu Indian worker named Appaisamy was grabbed by a pair of hairy arms while tapping rubber. Terrified, the worker ran off but fainted on the way back to the compound. When he came to he found three hairy creature laughing at him. Later that day a patrol of Talib’s guard spotted the creatures by the river again.

It turns out these creatures were known about long before this [1953] incident throughout peninsular Malaysia. Both locals and government authorities were apparently quite familiar with “The Sinking Ones,” as they are also known. Some had been seen pulling out tapioca roots and eating them. Reports suggest they have raided crops in various parts of country. 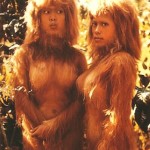 BTW, the 1970 film Skullduggery serves as a historic visual curiosity. I am in awe at how ineffective the Tropi creations for the movie were made. Beautiful Asian actors were employed and hair stuck on their bodies (directly and indirectly).

Indeed, Skullduggery is a rather unbelievable film in content, which ranges from environmentalist conspiracy rants about the military-industrial complex (outdated news today) to an incredible courtroom finale involving the Black Panthers (really old and overdone). The film’s expedition is headed by a character named “Douglas Temple,” (twilight language alarms are sounding) played by none other than Burt Reynolds.

The story seems to contain elements from the real but shadowy life of OSS-operative and cryptozoology-aware Tom Slick. Slick headed a 1950s’ expedition to New Guinea to look for unknown hominids or maybe even Amazons. The movie’s plot was reportedly based on the novel Ye Shall Know Them by the French novelist Vercoeur. Vercoeur was allegedly the pseudonym for former Indochinese intelligence services agent Pierre Boulle, who wrote The Bridge on the River Kwai (1952) and Planet of the Apes (1963). One does measure a circle, beginning anywhere.

Could the Sakai be another name for the Nguoi Rung, both of which may be forms of Homo erectus? 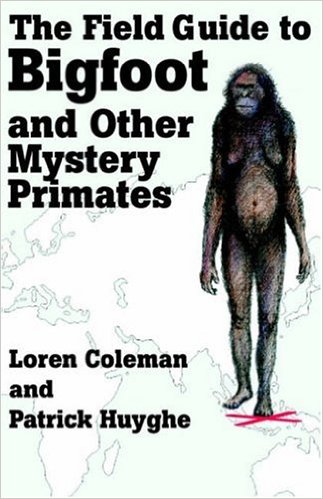 Source: The Field Guide to Bigfoot and Other Mystery Primates

What other hominoids might be in the jungles of Malaysia? The Orang Dalam, of course, which are the True Giants, and one is depicted on the cover of the new True Giants: Is Gigantopithecus Still Alive?.

Happy Holidays to the shorter hominoids and the True Giants, I say, mustaches or not! 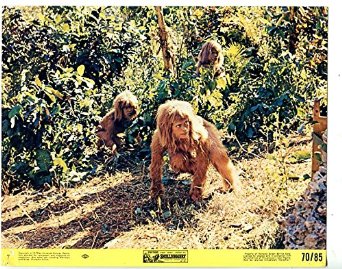 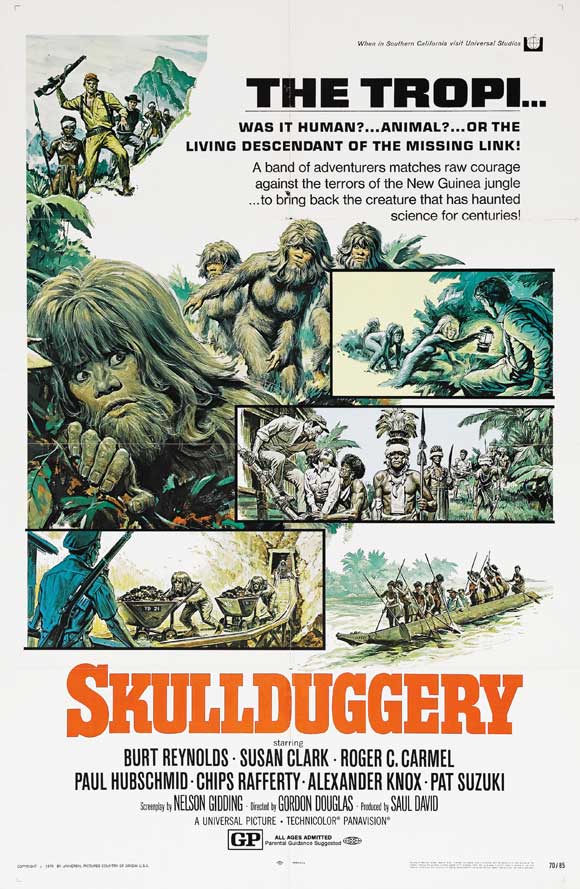