A Student Film Project on Steroids. Setting a Speed Record while Standing Still. Standing Out Promises Malaysian Mania. Standing While Running In Place: The Self-Help Documentary for Your Next Radio Appearance.

The imaginary subtitles were nonstop in my head as I tried to fall asleep on the night of July 14, 2007.

Todd Standing was on the radio, it was the first time I’d ever heard him, and I couldn’t believe that what I was listening to was the guy designated as the “new” Bigfoot expert of the moment.

I notice Standing is going to be back on that same program, with the same host, tomorrow, Saturday, June 28th. Don’t get me wrong, I was fully in the host’s camp on this one. My sympathy was with the talk show moderator, all the way.

How can one speed way beyond any legal limit in Canada or the USA, while standing completely still? If you can’t answer that question then you weren’t listening to Todd Standing’s “I’m God’s Gift to Bigfoot” performance on “Coast to Coast AM” with Ian Punnett on Saturday, July 14, 2007. Standing’s speed-talking, self-promoting appearance was supposedly so he could comment on the BFRO Michigan expedition. Narcissistic is all it can be called.

Is Standing in the midst of some kind of joke? Or performance art?

Could there be any truth to the rumor that Standing is a fledging actor and this is all a grand play, a stunt, a gaff, if you will, complete with a stage name, which he’s playing on the Bigfoot community?

Stan Lee would never let this guy become a superhero. Let’s look at his C2C performance.

Standing didn’t answer any questions about Michigan from Ian Punnett.

Standing only talked about himself and his “discoveries,” while asking for more airtime, regularly.

Standing reported his latest Bigfoot tape and latest audio were extraordinary evidence of Bigfoot, but shared neither.

Standing had no logic. While claiming others could not get close to the creatues, he said Bigfoot should be left alone and yet said he could get within 40 feet of Bigfoot – and only through him could people learn how to do that.

Frankly, Standing talked so rapidly, in such a controlling fashion, speaking over Punnett, the guy sounded like he was on speed.

Where’s Standing’s proof? He seemed to be taking a page from the Biscardi appearances on C2C, with big promises made, but in the end he delivers nothing. 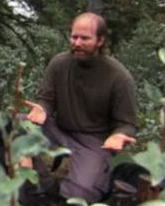 Standing says he wants to protect Bigfoot, but he must understand this is outside the realm of any norm in endangered wildlife laws without proving the animal exists first. The petition, the Canadian legislative member (who, btw, has already withdrawn his support), and the media releases are publicity stunts with no substance.

Where did Todd Standing go to school? What degree does he have? Is this all merely a student film project on steroids? Who is Todd Standing?

Why are the only elements of Sasquatch history Standing seems to know about are linked to trigger words like Ruby Creek and Ape Canyon?

Why does he want to talk about violence and Bigfoot?

Why is he making claims about Bigfoot killing a human?

Frankly, I don’t think we’ve seen everything that is behind the curtain on this one.

Most troubling of all…why did Todd Standing place an ad (apparently published in the Spring of 2005) for actors to be in a film that sounds a lot like the one that he claims to have made about Sasquatch in Alberta?

Coast to Coast AM should ask the difficult questions.

Did Todd Standing place an ad for a Bigfoot film in 2005, which appeared before his “Sasquatch in Alberta” footage?

Actors are invited to audition for a feature film to be shot in and around Edmonton in August. Seeking 9 male and 5 female actors 25 – 35 years old. For more info on the roles and for an audition appointment email or call Todd at (780) 232-5296. Ad at the Canadian Media Mag site (Spring 2005, now archived)

Does this have anything to do with an authentic Bigfoot? Apparently, very little.