You are here: Home / Are Spider Rains Normal? 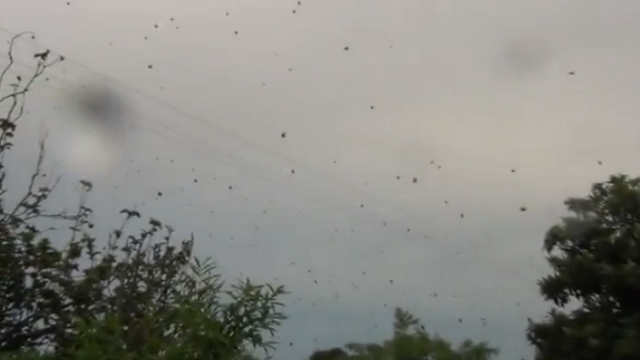 You may have heard the recent news: It rained spiders in Brazil.

On Sunday, February 3, 2013, this occurred when thousands of spiders were seen and recorded “falling from the sky” in the southern Brazilian town of Santo Antônio da Platina.

G1.globo spoke with “a local biologist who identified the spider as Anelosimus eximius — a ‘social spider’ species known for its massive colonies and ‘sheet webs.’ He characterized the phenomenon as ‘normal,’ which [Gawker felt] it most certainly is not.” Source.

Perhaps one reason this identification was made so quickly was the following similar 2002 photo (Source): 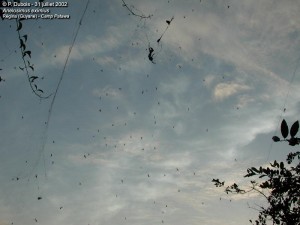 Is there a mundane explanation to these recent reports in Brazil of arachnids from the sky?