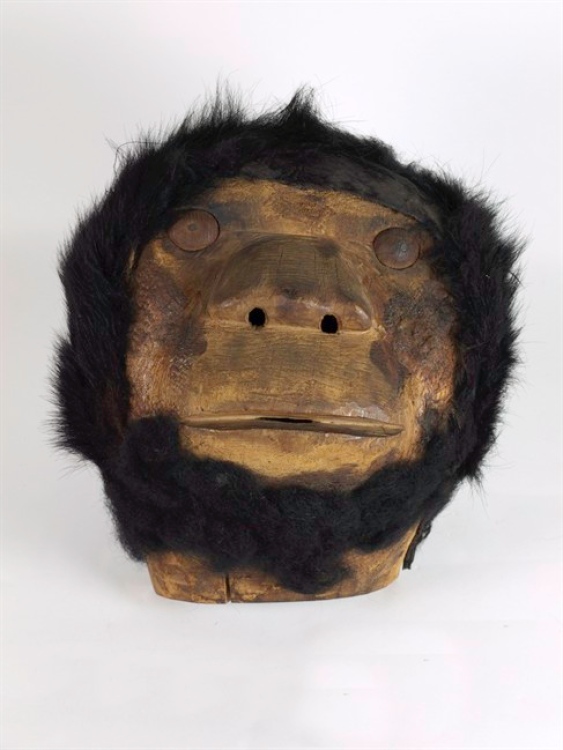 A Sasq’ets mask, commonly linked to being representative of Sasquatch (also known as Bigfoot), is seen in this undated handout photo. Bigfoot sightings may be elusive, but a Sasquatch mask missing for 75 years was easily found after a simple request from a British Columbia First Nation. THE CANADIAN PRESS/ HO, Museum of Vancouver 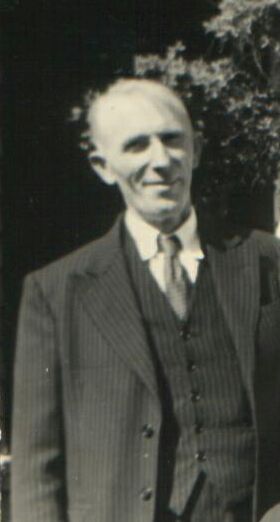 Community elders [said] that the mask had been taken by J.W. Burns, a teacher at the Chehalis Indian Day School, and a man obsessed with the Sasquatch legend.

Burns, who is often credited for bringing the word “Sasquatch” into common use, donated the mask to the Vancouver Museum….

Museums today tend to collect contemporary masks made by modern Canadian First Nations and American Indian artists, such as the following. 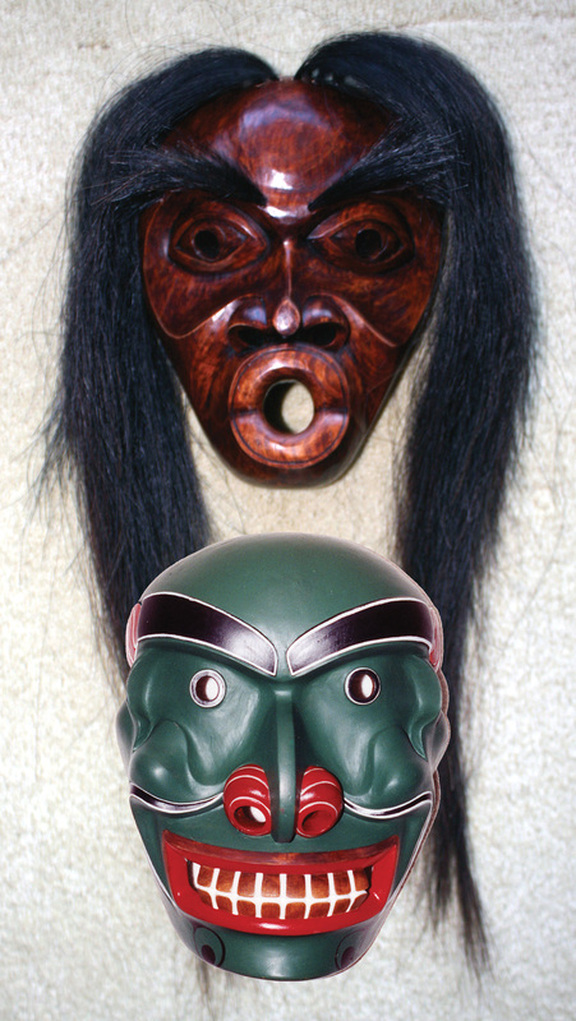 A D’sonoqua mask (top) and a Bukwas mask depicting what we have come to call a Sasquatch. Source. 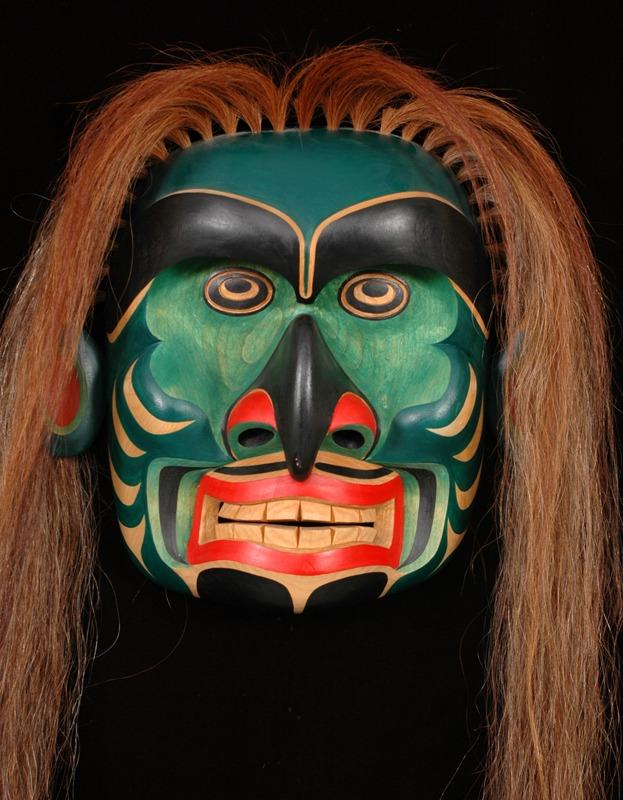