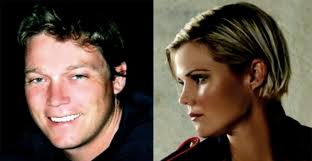 Amid a strange new report out of Uganda claiming that heroin was found in Rice’s hotel room, the following from Uganda has been released:

THE POLICE REPORT
…Mr. Rice Jeffrey David was found dead at the Hotel balcony seated in his chair head bending over the table while bleeding through both mouth and the nose. Ms Fuller Kathryn was found in an unconscious state lying on the floor beside the left hand side of the deceased…
They had jetted into the country on February 15, 2012 as an advance party to a larger team that were to film a documentary in Uganda in collaboration with Hope Medical Clinics Uganda, affiliated to Starley Hearing Foundation based in Minnesota- USA which offers free hearing aids to hearing impaired victims.
Toxicological results of the post mortem exhibits submitted to Government Analytical Laboratory Wandegeya reveals that major metabolites of cocaine were qualitatively detected.
The whitish powder in a plastic bag found at the scene contained Acetaminophen, Caffeine, Acetylcodein, Diacetylmorphine and Papaverine which are opiates classified as drug of abuse. Police is yet to interview the survivor Fuller Kathryn, but shall do so upon her recovery.

The pair who were in Kampala, Uganda, to film a documentary, were originally thought to have been poisoned. But police have now ruled out this theory. Uganda Police Force spokesman Asuman Mugenyi told ABC News. ‘This is a very wrong account,’
However friends believe they were forced to ingest it after a failed shakedown. Others fear they were targeted because they were working on an investigative documentary, ABC News reported.
But police insist the pair willingly ingested the substance.
‘There was no struggle. These were two people in their room and there was not a single sign of a struggle. Not even a single bruise on Rice’s body,’ Mugenyi said.

But others are disputing these stories from Uganda.

Red Dirt Report’s editor Andrew W. Griffin is highlighting a new theory today that former Destination Truth (DT) and recent CBS producer Jeff Rice was murdered as part of a cover-up of the current Uganda dictatorship’s standard operating practices. While Cryptomundo started down this road of noting Jeff Rice’s death due to his cryptozoological links to DT, we feel it important to report this new political angle for completeness.

The Washington-based Wayne Madsen Report investigative news blog is reporting today that the death of freelance television producer and Oklahoma native Jeff Rice at a swanky hotel in Kampala, Uganda, is likely linked to goons working within the dictatorial regime of U.S. supported leader Yoweri Museveni and that a cover-up is now underway.

Rice, 39, who has worked on The Amazing Race and Whale Wars reality shows is said to have been found on his hotel balcony, overlooking Lake Victoria, with blood pouring from his nose and mouth. Next to him was his unconscious assistant Katheryne Fuller. Reports are that while she is recovering, the authorities are holding her in Uganda and the police there may charge her with drug possession, according to the Daily Mail out of the United Kingdom.

Initial reports, however, said the duo was targeted by African gang members and subsequently poisoned, although the police are now discounting that scenario.

Rice, notes CNN.com, was a co-owner of SB Productions in Durban, South Africa, along with his wife Sally Blackman. The article also notes his love of the African people and how he was given the name Legnai, which means ‘a gift from God,’ by the Zulu people. Rice leaves behind two daughters, ages 7 and 2.

“Dictator-for-life” Yoweri Museveni, as we have previously reported, has been terrorizing government critics and journalists for some time now. Museveni has also made it known he has no use for homosexuals either and the anti-gay Ugandan tabloid media has been calling for the lynching of gays and lesbians while the Ugandan parliament tries to pass legislation that would impose the death penalty on those found to be homosexual.

Griffin’s essay asks: “So, under U.S.-friendly Museveni, a virtual reign of terror has gripped the east-central, Anglophone African nation and the U.S. government ignores the bad behavior of Museveni – or do they?…did Jeff Rice get dispatched to Uganda not so much to work on an adventure-themed reality show or some other straightforward series but rather to uncover and film the dirty activities of the corrupt Museveni regime? Did U.S. (or corporate British) sources expose Rice’s true intentions and put him and his crew in mortal danger and then use a ‘cocaine overdose’ as a convenient cover story? ”

As Wayne Madsen’s sources note, “Rice and Fuller may have asked one too many questions that the Ugandan regime found uncomfortable and in an attempt to forestall a further investigation, decided to poison Rice and Fuller.”