You are here: Home / Beautiful New Species From The Lost World And Beyond

Beautiful New Species From The Lost World And Beyond 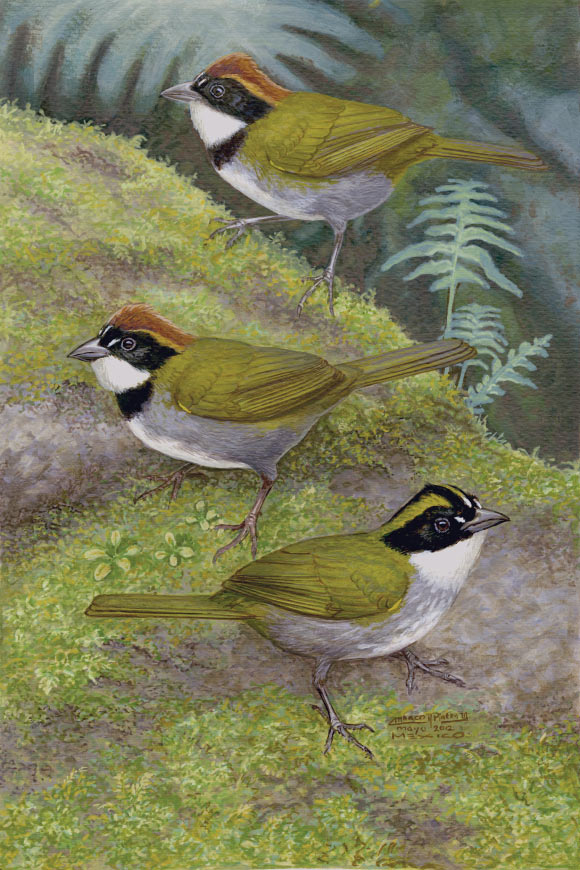 The new species, discovered in Mexico, scientifically named Arremon kuehnerii, belongs to the passerine family Emberizidae, a large family of birds known as buntings in Europe and sparrows in the Americas.

The bird’s specific name, kuehnerii, honors biologist Mr Carl Kuehner, a member of the board of directors of U.S. National Fish and Wildlife Foundation. Source.

Elsewhere, at least 441 new species of plants and animals have been discovered in a remote part of the Amazon rain forest – a virtual “Lost World,” according to the World Wildlife Fund. 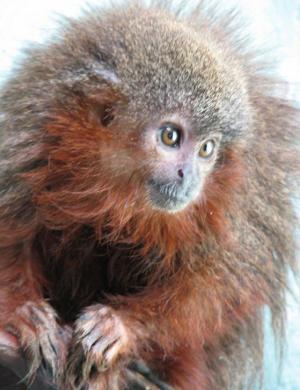 Callicebus caquetensis – Colombia | This new species, Callicebus caquetensis, is one of about 20 species of titi monkey, which all live in the Amazon basin. The babies have an endearing trait, “When they feel very content they purr towards each other,” explained scientist Thomas Defler. 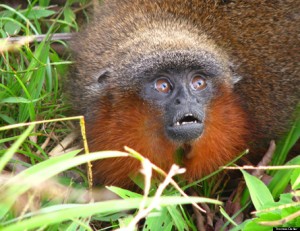 The mammal among the group, this monkey that purrs like a cat when it is pleased, is getting lots of play in the media. But the story I like is the one about the new snake being named for a character from the novel, The Lost World. 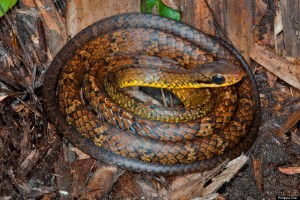 Chironius challenger – Guyana and Venezuela | Found in the mountains of Guyana, at elevation of 4,922 ft., this brightly-colored snake species was named Chironius challenger after Arthur C. Doyle’s fictional character Professor George Edward Challenger in the novel, The Lost World.

Researchers scoured the region between 2010 and 2013 and found 258 species of plants, 84 fish (including a vegetarian piranha), 22 reptiles, 18 birds and one new mammal, a monkey that purrs like a cat when it’s happy. Many of the species are believed to be endemic to the rain forest and found nowhere else. 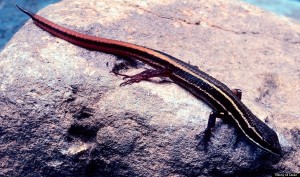 Cercosaura hypnoides – Colombia | This beautiful lizard was found from the hatchlings of eggs collected by scientists in the Colombian Amazon. An elusive species, Cercosaura hypnoides, has not been seen in the wild since the original eggs were collected, raising the prospect that it could potentially be endangered. 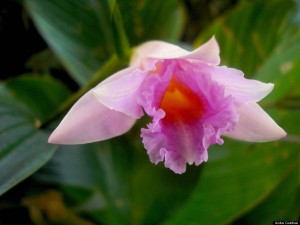 Sobralia imavieirae – Brazil | Among the new plant species are a large number of new orchid species, including this splendid pink species, Sobralia imavieirae, officially described by scientists from Roraima in the Brazilian Amazon. 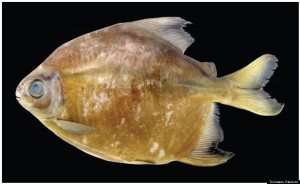 Tometes camunani – Brazil | This new species of piranha, Tometes camunani, can span 20 inches wide and weigh up to 9 pounds, and is strictly herbivorous. The freshwater fish inhabits rocky rapids associated with seedlings of plants that grow among the rocks, its main source of food. 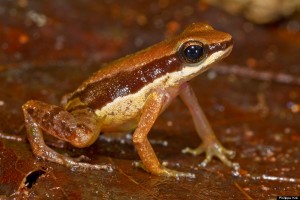 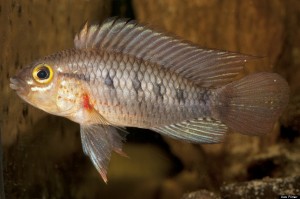 Dicrossus warzeli – Brazil | The species is named after Frank Martin Warzel, a skilled German aquarist who first imported the species from the Rio Tapajos to Germany, as well as observed its behaviour, including reproduction in the field in Brazil and Colombia. 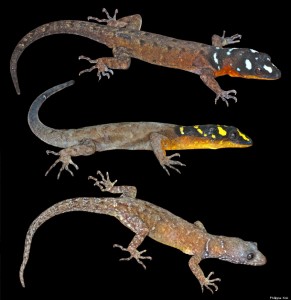 Gonatodes timidus - Guyana | This extraordinary-looking species of lizard was discovered in 2011 in the part of the Amazon that extends into Guyana. The surface of the Lizard’s head is black with bluish white to vivid yellow irregular stripes and blotches. Despite this ‘warpaint’ the name given to the species derives from the Latin word timidus meaning “shy” or “fearful.” 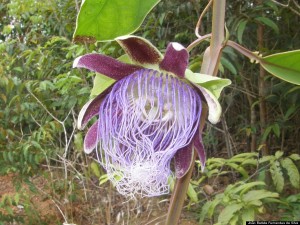 Passiflora longifilamentosa –Brazil | A new species of passion flower was discovered in the rain forests of the Brazilian state of Para in 2013. Together with vivid purple petals, the new species displays fantastic and quirky ‘noodles’ or ‘spaghetti’ (corona filaments) that burst out of the flower’s center.

Moving on to another part of the Amazon, there’s a new giant fish to discuss. 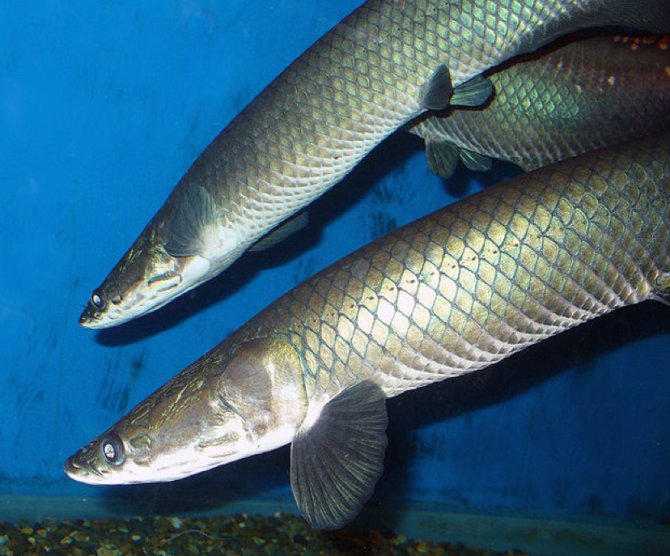 A new species of Arapaima has been discovered – the first since 1847. Source.

The new species, Arapaima leptosoma, was described by Dr Donald Stewart of the SUNY College of Environmental Science and Forestry, from a single specimen collected in 2001, near the confluence of the Solimões and Purus rivers in Amazonas State, Brazil.

It’s a more slender fish than other Arapaima — hence the name leptosoma, which means ‘slender body’.

Until recently, it had been thought there was just a single species of Arapaima: A. gigas. But work by Stewart has shown there could be at least five species of these giant air-breathing Amazonian fish. In a paper earlier this year he re-named Arapaima agassizzi, whose existence was first established in a rare 1829 monograph. This species was originally named A. agassizii in 1847 by a French biologist, but a publication in 1868 considered it to be the same species as A. gigas. That second opinion was widely accepted and, until Stewart came along, no scientist had ever questioned that view.

He expects the diversity of the genus to increase further with additional studies.

Strangely, some of the photos on Wikipedia’s listing for Arapaima actually show the new fish, Arapaima leptosoma — including the picture above — according to a report in National Geographic. These photos show Arapaima kept in a public aquarium in the Ukraine, and Stewart says he has no idea how the new species managed to get there.