National Geographic will be broadcasting their special on Sunday, November 17, 2013. 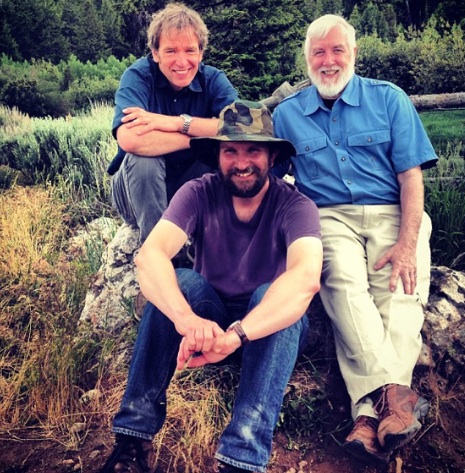 Here I am with the host and filmmakers of the Channel 4 special on the Yeti finding, shooting in Idaho about the Tom Slick expedition and my Bigfoot thoughts. None of the footage made the program, but it was fun, nevertheless.
In the USA, on November 17, 2013, the television network, NatGeo will broadcast a two-hour special that combines their three Channel 4 programs called “Bigfoot Files.” 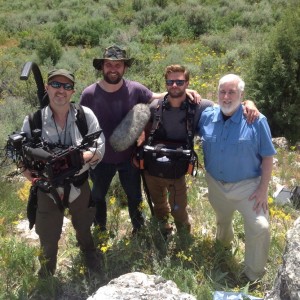 The Channel 4 broadcast of their “Bigfoot Files” program in the UK, on October 20th, revealed the Yeti-Ancient Polar Bear theory.
This article summarized what unfolded in the program. The Zana-Almasty results are detailed here.

A thoughtful piece by National Geographic was published on Monday, October 21, 2013, entitled “Is the Abominable Snowman a Bear?” Besides statements from Bryan Sykes, it contains a passage from my conversation with writer Ker Than:

Loren Coleman, director of the International Cryptozoology Museumin Portland, Maine, said Sykes’s finding could be the “number one story in cryptozoology”—the study of hidden, or unverified, animals—”for the decade.”

Coleman, who also appears in the upcoming documentary, said he thinks Sykes’s findings likely explain only one of the Yeti varieties that have been reported.

“That’s one of the problems with the word ‘Yeti,’” Coleman said. “It’s an umbrella term for three different varieties. There’s the small kind, there’s a man-sized type, and then a larger one that is known as Dzu-Teh. I must assume what he’s looking at are samples from the larger-sized one that many of us in the field have speculated was a form of bear.” 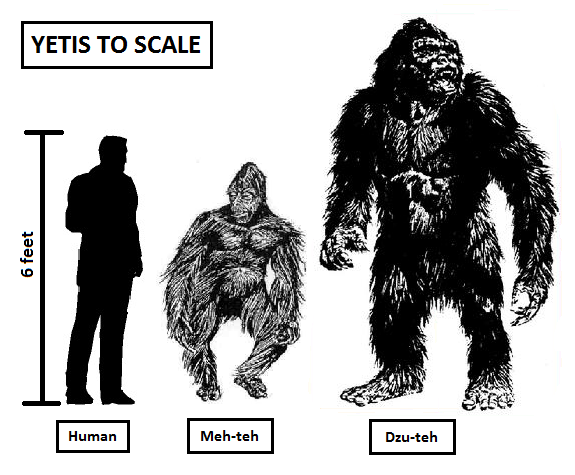 The above scaled chart was created by Tyler Stone, and he is to be credited for it. He says it was “culled from other sources.”

If, as Sykes’s findings suggest, the Dzu-Teh is indeed the same species of early polar bear that once roamed the Arctic, it is unlikely to have a white fur coat, as often shown in popular depictions of the Yeti, since it was one of the first polar bears to branch off from brown bears.

“It’s one of the myths of the Abominable Snowman and Yeti that they’re white,” Coleman said.

“The native people actually describe them as brown and reddish-brown.” 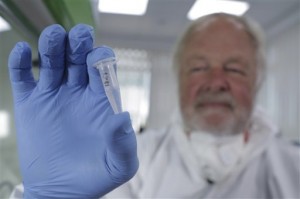 The article (which requires a free registration to read it) also quotes Brian Regal, a science historian at Kean University in New Jersey; Robert Rockwell, a biologist who has studied polar bears; and Charlotte Lindqvist, a molecular biologist at State University of New York’s University at Buffalo who was involved with testing the ancient polar bear DNA.

Some skeptics have recorded upset remarks because they only found mentions of the televised documentaries and Sykes’ forthcoming book. But as this article and others have noted, Sykes, a well-known, credible geneticist, says he intends to publish his findings.

“The project is still going on,” he told NBC News, “and the idea is to publish these results in a scientific journal to bring it back into the realm of science.”

Reactions to the televised Channel 4 program vary from straightforward recountings, to some people who haven’t watched it making uninformed statements about its content.

If you saw it, what did you think?

The initial details on Dr. Bryan Sykes’ DNA findings of “ancient polar bear” affinities to two so-called “Yeti hair samples” have been previously shared in “Yeti Studies To Be Shaken By Sykes Finding.” A followup is to be found in “Yetis, Polar Bears, Snowmen, Snow Bears, Dzu-Tehs, and Jumping To Abominable Conclusions.”