You are here: Home / Museum Gets Boing Boinged

David Pescovitz at Boing Boing has published an extensive interview about the new International Cryptozoology Museum.

He opens with this:

For half a century, my friend Loren Coleman has been obsessed with unusual animals, many of which may not exist at all. Loren is a cryptozoologist. He studies hidden and unknown animals, and the mythology, urban legends, folklore, and culture surrounding them. Sure, Bigfoot, Yeti, and Nessie are the big names, but there are countless others — the Jersey Devil, the Thunderbird, the Mothman, to name just a few. Loren has written more than a dozen books on the subject and posts daily at the Cryptomundo blog, all from a firmly Fortean perspective. Does he actually “believe” in Sasquatch or sea monsters? No, because belief, he has said, “belongs in the providence of religion.” He just tries to keep an open mind in order to accept or deny evidence based on examination and investigation.

Over the years, Loren has amassed an astounding collection of cryptozoology curiosities, artifacts, and oddities, from toys, beer cans, and t-shirts emblazoned with one cryptid or another to scientific specimens, plaster casts, and movie props. His collection, called the International Cryptozoology Museum, has been housed in part of his Portland, Maine home and viewable only by appointment only. (Two years ago, he gave BBtv a tour.) But all the while, Loren has dreamt of opening up his wunderkammer to the public. Last month, he finally made that happen. The International Cryptozoology Museum opened in a permanent space in downtown Portland, Maine, sharing space with a fantastically-fringe bookstore Green Hand Books. It has regular hours and admission is just $5. Loren answered my questions in between giving the steady stream of visitors personal tours of the collection.

The full interview is here. 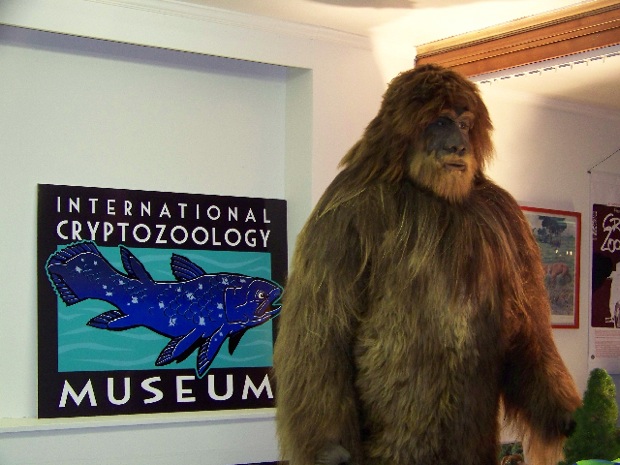 Your contributions continue to be important. Thank you for giving a donation during one of your end-of-the-year gift-giving moments.