Finding Bigfoot continues to get lots of media attention. In my continued look at Michigan, here’s more.

It is rather obvious that younger people are learning way too much about Sasquatch studies from Finding Bigfoot these days.

I guess my goal is for folks to get some good information in the midst of the publicity. For example, I was approached by Huffington Post, with this lead-off question, “Has the change in the climate shifted Bigfoot sightings from the Pacific Northwest to all these new sightings in Michigan, where there is more water?”

What? What did I just hear? Was the interviewer serious? 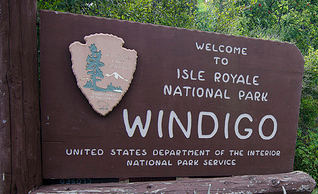 OMG, I said to myself. I have to pull this interchange back to the facts, not flash. There were more questions from the point-of-view that Finding Bigfoot was investigating evidence of Michigan being a new location for Bigfoot sightings. The lore of Bigfoot in Michigan goes back a long way, to Windigo traditions, of course, I slowly started explaining.

I decided to respond calmly within a foundation of reality; here are the few quotes that Huffington Post used:

“Michigan has been a hotspot for sightings since the 1960s, especially areas like Sister Lake and Monroe, where there were reports of very aggressive creatures and people being attacked,” said Loren Coleman of the International Cryptozoological Museum in Portland, Maine.

“It’s in the boreal forest, the heavily tree-covered area that goes from the Pacific Northwest across the U.S.-Canada border to Maine, but it has more sightings than other places because there are more people,” he said. “You need people to see Bigfoot and Michigan has a higher population than, say, the Dakotas.”

Reporters David Sands and David Moye wrote this new article about the Animal Planet series in Huffington Post, which you can read, in full, here.