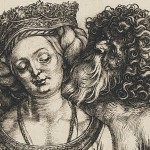 Yes, I get mail, all the time. Some of it is extremely intriguing. Looked what turned up in my email inbox yesterday.

Did a hairy hominid roam the woods north of Bangor, Maine, killing lumbermen? Certainly a record of something bizarre was recorded in 1895. Have you any confirming new items of these incidents in your local news archives? Articles like these were picked up by papers coast to coast.

A TERROR IN THE WOODS
Great Consternation Caused by the Deeds of a Wild Man.
Unlucky Lumbermen Slain and Their Bodies Mangled in a Shocking Manner.
San Francisco, California
The Call
November 27, 1895, page 1.

A TERROR IN THE WOODS.
Great Consternation Caused by the Deeds of a Wild Man.
Unlucky Lumbermen Slain and Their Bodies Mangled in a Shocking Manner.

BANGOR, ME., Nov. 26. — A lumberman who returned to-day from the forest in the north of the State brings the most harrowing intelligence of the doings of a wild man in the lumber region of the west branch. He states that great consternation has been caused and a large number of lumbermen have left the camps and returned to their cities rather than face the monster.

For over two months quite a number of men have disappeared from the camps and when found bore the semblance of having had an encounter with some wild animal, their bodies in every instance having been terribly mangled and torn. A lumberman who returned to a camp a little north of this city a week ago startled all by stating that while at work he had been attacked by this wild man, and it was only by the help of his ax that he had been able to defend himself from the murderous attacks. Since that time he has been seen by the crews several times, but on their approach he fled into the deep woods with the speed of a deer.

He is described as being so nearly like an animal that it is almost impossible to detect him from one. He has a long, shaggy beard, and is covered with a huge, skin coat. The general belief is that he is a sportsman who has become lost in the deep forests, and after wandering around for weeks has gone hopelessly crazy, and already there have been over half a dozen instances of a similar character in the State.

The crews of the lumbering camps are out hunting for the man and hope by shooting him in the leg to effect his capture.

Please note the specific description of the “Wild Man” is of a “being so nearly like an animal that it is almost impossible to detect him from one. He has a long, shaggy beard, and is cover with a huge, skin coat.”

This old apparent case of a Windigo/Eastern Bigfoot or Marked Hominid might be explainable as a feral human*. But the use of the word “hair coat” in 19th century journalism can mean an actual coating of hair, the cylindrical, keratinized filaments characteristically growing from the epidermis of a mammal, in this cast a human, or it can refer to a coat made from the hair of another mammal being worn by a human.

The reference theory, that this was a lost hunter, is no more useful in defining what this “wild man” was than the explanations of circus train wrecks used to explain “black panther” encounters.

Wild men were frequent subjects of art, and the overlap between feral humans and cryptid hominids is well-established.

The famed painter Albrecht Dürer completed two significant pieces on wild men. One is a portrait of Oswolt Krel flanked by two panels, and the other is an engraving, Coat-of-Arms with a Skull.

Of course, Dürer was known for creating a stylistic version of what he was seeing. The objects he painted were generally considered to have been real. Prime examples are of the nobles he captured on canvas and the animals he depicted.

The above article was sent to me by Chuck Flood, Fortean archivist.
________
* In The Field Guide to Bigfoot and Other Mystery Primates by Loren Coleman and Patrick Huyghe (NY: Anomalist Books, 2006), we examine the oft-used “feral human” angle to explain “hairy hominid” reports.