A Maine Bigfoot hunting group, lead by Mike Merchant, recovered the following 14″ long footcast made by what Merchant feels might have been a Bigfoot. It was cast in a rough, rural area near Burbank, north of Moosehead, Maine, two weeks ago, early in July 2012.  Only one print was found due to the terrain not being conductive to other prints. No others were seen; if they would have seen others, tracking would have occurred.  The cast broke because Merchant was low on casting materials.

Thanks to Bill Brock, also of the team, for sharing it with the International Cryptozoology Museum on July 21, 2012. Photos by Loren Coleman. 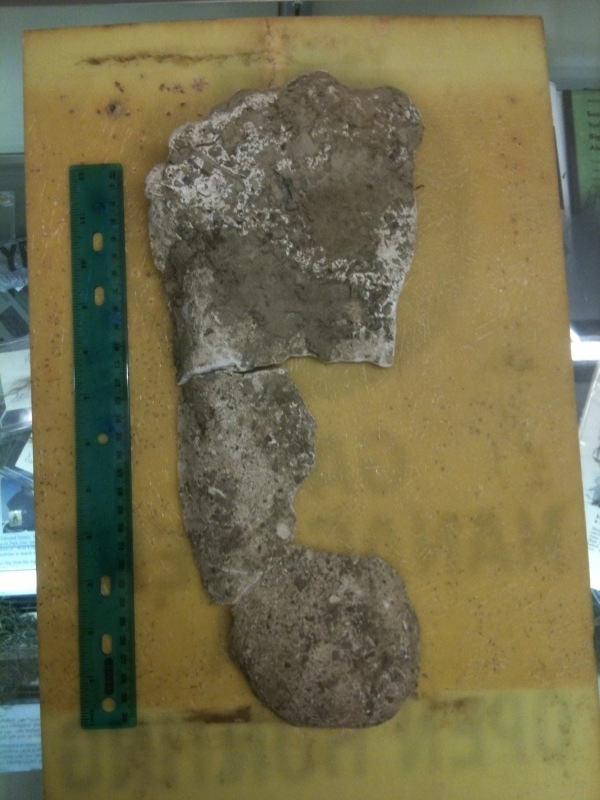 Photos of the cast, with a closeup of the heel. 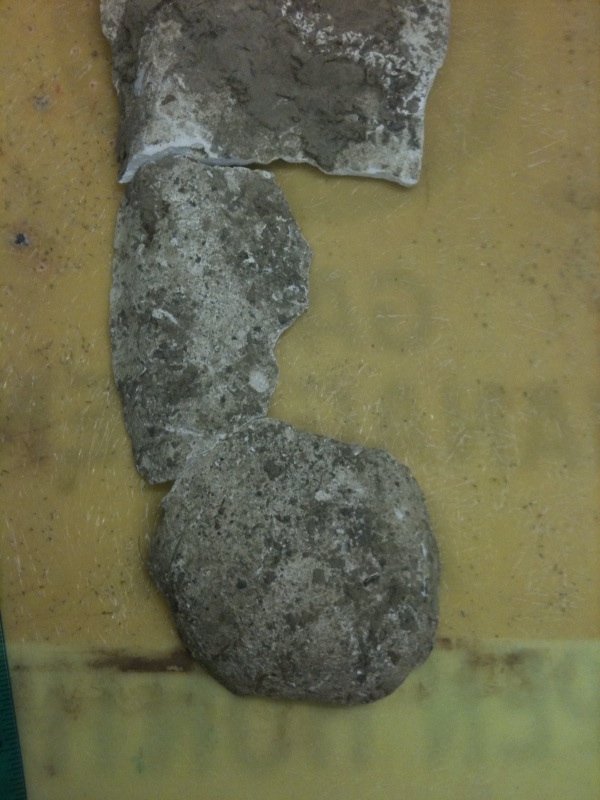