Today, 35 years ago, on July 5, 1977, Sandra Mansi snapped a photograph of what might be the Lake Champlain Monster (“Champ”). 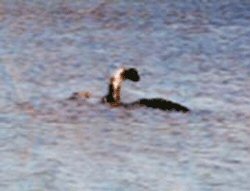 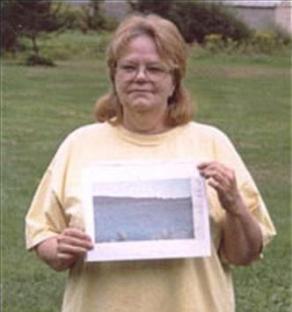 Sandra Mansi’s encounter with this unknown object in the water took place on Tuesday, July 5, 1977. She and her fiancé Anthony Mansi, along with her two kids from a previous marriage, were taking a break during a drive around the lake. Mansi saw what she thought was a school of fish, then possibly a scuba diver. She took a photo, and keep it in a drawer for 3 years. Her family joked about it by calling it a “300 pound duck,” she told me. Finally, when asked about it, through a series of casual remarks to friends, it was Lake Champlain investigator Joseph Zarzynski, who would bring the image to light.

The Mansi photo has been called, by National Geographic, by experts, by cryptozoologists, the best photograph of a Lake Monster ever taken.

In my 1978 book with Jerome Clark, Creatures from the Outer Edge, I personally penned the add-on appendix, “Epilogue: 1977 – A Year Filled With Monsters.” In that ending chapter, I looked at the remarkably great number and maximum diversity in the reports of “high strangeness” of cryptids in that year. Now, 35 years later, we are experiencing one anniversary after the other, of the Dover Demon, of the Lafayette, Ohio black panther series, of the Little Eagle, South Dakota Bigfoot accounts, of the Lawndale, Illinois Thunderbird snatch, of several other incidents mentioned in my and Jerry Clark’s book, and, of course, the Mansi Champ photo. That year, 1977, was quite a twelve months.