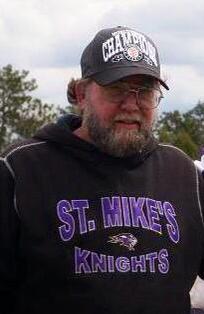 Scott Maily, a well-respected baseball coach in Connecticut and New England Bigfooter, died in a car wreck on July 30, 2015. He lived in Moosup, Connecticut. He was a member of the Class of 1979, Plainfield High School, Plainfield, Connecticut, and his birthday was December 12th. He, thus, was probably 53.

He was a material handler at Loos & Co., Inc. He wanted to play baseball at Northeastern University (graduate in 1983), but due to an elbow injury, he was unable to.

Squatchachusetts member Dax Rushlow  told me he talked with Maily several times and went researching with him once. Maily was one of the leaders of the Bigfoot research group NESRA.

The following has been published:

Scott A. Maily Dec. 12, 1960 – Jul. 29, 2015 Plainfield – Scott A. Maily, 54, of Moosup, beloved husband of Robin (Marandola) Maily passed away July 29, 2015 as the result of an automobile accident. He was born December 12, 1960 in Putnam a son of the late George J. and Martha M. (Kolek) Maily and was a lifelong Moosup resident. Scott had been employed by Loos & Co. for the past 12 years. He had coached basketball, baseball and enjoyed playing golf. Besides his wife he leaves 2 sons Barry Maily and Ryan Maily both of Moosup. A sister Janice Pratt of Sterling. Also numerous nieces and nephews. A Mass of Christian Burial will be celebrated on Tuesday (8-4-15) at 10:00AM in All Hallows Church, Moosup. Burial in All Hallows Cemetery. Visiting hours are Monday 4-7PM at Dougherty Bros. Funeral Home 595 Norwich Rd. Plainfield.

With all due respect and condolences.