You are here: Home / The Gnome in the Genome? Understanding Ketchum.

The Gnome in the Genome? Understanding Ketchum.

Feeling in the dark? Probably not, with meteors lighting the daylight skies, now and then. But how about that Bigfoot paper? 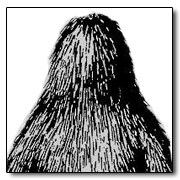 Ah the weekend is here. So, let’s spend a moment to reflect on what has happened in the wake of Dr. Melba Ketchum’s release of her DNA thoughts on February 13, 2013.

First off, it did not become a widely distributed mass media story. That’s probably great, since the ridicule possible from this not really being a scientific paper is potentially enormous. Considering the platform of the publication was one that Dr. Ketchum (and her associates) had purchased, one has to ask, is it no more than a vanity publication?

Although Huffington Post carried a story on the Bigfoot news, most mainstream outlets appear to have decided to stay away from the Ketchum Facebook and new website postings. Also, it got to be confusing with the press releases that were posted, deleted, edited, and reposted.

Additionally, there was no interest after the fiasco of wall-to-wall coverage by CNN trying to melodramatically make the Carnival cruise ship toilet problems into major news, and that most journalists were discussing the Valentine’s Day murder melodrama and outer space happenings (meteor explosions and an asteroid flyby) last week. Others paid more attention to speculation about the next Pope than the next press release from Dr. Ketchum.

Yes, science writers had their hands full, but with Meteor Friday, not Bigfoot Wednesday.

What was in the paper, anyway? Highly technical material that even the geneticists don’t agree on what it means, and conclusions registered without a fully revealed methodological accounting.

Are Dr. Ketchum’s analyses linked to any firm foundation explanations? It is time to understand Ketchum, not just criticize the methods in which her message is being transmitted. What are the reasons for some of her conclusions? How is it tied to her hard data? Let’s start there.

For example, there’s the minor matter of her dates for the mating event between Sasquatch and a female human. Why did Ketchum’s paper theorize that a human relative arose approximately 13,000 years ago? I found that an intriguing event horizon for her to refer to, since 13,000 years B.P. seemed extremely familiar, being straight from the discovery news of Homo floresiensis. Was there the hint of a hobbit put in the timeline to make this paper more credible? To place an allusion within the text to the gnome in the genome? (Remember, the early writings of J. R. R. Tolkien made use of the word “gnome,” before he revised it to “hobbit.”)

Or maybe she knows about the theory that a giant asteroid hit Earth 13,000 years ago. Or does this have something to do with Clovis points being dated to approximately 13,000 years, too. Where did she come up with that specific “approximate date”? Is it in her data? If so, how about linking her theories to the results of her forensic analysis? 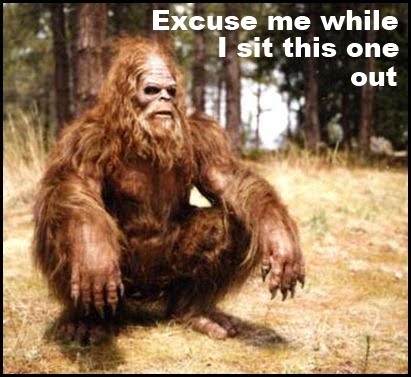 Considering what we have seen from this paper, I see no reason to move from my position, which I call the “No data, no discovery,” stance, in honor of John Hawks’ comment on the matter late in 2012.

Look, I hope she has the goods. I want to line up and be one of the first to shake her hand, but I need some help to understand what she is saying is linked to what she found.

If you want to read some opinions on the so-called “Bigfoot DNA paper,” I recommend the following for general pro and con views.

Robert Lindsay’s “A copy of Dr. Melba Ketchum’s paper has been obtained!”

My first posting on the published paper can be found here.