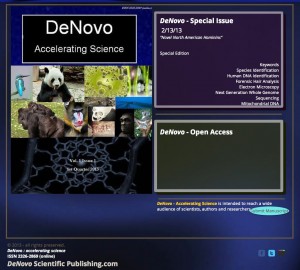 The paper has been published.

Breaking update: The paper has been published. But there are some major problems that are being revealed with the publication in which this paper is appearing. Number one that the “journal” (or website) is new, apparently purchased as a way to get the paper published. The domain date is February 4, 2013. Not enough time for any credible peer-reviewing under the editorship of a new journal. Is this vanity publishing? Is this scientific suicide?

Sharon Hill goes into some detailed critiques on her blog. 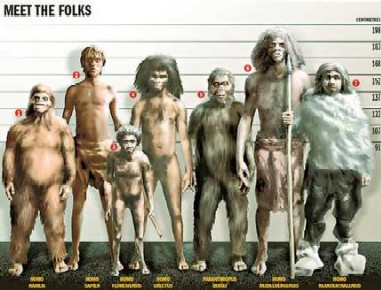 Is it time to be actually carried away?

I have always agreed with John Hawks’ memorable quote about last fall’s premature media storm that “Bigfoot has been discovered.”

When anthropologist John Hawks famously said, “No data, no discovery,” he reflected the caution that many of us practice. Now, upon us, may be the actual data to study.

Dr. Melba Ketchum, in anticipation of the release of her new paper on what she has discovered about the DNA found in so-called Bigfoot hair, said on Facebook on Darwin’s birthday, “Buckle up!”

Her paper, shared in the writing with the following coauthors, is reportedly going to be published in the DeNovo Journal of Advanced Multidisciplinary Exploration in Zoology.

The complete name of the paper, allegedly, is “Novel North American Hominins, Next Generation Sequencing of Three Whole Genomes and Associated Studies.”

How and what did the Ketchum group end up studying?

The paper reveals part of the answer: “Next-generation whole genome sequencing with the HiSeq 2000 platform by Illumina was performed at the University of Texas, Southwestern on one tissue sample, a saliva sample and one blood sample to produce 3 whole genomes.”

In the paper, Ketchum relates that after “extensive forensic controls to prevent contanimation, mtDNA testing of the Sasquatch samples yielded fully modern human profiles.” But the other results showed unique findings. The paper states the group’s finding that “the Sasquatch nuDNA results were a mosaic of novel primate and human sequence.”

Ketchum is further quoted as stating, “While the three Sasquatch nuclear genomes aligned well with one another and showed significant homology to human chromosome 11 which is highly conserved in primates, the Sasquatch genomes were novel and fell well outside of known ancient hominin as well as ape sequences. Because some of the mtDNA haplogroups found in our Sasquatch samples originated as late as 13,000 years ago, we are hypothesizing that the Sasquatch are human hybrids, the result of males of an unknown hominin species crossing with female Homo sapiens.”

BTW, the use of the threshold parameter of “13,000 years” is the horizon date also mentioned for Homo floresiensis, as noted by Science and other journals that discussed the groundbreaking new species discovery in 2003. Is this a coincidence?

I look forward to reading the entire paper.

Update: DeNovo Journal appears to be a new journal. This paper is in Vol. No. 1. It seems to be live now.

Now the questions will begin. Who funded and started this new journal?

(Our thanks to Dr. Matthew A Johnson of “Team Squatchin USA” for initially pointing to this news, via his sharing of the following.) 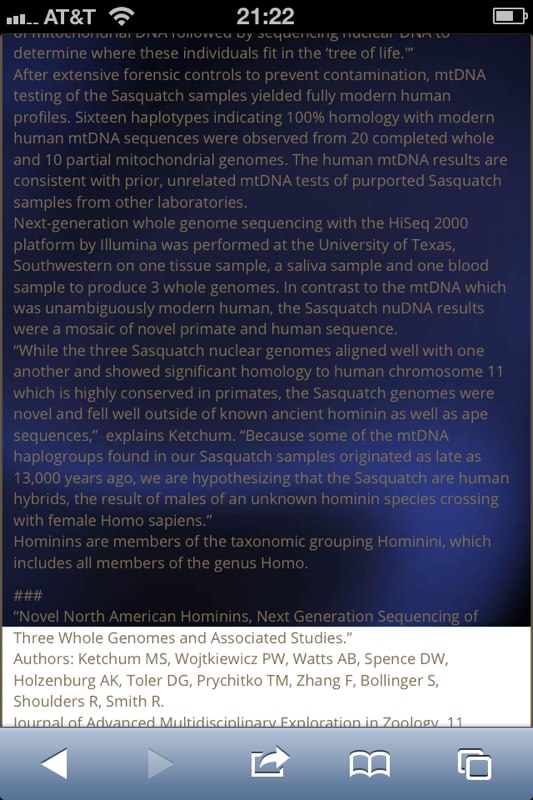