The Joplin (Missouri) Globe of April 28, 2012, carried a long article entitled, “Bigfoot sightings common in Four-State Area” by Josh Letner. He created the article, in large part, after doing an in-depth interview with me. Below is part of the news item with my quotes and the historical material I shared with him. 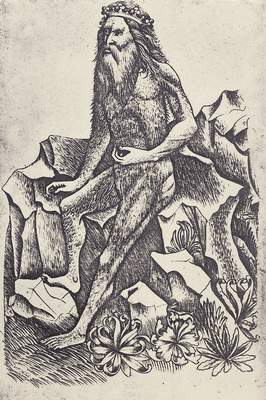 +++++
Woolly corners of Kansas, Missouri, Arkansas and Oklahoma may support more than just black bears, mountain lions and wild hogs, according to one group of researchers. They believe the region also could hide a population of the legendary sasquatch.

They cite dozens of unexplained encounters in the Four States going back 150 years. But their search for a 7-foot tall beast has run up against more obstacles than bigfoot’s shy nature.

Loren Coleman, founder of the International Museum of Cryptozoology in Portland, Maine, says some of the earliest reports of sasquatch sightings in the country came from Missouri and Arkansas.

Coleman says there are reports of a “monstrous wild man” in the swamps of the Missouri Bootheel dating to the 1840s. A decade later, hunters in Arkansas reported seeing a creature that was “gigantic in stature, hairy, and having footprints that measured at least 14 inches long.”

“What we have to look for in terms of old reports are people talking about hairy wild men and there are many, many of those coming out of the Ozarks. It was a real hotbed for reports of these creatures in the 1850s,” he said.

A similar report emerged out of Crawford County, Kan., just after the Civil War.

“We of the Arcadia Valley, in the southern part of Crawford County, are having a new sensation, which may lead to some new disclosures in nature history, if investigated as it should be. It is nothing less than the discovery of a wild man or a gorilla, or ‘what is it,’” stated a report that first appeared in the Journal Free Press of Osage City, Kan., in 1869, and was soon reprinted in the St. Louis Democrat. “It has so near a resemblance to the human form that the men are unwilling to shoot it. It is difficult to give a description of this wild man or animal. It has a stooping gait, very long arms with immense hands or claw; generally walks on its hind legs but sometimes on all fours.

“The settlers, not knowing what to call it, have christened it ‘Old Sheff.’

“It cannot be caught and nobody is willing to shoot it.”

The letter was signed by M.S. Trimble.

Since then, there have been more than 200 reports of Bigfoot encounters out of Kansas, Oklahoma, Missouri and Arkansas, according to the Bigfoot Field Research Organization.

Ron Boles, who lives in Springfield and is senior regional investigator for BFRO, said they are a volunteer group that catalogues, investigates, and rates Bigfoot encounters across the nation. A Class C encounter, for example, is non-visual evidence, such as a track; a Class B encounter may involve a vague or blurry sighting; the rarer Class A sighting, said Boles, involves a sober-as-Sunday-morning contact.

One such encounter occurred in Southwest City the morning of Sept. 6, 2010, according to Boles and BFRO.

It was Labor Day, and three fishermen were driving home at about 12:50 a.m. when they allegedly spotted a large creature hiding behind a trash can on the north end of Main Street. When they approached in their vehicle, the creature stood on its hind legs and fled. The fishermen pursued briefly before it escaped into the night.

The incident was reported by the driver to the BFRO and Boles says he investigated it, along with Larry Newman, a current candidate for sheriff in Jasper County.

“I was never more convinced of a Class A sighting than that one,” Boles said.

“Never in my life was I prepared for what I saw,” the witness told investigators. “It had long hair about 5 or 6 inches long and turned and looked at us twice to see if we were on his tail, I guess. This was a face-to-face encounter with this thing. He had his head in a trash can eating something. That’s how we got so close, he didn’t see us coming. He left a footprint behind and the police took a picture of it.”

Boles says the driver willingly gave his account but the others were reluctant to talk.

“I trust apprehensive witnesses a lot more than I do willing ones,” Boles said. “In some rural areas, people would rather go to their graves than lose face.”

Newman and Boles, who conducted their investigation six days later, described the witness as “genuinely frightened” by the experience.

“The footprint was 16 inches long and 8 inches wide,” Newman’s investigative report states. “They described a creature about 6 1/2 to 7 feet tall with a shoulder width of about 3 feet. Very heavy muscular legs, arms and body. The face had a wide flat nose, black around the eye area and small ears. The hair (not fur) was a reddish-brown color and not messy and matted as often described. The face was black.

“After this lengthy and detailed interview we believe this to be a close contact Class A sighting,” Newman wrote.

Boles and Newman said they did not want to release the name of the witness, citing the stigma surrounding those who claim to have sighted Bigfoot.

Newman has conducted other investigations for BFRO, and says he was contacted by the group because of his experience in law enforcement. He says he has investigated several reported sightings in the region. He says some seem legitimate while others are clearly false.

Newman says he has never seen a sasquatch himself, so he remains unconvinced of their existence. Boles says it is good for investigators to have a healthy dose of skepticism..

“We have been taught to be more skeptical of these reports than anybody,” he said. “If we’re not the most skeptical people out there, then that takes away the integrity of our research.”

…Coleman says there is still much in the world that remains undiscovered. The growing field of cryptozoology, derived from the Greek word “krypto” meaning hidden, is the study of creatures that are not known to science, but are hypothesized to exist.

While some people might scoff at the notion of cryptozoology, new species are still being discovered. He points to a new species of monkey discovered in Burma, giant lizards in the Philippines, and giant squid in the Pacific Ocean, which were first photographed only a few years ago.

“In our society today everything is instant, but people forget that it took 67 years to find the giant panda in the 1930s. It took over 50 years to find the mountain gorilla in Africa in a concentrated search area,” he said.

Coleman says he believes it is possible that a sasquatch could survive in the Ozarks. He says, although the area’s population has grown, it has become more concentrated in towns and cities.

“We go from one place to another on these strips of asphalt and we are increasingly ignoring the places that are green,” he said. “There are a lot of animals out there that people are absolutely ignoring.”

Boles says there is currently more forested land in the United States than at any point in the last century. He also points to skyrocketing populations of deer, turkey and feral hogs as a potential food source for sasquatch.

But Coleman says he is concerned that a recent activity — charging to search for sasquatch —  could undermine the scientific integrity of the quest to document cryptids.

A WALK IN THE WOODS

In late February, the BFRO ran afoul of the National Park Service after an expedition of more than 30 Bigfoot enthusiasts — who had each paid $300 to attend — was stopped by park rangers in the Buffalo National River south of Harrison, Ark. The group was fined for leading an expedition without receiving a vendor’s permit.

Chief Ranger Karen Bradford said the group was acting as a concessionaire without the proper permits. She said that even if the group had applied for a permit, it is unlikely that the Park Service would have approved of a Bigfoot expedition because there was “no evidence of any Bigfoot, sasquatch, or yeti living in the Buffalo National River.”

Boles said the issue the Park Service was “an oversight, nothing more, nothing less.”

He says he is alarmed to hear that the BFRO would not be granted a permit in the future. He says the Park Service allows guided ghost tours at its Civil War battlefields, so why not Bigfoot expeditions in the wilderness?

“The Park Service is willing to acknowledge the possible existence of Civil War ghosts, but not an undiscovered primate?” argued Boles.

“We offer an opportunity for people to come together to learn the signs that we look for and the things we do to draw them in,” he said. “You can’t go looking for them and hope to find one; you have to draw them in. You have to become the bait. You’ve to peak their curiosity and have them come to you.”

Coleman says BFRO guides have encouraged expedition participants to beat on trees and set off fireworks in an attempt to attract the reclusive creatures.

“The most wrong-headed ideas are coming out of the BFRO,” he said. “You’re just not going to find animals like this primate if you go into an area with 30 to 50 people looking for it. The noise and the camping activities will scare these creatures to the next valley.”

Coleman says the expeditions are “commercial adventures” that do not follow scientific method.

While Coleman is critical of the weekend expeditions, he has praise for the field investigations conducted by the BFRO of reported sightings.

“If you’re talking about the group and the weekend events, that’s much different than their individual investigators who also have a credible background in law enforcement. Those people are doing good research and good science.”

Boles says he is confident that there are many unknowns in this world that are yet to be discovered.

“I think there are a lot more mysteries left on this Earth than modern science will ever admit to,” he said. “Just because they don’t recognize it doesn’t mean it isn’t there. Scientists haven’t been able to prove the spooklight in Joplin, but are you going to tell me that it isn’t there?”

For details on the four-state area’s sightings and more, see here.