The two most well-known Western researchers to have attempted to document Orang Pendek is a British journalist-turned-conservationist Debbie Martyr and a British photographer Jeremy Holden. Debbie and Jeremy have engaged in a nearly 20-year project beginning in the late 1980s and funded since the 1990s by Fauna and Flora International. The scope of the project was to systematically document eyewitness accounts of the animal and to obtain photographic proof of its existence via camera-trapping methods. Debbie and Jeremy did not succeed in scientifically confirming its existence yet (Martyr has since moved on to head TNKS’s Tiger Protection and Conservation Unit), but they collected several footprint casts that appear to be from Orang Pendek and claim to have personally seen the animal on several occasions while working in the forest.

One of the side benefits of looking for the Orang Pendek has been the discovery of other new species.

Holden, who was responsible for supporting and installing several of the teams in that region trying to verify new species, including the new Myanmar snub-nosed monkey, writes me: “We are in the process of describing a new snake and a strange chubby skink, and have other stuff waiting description.”

Has he heard anything about the possible new new northern primate noted by Lee Speigel in yesterday’s Huffington Post? 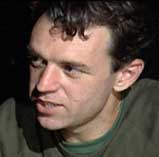 “Interestingly, the Burmese locals talk about a very similar thing in the far north. I remember hearing stories from Assam, too, many years ago – both of which sound more like OP [Orang Pendek] than other larger homonoids described from the mainland and Himalayas. No evidence to go on except stories, though.”