You are here: Home / Leprechauns, Hobbits and Other Little People In Maine

Leprechauns, Hobbits and Other Little People In Maine

For those interested and visiting Maine in the next few months, I recommend the small but significant Homo floresiensis display at that the International Cryptozoology Museum (11 Avon St., Portland, Maine 04101).

The exhibit contains replicas of the cultural artifacts linked in remembrance of the sightings of little people in several lands. These range from standardized leprechauns to regular garden gnomes, from extreme miniature LOTR hobbits to tourist trade Hawaiian menehunes. (Your donations of sizable replicas of various cultures’ little people would assist with our expanding this visual part of the display.) 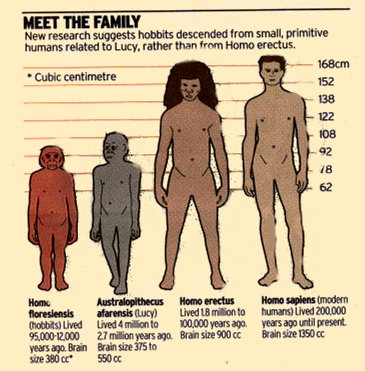 Importantly…
The museum has on display the first Bone Clones Homo floresiensis skull created to appear on television. This replica was overnighted for my second ”live” appearance on G4TV’s news/talk program, Attack of the Show on Tuesday, March 7, 2005, in Hollywood, California. It was the first broadcast appearance of Bone Clones’ Homo floresiensis skull replica. My time on the program focused on how the remarkable 2003 discovery of the full-grown 3-4 ft tall people finally proved cryptozoology’s prediction that concurrent “little people” did exist in our past, and have survived in folklore. I also discussed how some contemporary accounts may relate to actual Homo floresiensis survival.
Here is the information listed with this skull model from Bone Clones:

18,000 YA. The Homo floresiensis Skull (Flores Skull LB1) was discovered by P. Brown and his team on the island of Flores, Indonesia, in 2003 and reported in Nature in 2004. A skeleton of this species, which has been designated as female because of characteristics of the pelvis, shows that in maturity she was only about 3.3 feet tall. That such a specimen (which had an unusually small brain capacity — 380 cc — for its body size) was in existence only 18,000 YA could be one of the most important discoveries in decades. Stone tools were also found at this site. H. floresiensis is the subject of much debate centering around whether it is a new human species or a microcephalic human. P. Brown et al. originally proposed that the Flores hominid was the result of a long term process of isolation on an island known as “insular dwarfism.” - Bone Clones 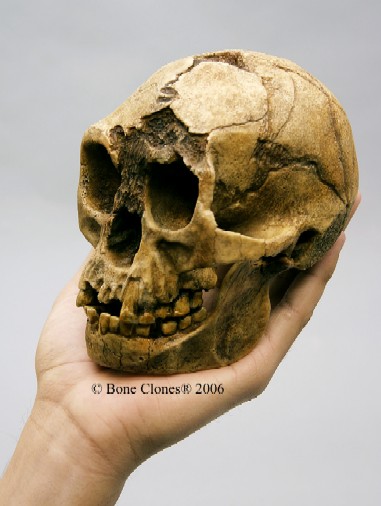 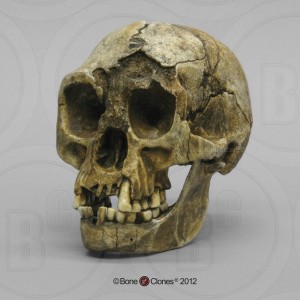