You are here: Home / Family Announces Ray Harryhausen Has Died

Ray Harryhausen is gone. Some of the most creative monsters of cinema were brought to life by this genius. The Harryhausen Foundation is sharing the following with the world: 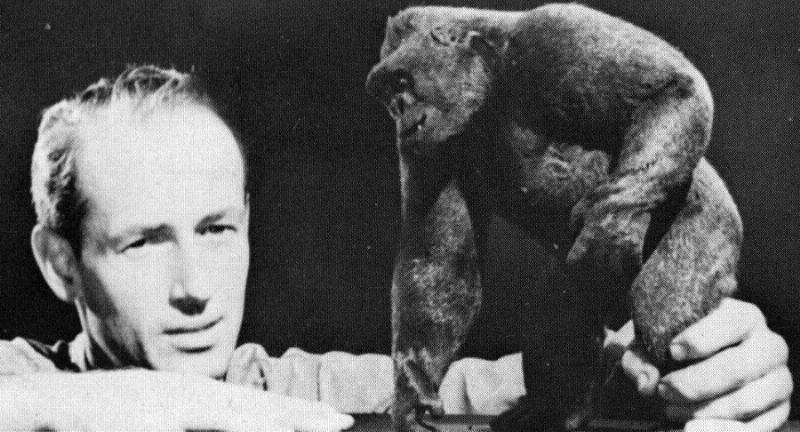 The Harryhausen family regret to announce the death of Ray Harryhausen, Visual Effects pioneer and stop-motion model animator. He was a multi-award winner which includes a special Oscar and BAFTA. Ray’s influence on today’s film makers was enormous, with luminaries; Steven Spielberg, James Cameron, Peter Jackson, George Lucas, John Landis and the UK’s own Nick Park have cited Harryhausen as being the man whose work inspired their own creations.

Harryhausen’s fascination with animated models began when he first saw Willis O’Brien’s creations in KING KONG with his boyhood friend, the author Ray Bradbury in 1933, and he made his first foray into filmmaking in 1935 with home-movies that featured his youthful attempts at model animation. Over the period of the next 46 years, he made some of the genres best known movies – MIGHTY JOE YOUNG (1949), IT CAME FROM BENEATH THE SEA (1955), 20 MILLION MILES TO EARTH (1957), MYSTERIOUS ISLAND (1961), ONE MILLION YEARS B.C. (1966), THE VALLEY OF GWANGI (1969), three films based on the adventures of SINBAD and CLASH OF THE TITANS (1981). He is perhaps best remembered for his extraordinary animation of seven skeletons in JASON AND THE ARGONAUTS (1963) which took him three months to film.

Harryhausen’s genius was in being able to bring his models alive. Whether they were prehistoric dinosaurs or mythological creatures, in Ray’s hands they were no longer puppets but became instead characters in their own right, just as important as the actors they played against and in most cases even more so.

Today The Ray & Diana Harryhausen Foundation, a charitable Trust set up by Ray on the 10th April 1986, is devoted to the protection of Ray’s name and body of work as well as archiving, preserving and restoring Ray’s extensive Collection.

Tributes have been heaped upon Harryhausen for his work by his peers in recent years.

“Ray has been a great inspiration to us all in special visual industry. The art of his earlier films, which most of us grew up on, inspired us so much.” “Without Ray Harryhausen, there would likely have been no STAR WARS”
George Lucas.

“THE LORD OF THE RINGS is my ‘Ray Harryhausen movie’. Without his life-long love of his wondrous images and storytelling it would never have been made – not by me at least”
Peter Jackson

“His legacy of course is in good hands
Because it’s carried in the DNA of so many film fans.”
Randy Cook

“What we do now digitally with computers, Ray did digitally long before but without computers. Only with his digits.”
Terry Gilliam.

“His patience, his endurance have inspired so many of us.”
Peter Jackson

“Ray, your inspiration goes with us forever.”
Steven Spielberg

“I think all of us who are practioners in the arts of science fiction and fantasy movies now all feel that we’re standing on the shoulders of a giant.
If not for Ray’s contribution to the collective dreamscape, we wouldn’t be who we are.”
James Cameron