Some positive outcomes of the “Finding Bigfoot” clarifications are the solid historical research and timelines that will issue from the tracking of when specific search techniques were developed and used by fieldworkers. Too often in cryptozoological examinations, records and remembrances have vanished, principals have died, and a history is completely lost.

With regard to detailing a clear understanding of the histories of call blasting and wood knocking, a truer history is being developed. I think this should be extended to the history of the first casts, the first hair sampling, and the first notice of dermal ridges. Of course, many of us think we know who did what first and when it was done, but as has been revealed this week, we all have different pieces of the puzzle that need to be shared so currently still-writing historians like myself, Dmitri Bayanov, Michel Raynal, Jean-Jacques Barloy, Jeff Meldrum and others can chronicle the reality behind the assumptions.

It will be recalled that “Finding Bigfoot” host Matt Moneymaker claimed on his Animal Planet biography that he was the “first” to use “call blasting.” Various people have challenged this as being historically incorrect. One person was Virginia investigator William Dranginis who noted that call blasting (earlier termed “call broadcasting”) was used before Moneymaker’s claim. In reply, Matt Moneymaker wrote this here:

Bill Dranginis is notorious for not telling the truth, and he was kicked out of the BFRO almost 15 years ago for exactly that reason. If he says he recalls an article describing someone else doing call-blasting before I did it … then he needs to produce that article. I kinda doubt it exists. Dranginis would not hesitate to make up something like that. Also, there were no recordings of sasquatches available in the 1980’s that could be used for that purpose. I got the first fairly clean recording that could that be used for sound blasting, and I got it in 1993. 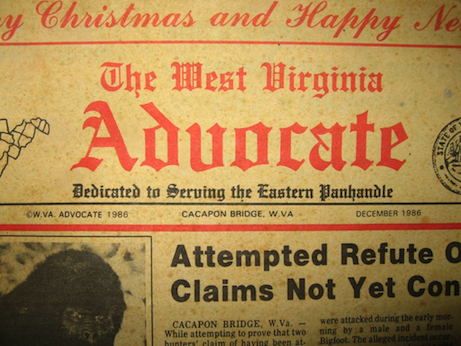 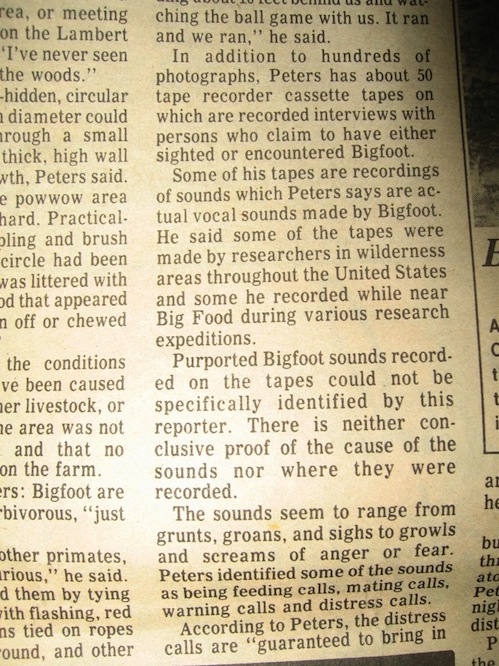 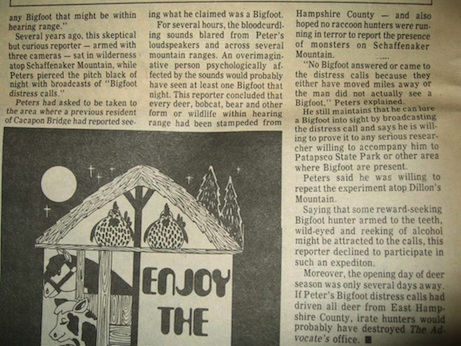 Ron Schaffner has noted that his associates in Ohio, Larry Peters and Willard McIntyre employed call blasting in 1982 in that state.