You are here: Home / Dragons Descend on Alberta 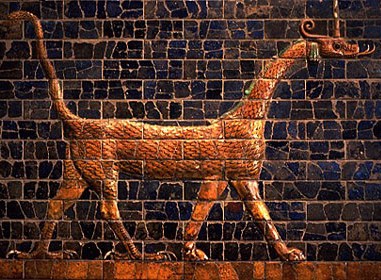 Reports of dragon sightings in Canada are to be taken seriously. A traveling exhibition from two primarily French locations will soon be visiting the Royal Alberta Museum. Due to the fact this will be its first installation in an English-speaking site, there may be more attention to it throughout North America rather immediately.

As part of the program, although not mentioned in a detailed fashion in the article below, a series of lectures will be given in conjunction with the exhibition. I will not discuss all the speakers I have heard who might be appearing, but I can confirm I shall be there in August. Others who may be lecturing include folks like Jeff Meldrum and Bill Gibbons. 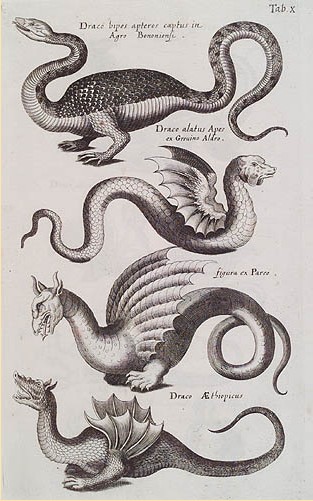 I don’t wish to alarm you. But dragons are coming.

Hundreds of scaly, ferocious fire-breathing monsters are winging their way here from as far as China and Korea and France and Mexico.

The invasion is imminent. They land June 14, with plans to take over our city from their command post on the bank of the North Saskatchewan, in the heart of elegant Old Glenora.

But even though the dragons have ruthless ambitions to dominate Edmonton this summer, even though they intend to scoop up as much of your money as they can, don’t be too nervous.

These are cultured, museum-quality dragons. And with luck, they’ll educate us all, not just in the ancient lore of dragonology, but in the capacity of great museums to bring together art, mythology, science, popular culture, and computer technology to make true magic.

The Royal Alberta Museum has just lassoed itself what you might call the mother of all monster shows.

Dragons: Between Science and Fiction, first premiered in Paris in April 2006 at the Natural History Museum of France, before travelling to the Museum of Civilization in Quebec City.

The show celebrates the global myth of the dragon, with a remarkable collection of art and artifacts from Europe, Asia, the Middle East, India, and North and South America. There will be dragon vases and teapots, candelabras and thrones, paintings and carvings, manuscripts, swords, and royal robes.

Over the centuries, artists and writers around the world have been inspired by dragon legends, and this show promises to put hundreds of examples of such inspiration on display.

The exhibit also explores the scientific roots of dragon mythology. It includes everything from dinosaur bones to academic lectures on dragonflies and Komodo dragons, to a squiggling collection of live salamanders and lizards.

“How was it possible to have thought dragons were real?” says Jayne Custance, the RAM project manager in charge of Dragons. “The exhibit shows how we believed in something so strongly, and how science disproved it. It shows how you grow, and how knowledge changes your world.”

Tying it together is a high-tech audio-visual and interactive computer component, which will guide visitors, especially young ones, through the exhibit on their own dragon quests.

And topping it all off will be a series of public lectures by world-renowned authors and academics on dragon lore, dragon literature, and cryptozoology, dragon puppet shows and storytelling sessions for preschoolers, dragon movies in the museum theatre, and the world premiere of a theatre piece called Fire and Water, the Dragons Awaken, featuring 12 stilt-walkers. You can even send your kids to dragonologist summer camp.

In all, Dragons will be the RAM’s biggest blockbuster in years.

For the RAM, winning the right to host the exhibit was a quest in itself. The show was never designed to tour — Quebec City was supposed to be its only stop outside Paris. It wasn’t easy for the RAM to coax private European collectors who loaned their precious dragon pieces to France’s National Museum of Natural History to let them make an extra stop in Edmonton.

Indeed, not every collector agreed, but the RAM rounded out the show with artifacts from its own collections, with items borrowed from the Royal Tyrrell Museum in Drumheller and the Glenbow in Calgary, and with private loans.

Edmonton’s Korean community is lending the RAM a replica 14th-century armoured warship — even at one-quarter life-size, it’s 7.5 metres long and 2.5 metres wide and features a dragon masthead, which was designed to terrify and confuse enemy sailors by spewing sparks and thick clouds of smoke.

Alberta-born comic-book artist and toy designer Todd McFarlane, who has a whole line of popular dragon action figures, is also loaning some of his original artwork to the RAM. In the end, the Edmonton version of Dragons will actually have more exhibits than the ones in Paris and Quebec City.

For the RAM, bringing Dragons to Edmonton was a coup — and a big morale booster. By now the museum was supposed to be closed, with renovations on a planned $200-million expansion well underway. Instead, those renovations have been placed on what you might call permanent temporary hold.

Rumour has it the province now favours an absurdly expensive plan to create two museums — a renovated natural history and science museum at the current RAM site, and a new social history museum at the legislature grounds, near the old Terrace Building site. The estimated price tag for this new “double-vision”? The number floating around is an eye-popping $1.4 billion — which, if true, may make the project as mythical and fantastical as the dragon itself.

Because the museum expected to be shut down this summer, it had no shows pre-booked. So when the Dragon show unexpectedly became available, curators were able to pounce on it, and bring us back some unexpected treasure.

But while the museum waits for news of its future, this summer’s Dragons show offers a chance to bring in thousands of new visitors, and a chance to show off what a museum can really do. For the rest of us, the show, which will last unti mid-September, will offer the opportunity to reflect on the enduring symbolic power of the dragon, the creature that still haunts our fantasies and our nightmares, that embodies our secret hopes and our greatest fears. And what could be more magical than that?

YEAR OF THE DRAGON

Dragons: Between Science and Fiction opens at the Royal Alberta Museum June 14 and runs until mid-September. The summer lecture series Here Be Dragons … And Other Creatures will run every Sunday afternoon between July 6 and Sept. 14. 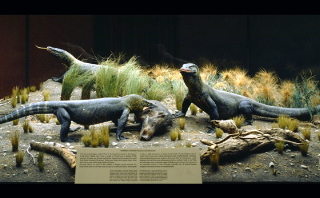