You are here: Home / Ed Bousfield, A Daring Zoologist, Dies 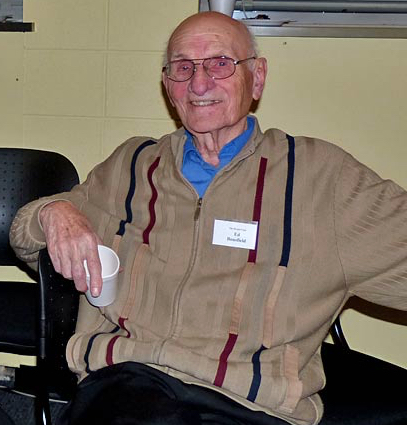 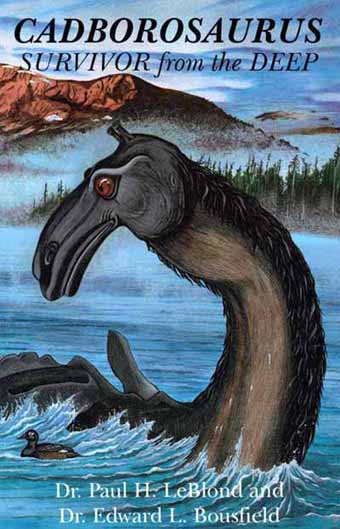 Edward Lloyd Bousfield, 90, an invertebrate zoologist (born at Penticton, British Columbia, on June 19, 1926) died early in September 2016. He is best known in cryptozoology for his co-authorship with Paul LeBlond of their work on Caddy, Cadborosaurus: Survivor from the Deep.

In 2009, Bousfield appeared on the television series, MonsterQuest, as “Himself – Former Senior Scientist, National Museum of Natural Sciences,” as Dr. Ed Bousfield in “Lake Demons“ (2009).

Paul LeBlond has contributed the following remembrance of his friend:

My friend and collaborator Ed Bousfield passed away recently. We first met briefly in the early 1980s through our association with the Groupe Interuniversitaire de Recherches Oceanographiques du Québec. He was interested in marine amphipods (sand fleas); I was studying waves and ocean currents.  We had a lot more in common when we met again at a conference in the 1990s. He had recently retired from his position at the Canadian Museum of Natural History in Ottawa and moved to Victoria. “Have you heard about Cadborosaurus?” he asked me.

I told him everything I knew. He wasn’t the first professional zoologist I met who took an interest in cryptozoology, but certainly the most senior and prominent, a leading taxonomist, fellow of the Royal Society of Canada, and world expert in the biology and ecology of amphipods. Ed immediately joined forces with the British Columbia Scientific Cryptozoology Club and stimulated interest in gathering further evidence about Caddy. We published Cadborosaurus, Survivor from the Deep, in 1995, a systematic review of observations and analysis of biological characteristics of our elusive cryptid friend. A more detailed and formal scientific description also appeared in the same year in Amphipacifica, a Journal of Systematic Biology which Ed edited.

In contrast to many professional zoologists who fear association with those “flaky cryptozoologists,” Ed considered the anecdotal evidence for Caddy as a challenge worth scientific attention.  He always insisted, as did Bernard Heuvelmans, that  he was pursuing zoological investigations, but he gladly offered his professional views and advice to the amateurs of the BC Scientific Cryptozoology Club.  We appreciated his bold approach and deep knowledge.

Paul H. LeBlond  is an ocean scientist specialized in the study of waves, tides, tsunamis and ocean currents.  In parallel to his research and teaching in physical oceanography, he has also pursued an interest in marine cryptozoology, with special focus on Cadborosaurus.  He was one of the founders of the International Society of Cryptozoology, and a co-founder of the British Columbia Scientific Cryptozoology Club.  LeBlond is an emeritus professor at the University of British Columbia, a fellow of the Royal Society of Canada and of the Canadian Meteorological and Oceanographic Society. LeBlond is the author of technical scientific studies, a book on wave research, and two books on Cadborosaurus. Also LeBlond has translated a book from the French on Asian Wild Men and another by Bernard Heuvelmans on the possible survival of Neanderthals. Dr. LeBlond is the first president of the recently founded International Cryptozoology Society. 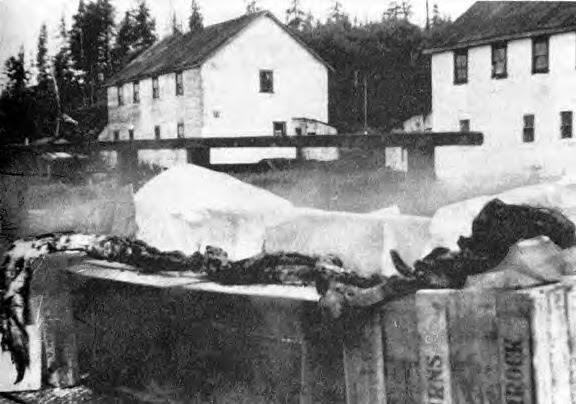 Ed Bousfield had speculated on the probable link between Caddy and Ogopogo.

Dr. Bousfield, who was born in Penticton at the southern tip of Lake Okanagan, said the juveniles feed heavily on salmon, and until the first of 17 dams were built on the Columbia River 60 years ago probably followed the salmon upriver. The Columbia flows to the Pacific from the 80-mile-long lake.

Sightings have been reported on other British Columbia lakes, including Harrison Lake, about 100 miles above Vancouver, and Dr. Bousfield says these indicate similar upriver migration.

He speculated that at least one juvenile came up the Columbia River more than 60 years ago and then could not get back down again because of the hydroelectric obstructions.

Bousfield worked with many researchers around the world on the Sea Serpent and Lake Monster challenges. For example, he shared his thoughts on the sightings and findings of Bill and Bob Clark regarding Sea Serpents in San Francisco Bay.

On October 10, 2013, in correspondence about a 1887 article on a San Francisco Bay Sea Serpent sighting, Bousfield wrote:

The factual information it contains leaves little doubt that a sea serpent of the Cadborosaurus type is involved. The date of the sighting is also valuable, since it indicates that sea serpents have populated SF Bay for at least 135 years, up to the present time…

More than a century has gone by since this event took place, yet there is nothing in the details of
this telling that is not consistent with our present knowledge of the form and behaviour of this type
of megaserpent, including its remarkably fast swimming speed.  As we all know, it has been observed
many times since, at the surface in various parts of San Francisco Bay, and even briefly on shore, as
you experienced during your 25+ years of study of the species.

The Canadian Encyclopedia has this entry about Ed:

Edward Lloyd Bousfield, invertebrate zoologist (b at Penticton, BC 19 Jun 1926). An authority on amphipod crustaceans, marine bio-geography and a fellow of the RSC, Bousfield has been at the National Museums of Canada (Canadian Museum of Nature) since 1950 as invertebrate zoologist, as chief zoologist (1964-74), as senior scientist (1974-86), as curator emeritus (1986-90) and since 1990 as research emeritus. Since his retirement he has been a research associate of the Royal British Columbia Museum (1984-95) and the Royal Ontario Museum (1984-present).

Educated at University of Toronto under A.G. Huntsman and at Harvard (PhD 1954), his early work was on barnacle ecology. Since the early 1950s he has studied the taxonomy and distribution of invertebrates on collecting expeditions all over Canada, in Alaska, on southern US coasts, in the Pacific, and on the Hudson 70 Expedition. Bousfield has described dozens of new species and made major revisions of amphipod classification.

His studies of the taxonomy and distribution of Canadian marine animals are major contributions to knowledge of the country’s fauna. Bousfield also taught, being Adjunct Professor of Biology at Carleton University (1969-84) and as a visiting professor at schools around the world. In 1985 Bousfield received the government of Canada’s Outstanding Achievement Award. 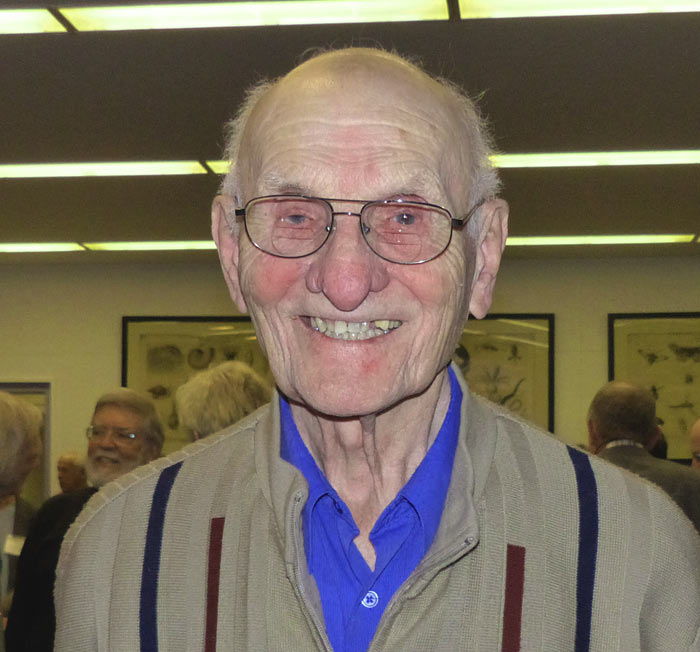 I am hearing about Ed’s passing from Twitter contacts, Darren Naish, and Paul LeBlond. I shall post more, as more is known. Please check back.