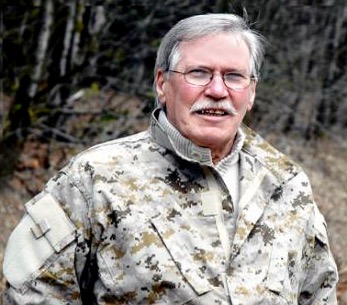 A skilled photojournalist transferred his affection from the Loch Ness Monsters to Sasquatch studies, some years ago, and enhanced the Bigfoot research field. Barry Blount, I’m heartbroken to share, has died on the 4th of July 2016.

It is with great sadness that I have to announce that my husband, Barry Blount, passed away today Monday, July 4th, at the Abbotsford Regional Hospital in Abbotsford, British Columbia.  There will be a very private cremation, followed by a small memorial service at the Cooks Presbyterian Church in Chilliwack, British Columbia, Canada on Friday, July 15, 2016 at 2:00 pm.

If anyone is interested, in lieu of flowers, I am requesting a donation be made to the Vasculitis Foundation of Canada on his behalf.  Barry died from this disease, which is an auto immune disease also known as “Wegener’s disease.” Since it is not a well known, it was difficult for doctors to treat it properly. 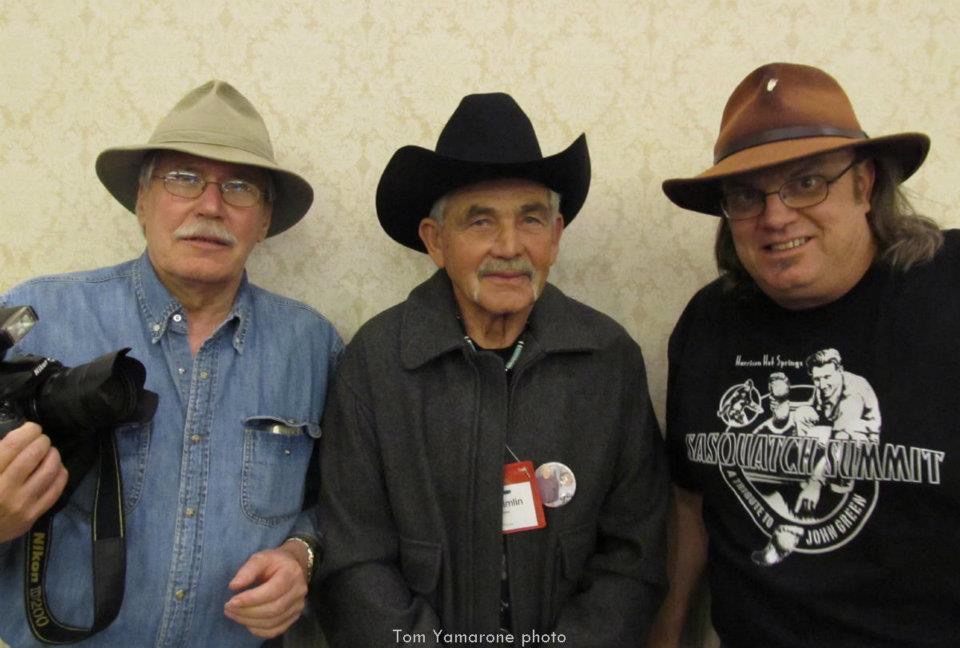 Here is Barry on the left, the official photographer of John Green’s Tribute at the Sasquatch Summit in Harrison Hot Springs in 2011, with Bob Gimlin and Tom Yamarone.

Many people in the field from around North America, including myself, got to know Barry in person for the first time, after corresponding with him for years, at the 2011 event in British Columbia. He was generous in sharing his photos and his positive outlook on life.

This is Barry Blount during the May 2014 trek of a British Columbian Sasquatch investigations team, while in the Golden Ears Provincial Park exposing a hoaxed photo.
Below, from left: Barry Blount, John Kirk III, Heath Blount, Thomas Steenburg and Bill Miller. 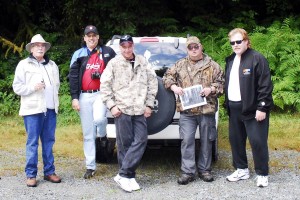 The biography from Sasquatch Country Adventures gives some insights into Blount’s background in the field:

Barry Blount has had an interest in the area of Cryptozoology since the 1960s when he
spent five years doing investigation and photography assignments in Loch Ness. Barry’s
interest then branched over into the topic of the Sasquatch. Upon coming to Canada, he
became part of an investigative research team. In 2007, Barry became acquainted with
Bill Miller and Thomas Steenburg, among several other people in the Sasquatch
community. It was soon afterwards that Barry found himself directly involved in Sasquatch
research by participating alongside Bill and Thomas in their investigations of sighting
reports and field studies throughout the lower Fraser Valley. Barry’s honed photography
skills with a camera became a welcomed asset for the research team.

It was in the fall season of September of 2008 that Barry actually got to witness and study
first hand some impressive Sasquatch track evidence in Ruby Creek after a hunter
reported having an encounter with the creature only days before. It was Barry’s meeting
the hunter that led to him being invited to be on-site during the taping of the Ruby Creek
encounter by the Dangerous Films production of Bigfoot: The Definitive Guide.

Barry has gone on since that time to do assignments for “Bigfoot Times” out of Norwalk,
California and for the “British Columbia Scientific Cryptozoology Club.” Barry’s outdoor
photography skills are the result of his many years of experience. Selections of his high
quality works have been included in the “2010 Agassiz Calendar”, as well as in a self-
published “2010 Sasquatch Calendar.” Barry’s most recent work was with Chris Murphy
when he co-authored a booklet titled “Yale and the strange story of Jacko the Ape boy.” 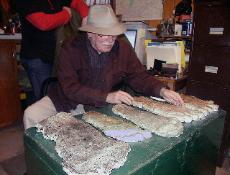 The book on Jacko was published in 2011 by Hancock Press. The book features Christopher L. Murphy’s and Barry G. Blount’s trip to the Yale region of British Columbia, where the capture reportedly took place, as well as present and past photographs of various locations. Blount’s photographic skills were an asset and positive resource to the Sasquatch field. His humor and companionship will be missed.

[More details on his life will be shared as they come my way.]