I was contacted by a reporter yesterday, asking for a quotation about Tom Biscardi. Apparently, Biscardi’s talked the BBC into filming some “Bigfoot expeditions” of his.

I really don’t like to give the guy attention and only post this here to give you all fair warning. I pointed the reporter to the history of Mr. Biscardi’s past fakery documented at Cryptomundo, and to my favorite quotation that I gave to the hometown newspaper of the police officer, one of the Atlanta-area hoaxers, who was in the triad with Tom Biscardi regarding the 2008 events of the Georgia Bigfoot fakery:

“Biscardi is a Las Vegas promoter and a showman, and he’s doing it again,” [cryptozoologist Loren] Coleman said. “That’s what he’s really good at. It’s like, ‘Would you like to come into my tent? I’ll show you this one picture. Isn’t that interesting? Pay me to see more.’

“He’s already gone through several hoaxes,” Coleman said. “We always say, ‘This is the end of Biscardi. He’s never coming back.’ I mean, the man has nine lives.”

Here is an update on what is known about what Biscardi is up to for the fall of 2011:

A Bigfoot researcher based in Redwood City will be leading an expedition this month to search for signs of the elusive biped in the company of a team of British filmmakers.
Tom Biscardi of Searching for Bigfoot, Inc. will be looking into several reported Bigfoot sightings and an alleged Bigfoot shooting in areas including Fayetteville, Ark., Mammoth Spring, Ark., Mokena, Ill., Fredericksburg, Va., and some locations in the Florida panhandle.
Biscardi will also be appearing at the Pocono Mountains Film Festival in Stroudsburg, Penn. on Oct. 22, where his recent film, “Anatomy of a Bigfoot Hoax,” is entered in the category for “Best Documentary.” 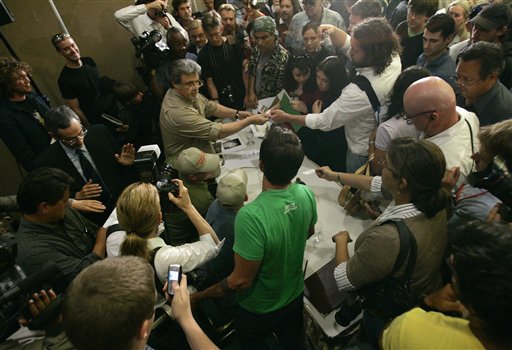 Tom Biscardi’s journey with Ivan Marx and others began long ago. 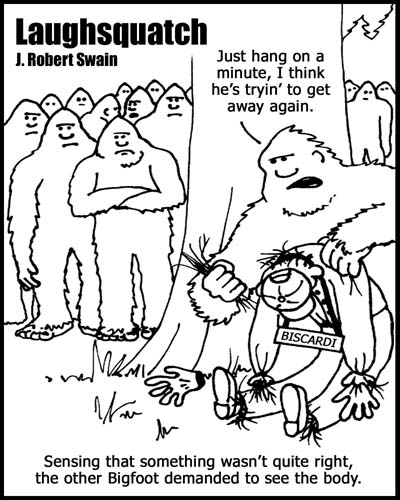