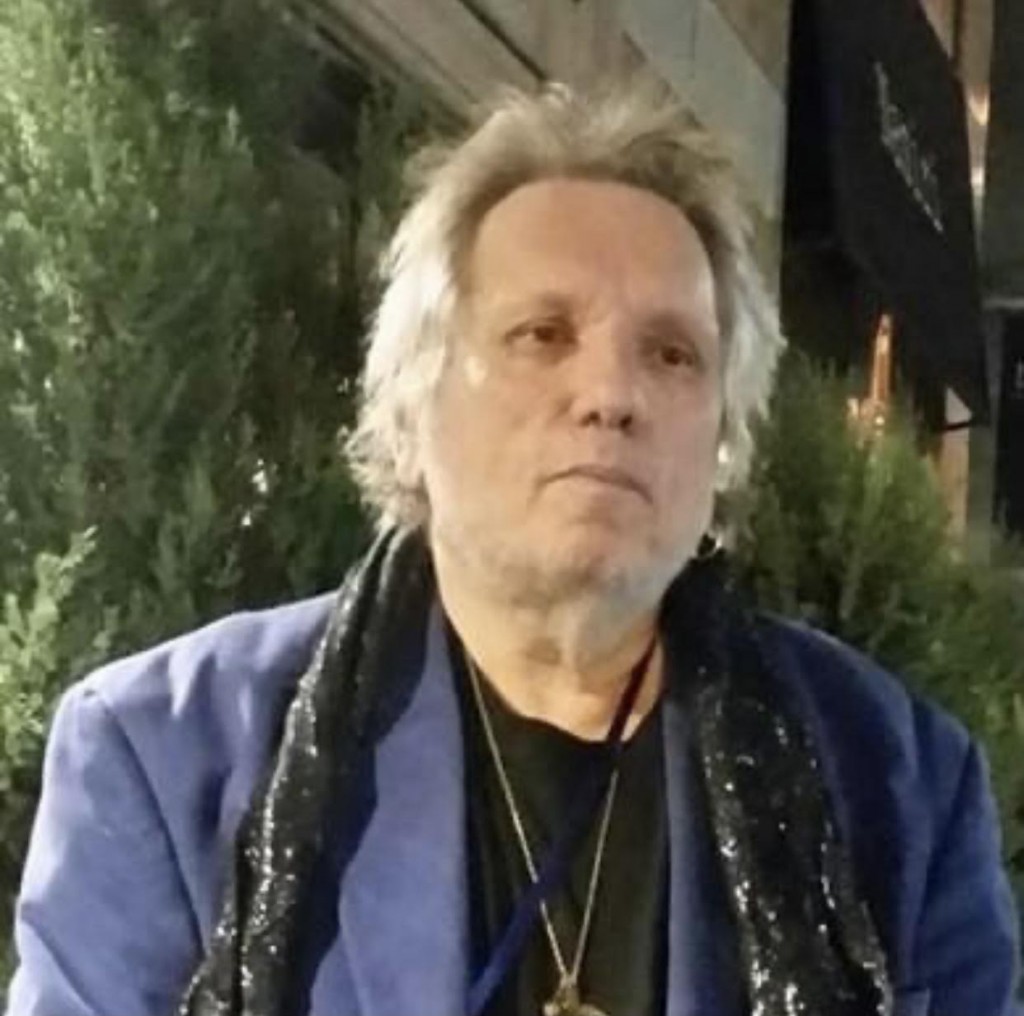 On Memorial Day, May 31, 2021, word spread on social media that Timothy Green Beckley had passed away. A well-known ufologist and author, he wrote and published books on creatures, weird phenomena, and flying saucers in his trademark colorfully covered texts.

Facebook conveyed messages from family and friends that Beckley had died of a heart attack.

Conflicting reports of his age ranged from 65 to 69. On Facebook, his birthdate is given as July 13. Whereas on the IMDb, as Timothy Beckley, Tim Beckley, Jeremy Stone, and  other stage names, he is said to have been born on March 4, 1952 as Jeremy Stone. “He is an actor and producer, known for Sandy Hook Lingerie Party Massacre (2000).” 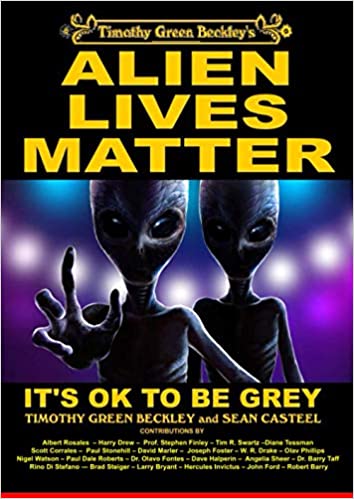 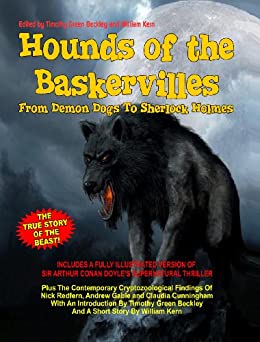 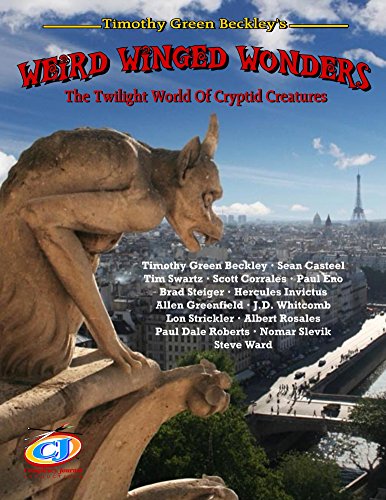 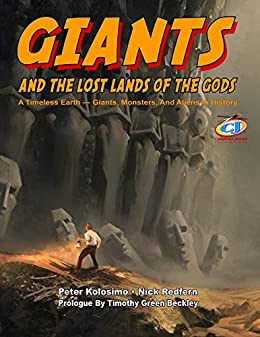 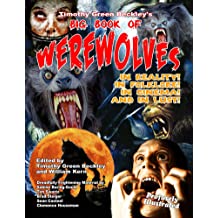 His apparently self-authored bio sketch is found throughout the internet. It fills the basis of his obituary:

Tim Beckley had so many careers that even his own girlfriend didn’t know what he did for a living… Timothy Green Beckley has been described as the Hunter Thompson of UFOlogy by the editor of UFO magazine Nancy Birnes. 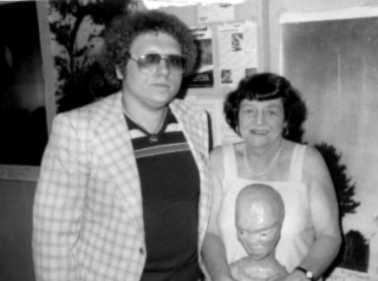 Since an early age his life has more or less revolved around the paranormal.

At the age of three his life was saved by an invisible force. The house he was raised in was thought to be haunted. His grandfather saw a headless horseman.

And saw his first of three UFOs when he was but ten, and has had two more sightings since – including an attempt to communicate with one of these objects.

Tim grew up listening to the only all night talk show in the country that revolved around the strange and unexplained. Long John Nebel’s guests included the early UFO contactees who claimed to have visited other planets and built time machines in the desert. Tim was fascinated by everything that went bump in the night – or even in the daylight for that matter. Years later, Tim was to appear on Long John’s show numerous times and over the years has been a frequent guest on hundreds of programs which have come and gone just like ghosts in the night. He was a popular guest on Coast to Coast AM. Has appeared on William Shatners Weird Or What? And an episode of UFO Hunters regarding the dreaded Men In Black. He has his own podcast, Unraveling The Secrets and MR UFOs Secret Files, a new YouTube channel. 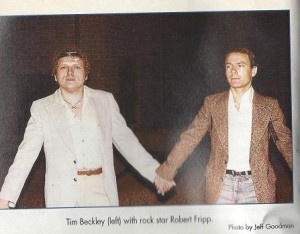 From the 1970s — The author Tim Beckley during a special meditation and skywatch with King Crimson guitarist Robert Fripp to try and “bring down” a UFO.

Tim started his career as a writer early on – at age 14 he purchased a mimeograph machine and began to publish the Interplanetary News Service Report. Over the years he has written over 25 books on everything from rock music to the secret MJ12 papers. He has been a stringer for the national tabloids such as the Enquirer and editor of over 30 different magazines (most of which never lasted more than a couple of issues). His longest running effort was the newsstand publication UFO UNIVERSE which went for 11 years. Today he is the president of Inner Light/Global Communications and editor of the Conspiracy Journal and Bizarre Bazaar.

The UFO Investigators League was a UFO group founded by Timothy Green Beckley in the early 1970s. They were a member of the Coalition of Concerned Ufologists and branched into state chapters.

In Jerry Clark’s adolescence, he was assistant editor of a mimeographed saucer zine under Beckley.  Clark writes “He was numbered among the generation of teen ufologists (Beckley, Steinberg, Halperin, Greenfield et al.) from whom I sprang.  Amazing how many of us stayed with it.
“Tim was a one-of-a-kind character is a field filled with them.  He and I did Gene Steinberg’s show together earlier this year.  He was a good guy, and I’ll miss him.”

He is one of the few Americans ever to be invited to speak before closed door meetings on UFOs presided over by the late Earl of Clancarty at the House of Lords in England. He visited Loch Ness in Scotland while in the UK and went home with a belief that Nessie was somehow connected with dragons of mythology as well as strange discs engraved on cathedrals and ghostly phenomenon.

The Inner Light Publications and Global Communications’ catalog of books and video titles now number over 200, including the works of Tim Swartz, T. Lobsang Rampa, Commander X, Brad Steiger, John Keel, Tracy Twyman, Wendelle Stevens and a host of many other authors.

Because of his fair and balanced approach he made friends with everyone regardless of whether or not he believed their stories.
Tim has written over 30 books himself, and contributed to dozens more, including:
OUR ALIEN PLANET-THIS EERIE EARTH
STRANGE SAGA
JOHN LENNON – WE KNEW YOU
SECRET PROPHECY OF FATIMA REVEALED
SUBTERRANEAN WORLDS INSIDE EARTH
THE TRUTH ABOUT CRASHED UFOS
UFOS AMONG THE STARS (Celebrity encounters)
MJ 12 AND THE RIDDLE OF HANGAR 18

Tim was known among horror movie fans as Mr. Creepo. When asked his major cinema influences he mentioned Nancy Reagan as having gotten him involved as a horror host. During the hay day of double features and Time Square grind houses he worked as a movie review critic as well as a publicist for several small film companies. His recent efforts include Skin Eating Jungle Vampires and Blood Sucking Vampire Freaks. 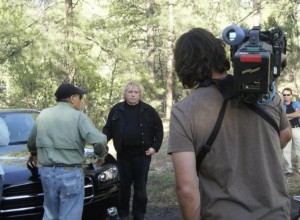 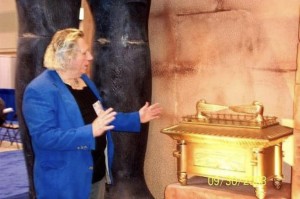 He appeared on UFO Hunters and other tv reality programs. 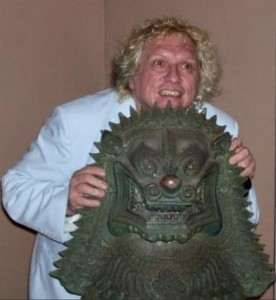 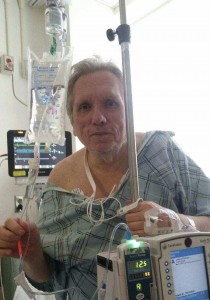 In July 2020, Timothy Green Beckley shared a photograph of himself when he was hospitalized for breathing problems. He died on or about May 31, 2021. 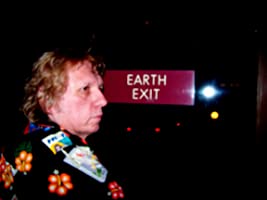 Timothy Green Beckley was born on March 4, 1952, as Jeremy Stone. He was an actor and producer known for Sandy Hook Lingerie Party Massacre in 2000.

Beckley had so many careers that even his girlfriend didn’t know what he does for a living. The editor of UFO magazine, Nancy Birnes, described him as the Hunter Thompson of UFOlogy. 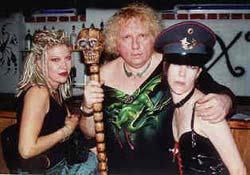 (The event known as the “Sandy Hook Massacre” took place at the Sandy Hook Elementary School on December 14, 2012, in Newtown, Connecticut. This 2000 film was set in Sandy Hook, New Jersey.) 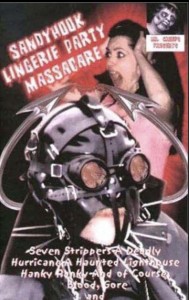 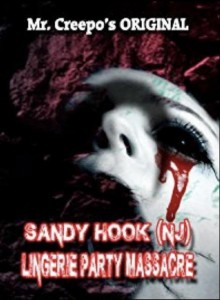 Note: USdaynews (not USA Today) lists Tim Beckley as a “Celebrity Death” without a cause. We now know it was a heart attack. They also mention that the UFO pioneer “was the former film reviewer for Hustler magazine and editor of Adult Cinema Review.” 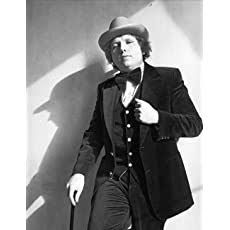