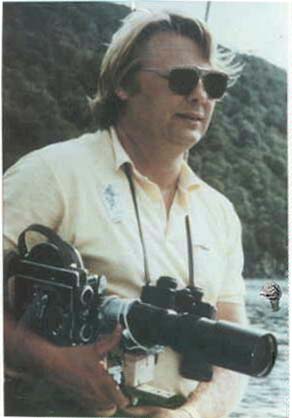 On June 4th, I noted that Erik had taken a turn for the worst, in his battle with cancer. 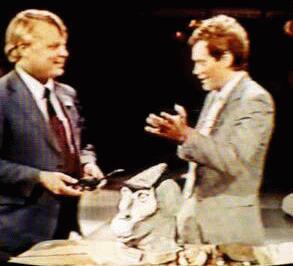 One of Erik’s proudest moments: His appearance on David Letterman’s show.

Earlier in 2008, Jon-Erik Beckjord posted the following on his personal forum:

My enemies will rejoice. It comes to us all. To some earlier; to some later. Like Rene Dahinden, I have advanced prostate cancer and it has advanced to the bones. I was warned on the Lummi Indian Reservation that if you see Bigfoot/Sasquatch too often, it is a sign they are taking you to them, to join them…Roger Patterson got the best Bigfoot movie of all time, 58 sec, and within four years passed on with Lymphatic cancer (Parkenson’s disease [?] ). Bob Titmus also suffered cancer and he had a number of very excellent sightings. He survived quite a long time but it got him in the end….Bob Gimlim has had four heart by-pass operations. His time, too, is limited….The ride, however, has been one hell of a ride, and I have met some fabulous people, and learned some incredible things. I’m 68, Dahinden was 70, Titmus was in his 80s. I’ve crammed in a life of 200 years into one life .Jon-Erik Beckjord, January 30, 2008. 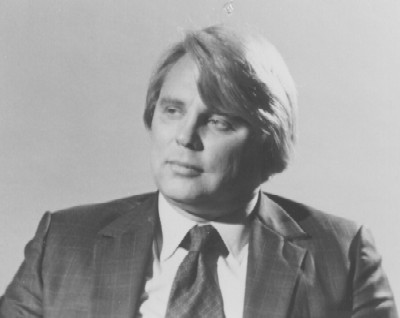 Here is the formal obituary as published in what is, in essence, his hometown paper:

Erik Beckjord, a paranormal investigator who tried to share his theories at his UFO, Bigfoot and Loch Ness Monster Museum in North Beach, has died at age 69.

Mr. Beckjord, who had prostate cancer, died June 22 near his home in Lafayette, where he was caretaker of the Crosses of Lafayette, a monument dedicated to the more than 4,000 American troops who have died in the war in Iraq.

According to his Beckjord Blog, he was in charge of updating the sign displaying the total death count at the monument, which includes thousands of small white burial crosses on a hillside overlooking Highway 24 and the Lafayette BART Station.

Jon-Erik Beckjord was born in 1939 in Duluth, Minn. His father was Col. Philip Beckjord, a physician who ran Army field hospitals in Germany during World War II.

Mr. Beckjord grew up overseas and in the Washington area. He came west to attend graduate school at UC Berkeley. Eventually he went to Hollywood, where he was living when the Malibu fires of 1993 tore through his first Bigfoot Museum. According to family friend Molly Hanson, he lost what he claimed were nine huge track castings of the footprints of the elusive Sasquatch and the only known existing hair and blood samples. But the Bigfoot Museum survived.

Mr. Beckjord surfaced in San Francisco three years later. He opened his Bigfoot, UFO and Loch Ness Monster Museum on Union Street just west of Washington Square on Halloween in 1996. An additional area of expertise was crop circles, which he documented on expeditions to the United Kingdom.

“I’m not going to waste a whole lot of time convincing the skeptics,” he told a reporter a few days before opening, “because the skeptics are not going to pay even a dollar to get in here.”

The nonskeptics were expected to pay $3 ($2 for children) to come in and see his science fair-style displays, but the main attraction was the oversize museum founder and curator, who sat at a desk willing to discuss at length any sightings or other documentation.

He trusted hunches and distrusted the government. One of his hunches was that clues to solve the Nicole Simpson murder were buried in wet leaves at the scene. Under cover of night, Mr. Beckjord said, he went to the scene with a psychic to investigate. The evidence he collected was in a special “O.J. Room” at the museum.

“A lot of this weirdness is right under our noses,” he said at the time. “We may belong to aliens. We may be experimental animals. But I can’t prove it.”

As it turned out, the lack of any substantial evidence was a detriment to paid admission at the museum. It didn’t last long. He then operated Captain Neon, a repair company for electrical appliances.

Survivors include brothers Ross Beckjord of British Columbia, and Peter Beckjord of Maryland and sister Pam Forbes of Virginia. A private service and burial will be in Duluth in autumn.

Considering that Erik Beckjord impulsively communicated at all hours of the day and night, via phone and emails, it is ironic to learn that he died over a month ago, without the word getting out until now.

Sorry to see that the “Bad Boy of Bigfootry” has lost his fight with cancer, for the email and internet will be a bit quieter without his presence.

The death hoax rumor that you may have heard circulating is untruth.

Erik Beckjord has been confirmed as having died on June 22, 2008: See Undeniably And Reliably Dead?