You are here: Home / Monster Experts Tell All

Chris Robinson at the Royal Alberta Museum passes this along to be shared:

Lecture Series: Here be Dragons … and Other Creatures 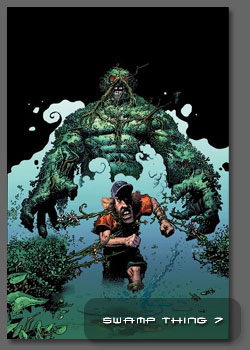 The cover of Swamp Thing Issue 7 features the titular monster and cryptozoologist Coleman Wadsworth, a character based on monster expert Loren Coleman, who speaks in Edmonton later this month.
Chris Schwarz, The Journal

EDMONTON – The Royal Alberta Museum’s dragon-obsessed summer continues this weekend with the launch of a two-month-long lecture series chockablock with international experts on monsters of all stripes.

As part of Dragons: Between Science and Fiction, the expansive exhibit of all-things-dragon-related, the museum is hosting a series of Sunday afternoon lectures. They start[ed on July th] with a lecture by Harry Potter expert and author Edmund Kern (talking about the role dragons play in the Potter books) and conclude Sept. 7 with a lecture by Edmonton-based author and TV host John Acorn.

Coleman, the world’s leading authority of cryptozoology, says this relatively new field of study is exciting because “it overlaps nature, outdoors recreation and adventure” into one easy-to- grasp package.

Cryptozoology is the scientific study of as-yet-unknown animals about which exist only circumstantial, or at best insufficient, material evidence: Everything from Western Canada’s Sasquatch to giant varieties of giant squid off the coast of Newfoundland and Labrador.

In short, “What better way is there to get away from a boring job than to go on a hunt for a lake monster or Bigfoot,” Coleman says, adding that cryptozoology is “proven correct every day.” More than 130 species of new vertebrates have been discovered “since the start of this year alone. … That’s a lot of new animals.”

As for still-unknown species such as the Sasquatch, Coleman says there are more than enough unexplored and underexplored forests, swamps and jungles in the world to yield a plethora of biological surprises.

“Sasquatch may still be discovered because the world is quite large and quite unknown. Eighty per cent of the land surface of Western Canada is covered in trees.”

While dragons of myth — “fire-breathing beasts with all these points and projections off their body” — interest cryptozoologists the least, Coleman says that even these over-the-top legends probably have real-world roots.

“Large monitor lizards were likely seen coming out of lakes and in the cold months their breath had a nice frosty look to it which was exaggerated into fire-breathing dragons.” 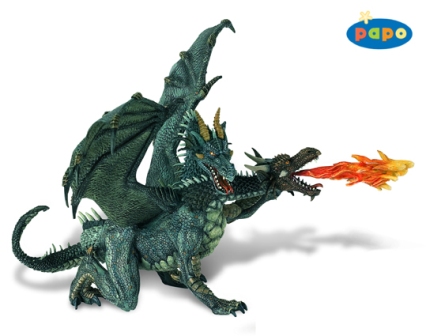 Hogarth says ancient humans may have told lots of stories about dragons, but weren’t expecting to see one actually flying overhead.

“People needed to believe in dragons as a way to explain parts of their world and history,” he says.

“The ancients didn’t have a concept of deep time like we do and wouldn’t know just how old a dinosaur fossil they’d just found really was,” he says.

“There were also times in our history when people were very much excited by stories of exotic places and exotic beasts, which puts dragons on the same plane as elephants and giraffes.

“We have to remember that images of these other exotic but real-world animals were exaggerated, snowballing from one account to another.”