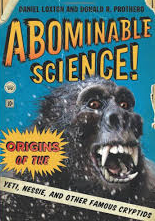 Daniel Perez has given his permission to share his forthcoming review from Bigfoot Times, which has also appeared on Amazon.com:

There are good reviews of this book by others. 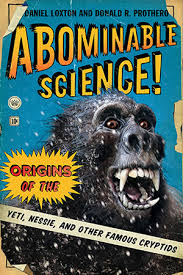 I point especially to Matt Bille’s critique which notes that the Abominable Science authors “agree with Greg Long’s debunking of the Patterson film, although they should have mentioned that Long’s book presents two contradictory accounts of the suit (a modified theatrical costume vs. a heavy horsehide suit) without reconciling them.”

Bille also points out that this book’s writers “shouldn’t cite climber Reinhold Messner’s belief that the yeti is a brown bear and not mention he thought it was a bizarre bipedal whistling species, not an ordinary Ursus arctos.”

This book further, Bille’s review finds, contains “two of the omissions here, though, are startling: the New England serpent of 1817 and the Nicoll/Meade-Waldo sighting of 1905, which are foundational episodes in any argument for the sea serpent. While they analyze and reject two other ‘touchstone’ cases, the Daedalus sighting and the Cadborosuarus events, they ignore the other two. Loxton explained they meant to include the New England case but it just got lost in the crunch of writing a book that was 200 pages over the specified length and two years behind the original deadline: I can sympathize, but the New Englander still needed more than a passing mention. On Meade-Waldo, Loxton (who wrote this chapter) advised me that they left it out because it didn’t fit in with the main sea serpent story: in other words, it was an outlier in which the animal as described was something other than the classic sea serpent. I can see the logic, though I disagree with it.”

Laurence Clark Crossen penned a comment that is worthy of reading, and states the following I wish to share here:

-cryptozoology is not so much “built on openness to first-person
testimony” as on respect for native testimony.

-science should not be any more skeptical of new ideas than old
ones.

-Messner’s account must be clearly recognized as a tall tale.

-Abominable skeptics (unlike law enforcement officers who know
better) love to accept false confessions like Ray Wallace’s.
Wallace was a transparent and facile joker who is unlikely to
ever have fooled anyone for a moment.

-Romantic zoology or cryptozoology is not anti-scientific. It is
part of the best scientific tradition of open minded exploration.

-Most cryptozoologists have no belief system dictating their
views, do not presume the creatures exist, and are not
creationists.

Bill Munns at Amazon.com has written that

Loxton is discussing a topic in which there is a wealth of fine empirical data and a equally voluminous heap of poor anecdotal evidence and the author totally dismisses the fine empirical data with absolutely no justifiable explanation, and wallows in the poor anecdotal evidence instead as if it were splendidly scientific. The author also looks to material nine or more years outdated, and demonstrates virtually no awareness of new research, data, developments, or shifts of the landscape of the controversy more recently than 9 years ago, when there has been tremendous new material and analysis work worthy of his evaluation. This is intolerable and unconscionable in a work proportedly to be educating the public about good science. 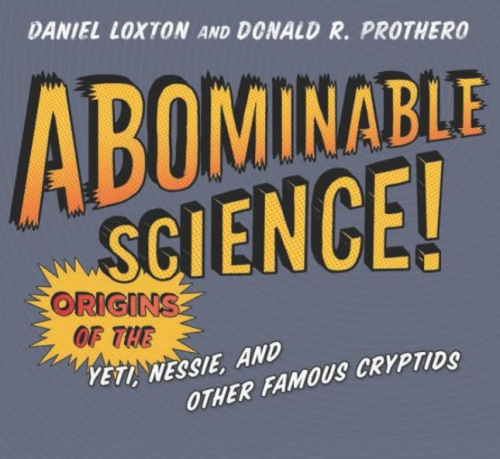